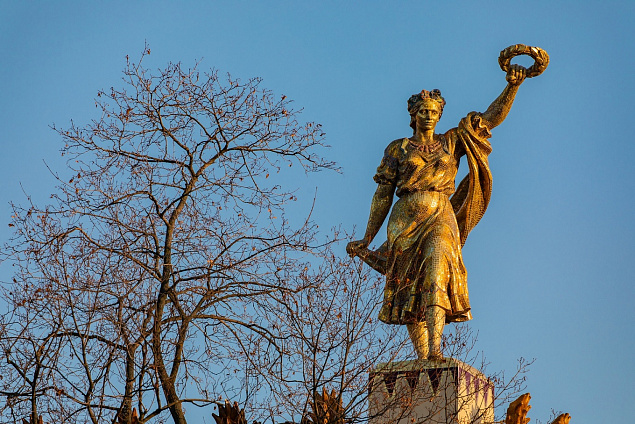 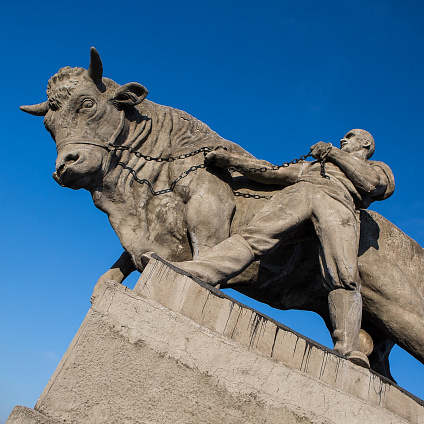 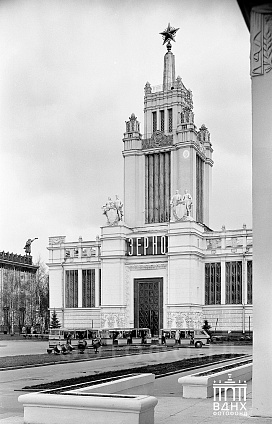 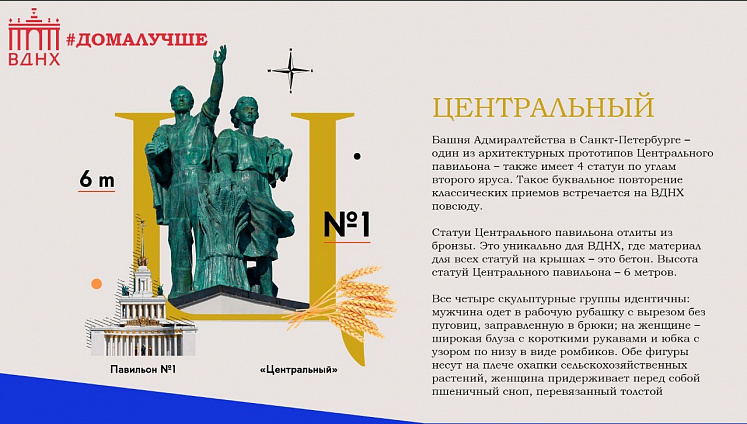 The People Above: A project dedicated to VDNH's sculptures

The VDNH compound is packed with architectural masterpieces. Not all of them are immediately obvious, as some are on the top floors or on the rooftops of the pavilions. Just lift up your head—there is a whole different world of fascinating characters up there, each with its own story to tell. We have launched the People Above project to introduce you to those characters.

The stories of the sculptural artworks atop most VDNH pavilions are available even now, including Central Pavilion No. 1, No. 18 Republic of Belarus, No. 51 Meat Industry, No. 58 Agriculture (formerly the Pavilion of the Republic of Ukraine), No. 59 Grain (formerly Moscow Region), No. 71 Nuclear Power (formerly Russian Soviet Socialist Federation) and some others.

Now that the Exhibition's grounds are open to the general public, you may wish to follow the suggested itinerary and try to locate every sculpture. To find out why each of the sculptures was created, please refer to the project website. VDNH Museum Curator Pavel Nefyodov shares some interesting and incredible facts about VDNH's sculptures.

'It is well known that the creators of VDNH were mainly inspired by the classical architectural tradition. In the classical tradition, which formed in ancient Greece and flourished through the Age of the Renaissance, it was customary to decorate building façades with statues. However, the VDNH architects vested this artistic device with a new meaning, populating the Exhibition rooftops with numerous Soviet working-class images—workers and peasants, men and women. These are "talking" sculptures, which hinted the concept and message of each pavilion to its visitors. Today these sculptures from the past require explanation themselves', according to Pavel Nefyodov, VDNH Museum Curator and author of the VDNH Guidebook.

This project juxtaposes rare historical stills from the VDNH archives with contemporary shots, taken from the rooftops or a from a quadcopter drone.