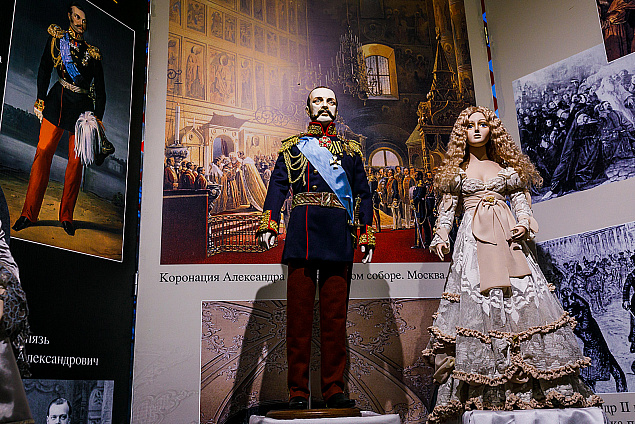 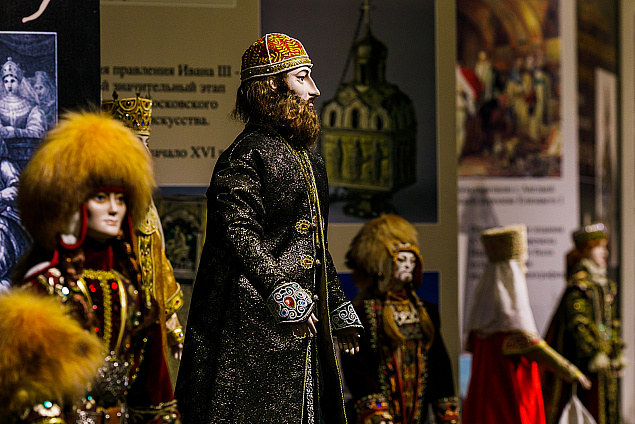 Today from 11:00
Buy tickets On map
About event

The Doll Museum is part of the Friends of VDNH loyalty programme.

Now you can visit Pavilion No. 16 Hydrometeorology to see how royal fashion has changed over time—from the Middle Ages to the early 20th century; learn interesting facts in the history of costumes, for example, why only the nobility were able to wear blue in Ancient Russia and how much the coronation gown of the first Russian tsars weighed; and admire the unique collection of dolls by Olina Ventsel.

The collection consists of over 50 dolls in total, each made by hand, from 70 to 100 cm tall. We are especially proud of the costumes created using old sewing techniques, antique fabrics and accessories.

The exposition focuses on the Romanov dynasty. At the exhibition, you will 'meet' the first Russian emperor Peter the Great, empress Catherine the Great, emperor Alexander III, as well as contemporaries and allies of the royal family, including the great commander A. V. Suvorov, M. I. Kutuzov and the reformer P. A. Stolypin.

Schedule
Mo
Day off
Tu — Su
11:00 — 20:00
Tickets price
Full-price ticket
RUB 350
Discount ticket
RUB 150
Schoolchildren, full-time students, pensioners of the third group, large families, museum attendants.
Free admission
Pre-schoolers, children from large families, veterans of WW2 and other conflicts, disabled people in categories I and II and those accompanying them.
Family ticket
20% Discount
Applicable for groups of over 3 or more. Come with your family, buy 3 or more tickets, and get a 20% discount.
Loyalty programme
Sign up to our Friends of VDNH loyalty programme for a discount on museum tickets.
Additional services
Excursions for school groups
Start daily, except Monday, from 12:00 PM to 5:00 PM (5:00 PM – start of last excursion) Sign up for an excursion two week before your planned visit by calling +7 (985) 420-81-55. With every 10 children, one accompanying adult can attend for free. Other accompanying adults must purchase buy a ticket to join the excursion.
Excursions (group of up to 4 people)
RUB 700
Excursions (group of up to 5 people)
RUB 150 per person
Audio guide
RUB 100
Contacts
Phone
+7(985)420-81-55
E-mail
tickets@vdnh.ru
Address
119 Mira Avenue, pavilion No. 16
Website
agallery.ru
instagram.com/dolls_agallery
Other events
Exhibition Exhibitions at the 'Slovo' Centre for Slavic Writing Today from 11:00 Exhibition Exposition of the VDNH Museum Today from 11:00
Recommend
Exhibition Exposition of the Cosmonautics and Aviation Centre Today from 11:00 Exhibition Buran Interactive Museum Complex Today from 11:00 Exhibition Exhibition «Unofficial Vision of Official Photographers» Today from 11:00
В подборке
Открыть мою подборку