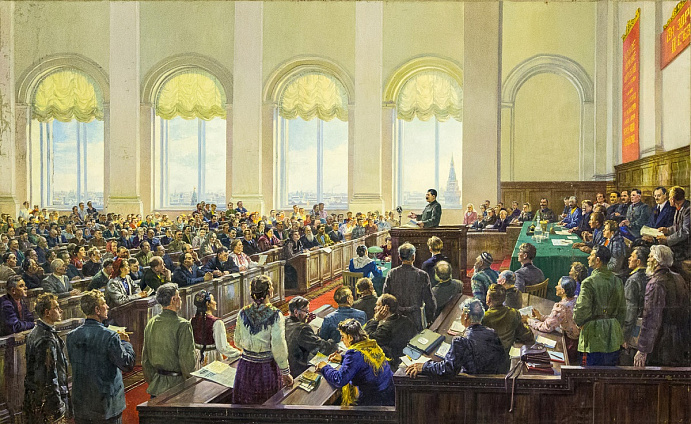 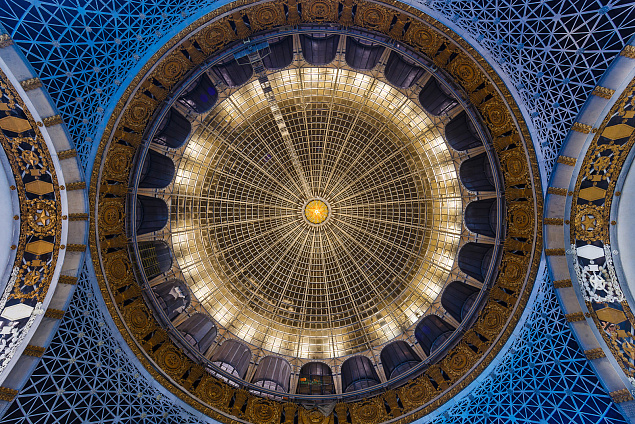 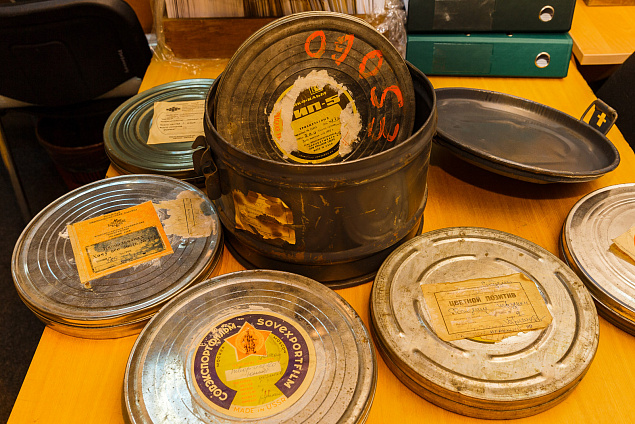 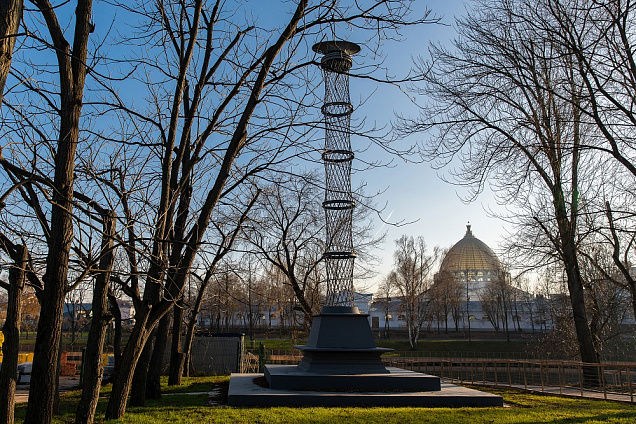 Renovators make over 20 important breakthroughs and discoveries at VDNH

Work on reviving VDNH’s historical appearance and restoring its landmarks in a comprehensive, research-informed way has been ongoing since 2014; over this time, the experts involved have made a number of vital discoveries. All of their finds are invaluable in terms of historical and cultural significance. Many of the artefacts found at VDNH were previously considered lost to time. Natalia Sergunina, Deputy Mayor of Moscow, comments that some finds, previously in very poor condition, have already been restored; others are still awaiting restoration.

‘The revival of VDNH is a large-scale programme, and its fundamental aim is the restoration of architectural sites. The Moscow government set out to renovate the exhibition in 2014, as soon as it became city property. The number of important discoveries made by the renovators over the past seven years exceeds 20. Some of the artefacts uncovered in the pavilions include the original architectural decor, unique paintings and archival films,’ Natalia Sergunina commented further. She is cited by the mos.ru portal.

Some of the very first discoveries were made during the renovation of the Central Pavilion (Pavilion No. 1). Specifically, while working in Room No. 9 in April 2014, the renovators spotted a haut-relief hidden behind some plywood: sculpted by Yevgeny Vuchetich, it is titled Glory to the Soviet People, the Standard Bearer of Peace! It was thought irretrievably lost for some 40 years.

The haut-relief covers an area of 90 sq. metres. The sculptures depict over 1.5 thousand people. These plaster figures had been damaged greatly over time. The experts had to work really hard to recreate the damaged fragment, remove dirt, reinforce the seams between different segments, fill in the cracks and repaint the haut-relief the way the author had intended. The restoration took a total of about one year.

And in September 2014, the team working in the basement of the same pavilion unearthed another large-scale artwork, also considered lost. It was a painting titled Second All-Union Congress of the Collective Farmers and Labour Strikers of 1935 and drawn over a 6.75 x 11 metre canvas. The artwork was created in 1953 by a team of artists under the leadership of Alexander Gerasimov.

Another remarkable find from the Central Pavilion is a series of harvest murals dating back to 1958. Among the murals is a depiction of a combine harvester, discovered on the wall of the Machine and Tractor Station room. Another mural fragment features an industrial plant, painted by an unknown artist.

Historical coats of arms and a unique chandelier

Pavilion No. 34 (formerly Mechanisation, currently Space) has also been the sight of multiple discoveries. Its building remained deserted for many years, but it has now been painstakingly restored and made fit for use.

In the spring of 2017, renovation experts uncovered and restored several historical podiums with breccia plate finish and granite bases, as well as elements of wall decoration and white marble door portals, which had been assumed lost. The granite slabs found during the restoration had once been used to decorate the helling, which was originally a hangar facility and got repurposed as an exhibition venue in 1939.

As for the white marble elements of the wall decor and the door portals, they have been well-preserved. The professional team has cleaned them all up, removing dirt layers and polishing the surfaces.

At the base of the pavilion’s dome, the renovators have found 26 coats of arms, which spent a long time covered up by canvases. They include: the coat of arms of the USSR, 15 coats of arms of the Union Republics and 10 industry emblems. All have been fully restored and now adorn the building.

Aside from the coats of arms, the Space Pavilion has another treasure on display: the restored star-shaped chandelier. It first appeared here in 1954, when the pavilion was renovated before the exhibition’s grand re-opening after World War II. As the compositional centre, the chandelier used a star weighing about a ton, which previously used to adorn one of the Kremlin towers (from 1935 to 1937). This unique structure has been restored according to historical design sketches.

VDNH Museum, which you will find inside the Main Entrance Arch, exhibits rare footage from the 1950s through the 1980s, which documents the achievements of the Soviet science, technology and agriculture. The archival films were discovered in 2017 in several pavilions: Young Naturalists (Pavilion No. 8), Oil Industry (Pavilion No. 25), Geology (Pavilion No. 31) and Poultry Farming (Pavilion No. 37).

The expert team managed to get their hands on about 100 rolls of colour and black-and-white film. Back in the past, such films were used as a supplementary material by the local tour guides: after the tour was completed, the guides would show their guests thematic footage in small auditoriums, which functioned in multiple VDNH pavilions.

A variety of such films has been preserved until today: they talk about work of Soviet poultry farmers and geologists, the production of soft toys and so much more. Some of the footage has been digitalised and shared with the exhibition complex museum.

Several important finds were made at the same time during the preparations to restore Pavilion No. 31, Geology (formerly Flax, Hemp and Other Textile Plants). About 50 samples of minerals and ores from the Union Republics were found here. The ores had been exhibited at the pavilion between the 1960s and the 1980s and were subsequently ‘lost’. They include: Ural bauxite, fluorite deposits from beyond Lake Baikal, apatite ore from the Khibiny Mountains, antimonite from Kyrgyzstan and other geological specimens. The most precious specimen of all is the 80-centimetre rock crystal druse (cluster). It weighs about 150 kilograms.

In addition, when clearing the plaster layer off the columns in the main hall, the experts found the remains of wallpaper rolls; and behind them, a well-preserved 1958 mural depicting scenes from the life of geologists. This mural is now protected by security.

Pavilion No. 5, Physics (formerly Latvian SSR), has also been the sight of mural discoveries. The main façade windows were originally decorated with stained-glass depictions of cityscapes and agricultural scenes, but they have not survived to this day. What has survived, however, is a collection of monochromatic, multi-shade murals in the grisaille technique, with stencil patterns on top of them. They show motifs like clover leaves, ribbons and ears of corn. The pavilion is currently under renovation. The plan is to open a housing and utility service museum here after the work is complete.

The restoration team was in for yet another surprise when they started dismantling the more contemporary brickwork façade of Pavilion No. 6, Chemistry (former Lithuanian SSR). They found two bas-reliefs, which had once adorned the wall of the building from 1954 to 1969: one depicts a milkmaid and a swineherd; the other, a harvest of vegetables, fruits and grain. Both bas-reliefs are exceptionally well-preserved. The exhibition guests can now see them on the central façade.

Similar discoveries accompanied the restoration of Pavilion No. 11, Metallurgy (formerly Kazakh SSR). As the exposition theme changed in the 1960s, the façade was covered up by sheets of steel. It turns out that these false walls were concealing bas-reliefs celebrating Kazakhstan’s agriculture, created by sculptor Khaz‑Bulat Askar‑Sarydzha in 1954. The bas-reliefs were uncovered in 2017. Fortunately, their condition is fairly decent. Due to them being well-preserved, the figures of people and animals are easy to make out in detail. Renovations at the pavilion are currently complete. The exhibition and trade centre of the Republic of Kazakhstan is expected to open there in the nearest future.

Pavilion No. 62, initially Construction Materials and subsequently Nature Protection, now houses the International Ballet Centre. It was opened in 2017. Prior to that, a Soviet coat of arms was found within the central hall stained-glass window during dusting and opening preparations. The coat of arms was cleaned up and is now one of the pavilion’s adornments.

A year later, experts stumbled upon something really interesting when studying VDNH history. It turned out that the intricate, lace-like tower located in the landscape park is the work of the outstanding avant-garde artist, painter and architect El Lissitzky.

The tower was built in 1939. Presumably, it showed the way to the Pond Culture and Fish Farm Pavilions, which have not been preserved until today. Initially, the design was crowned with a sphere and the silhouettes of two metal carps swimming in different directions. As a result of the post-war reconstruction, the carps were replaced by sturgeon, and eventually, that element, too, was lost.

The next find at VDNH was made in 2019, during preparations for the restoration of Pavilion No. 30, Microbiology (once known as Oil Crops). When examining the ceiling of the building’s third room, the renovators spotted fine plant patterns. These unique adornments painted on the further side of the vaults were hidden under layers of paint. Having cleaned up the surface, the renovators began to strengthen the mural foundations in order to get rid of cracks and restore the lost fragments.

In the end, the team decided to clean up and reinforce both signs. The original sign will appear over the pavilion entrance once again after restoration is complete. The subsequent sign is stored inside the building for the time being; its status as an exhibit will be decided later.

In September 2020, while getting ready to restore Pavilion No. 64, Optics (formerly Leningrad and North-West), experts found a haut-relief, titled Festive Leningrad, behind a false wall. It is in good condition. The sculpted composition is located at the end of the round hall of the Leningrad Region. It depicts a festive procession against the background of the monument to Vladimir Lenin near the Finland Railway Station. The work is credited to a group of renowned sculptors comprising Grigory Kosov, Vasily Stamov, Alexander Ovsyannikov and Alexey Timchenko. A similar composition adorns the Narvskaya metro station in St. Petersburg. Pavilion No. 64, Optics, currently has a finalised restoration plan, and work is already underway.

The most recent discovery at VDNH dates back to April this year. Three ornamental inscriptions, which were thought to have perished, were found in Pavilion No. 2, Education (formerly North Caucasus), where restoration is still ongoing.

Two of them quote a decree adopted at a plenary session of the Communist Party’s Central Committee, dedicated to agriculture. They were once covered in gilt and used to adorn the walls of the pavilion’s central and side rooms between 1954 and 1959. The inscriptions were discovered underneath layers of paint and plaster.

The experts have already removed recent layers from their discoveries. Now the task is to restore the letters. The experts will be using archival documents and photographs as reference.