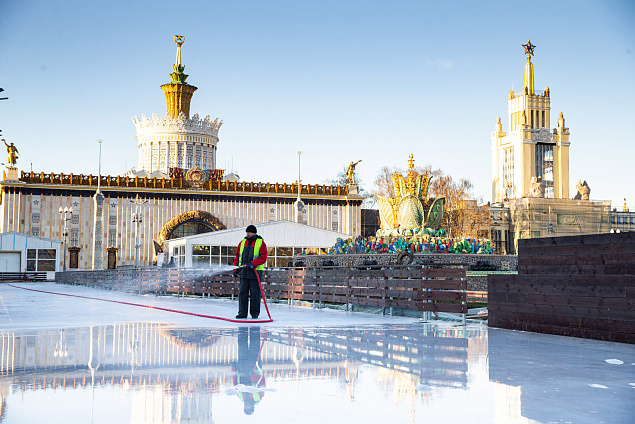 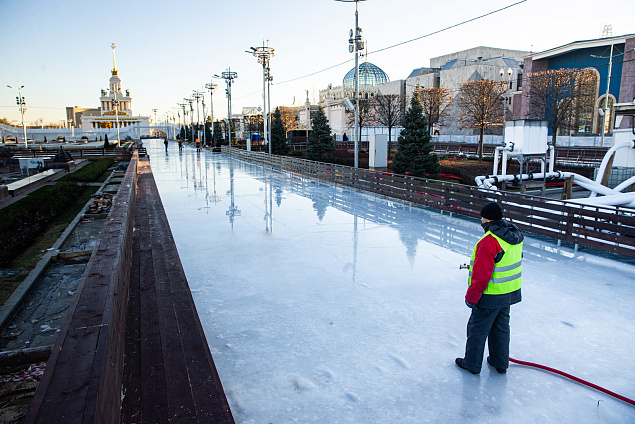 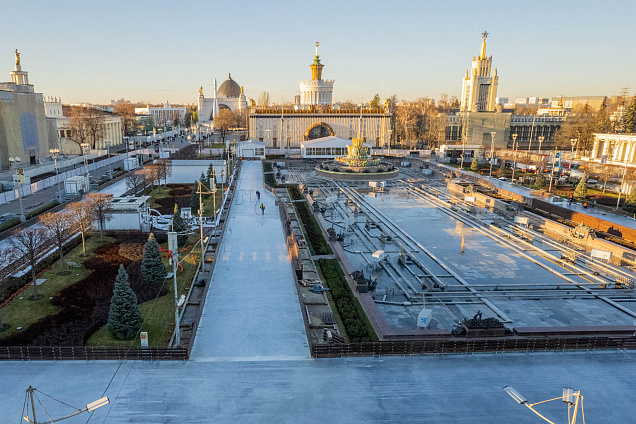 Russia's Main Exhibition has started filling Moscow's biggest skating rink. 504 kilometres of pipes have been laid to freeze the ice on the Central Alley. The skating rink will be shaped like a golden key from a fairytale.

Due to the unusual shape of the skating rink, it uses ice mats (cooling pipe systems) that are laid along the straight sections, while flexible pipes are used for the curved parts.

The total length of pipes is 183,908 metres and the total length of ice mats is 320,247.84 metres. If all pipes and ice mats were combined into a straight line, they would stretch for 504,155.84 metres which equals the distance between Moscow and Vologda. The rink and its infrastructure span a total area of 53,000 sq. metres, with the rink itself occupying 20,500 sq. metres.

The skating rink's key elements include the big circle (the entire perimeter of the rink); four rental offices on the main skating rink (No. 1–3 and an express rental); children's ice rink occupying 900 sq. metres with its own entrance and rental office No. 4; a business pavilion; the Lovers Alley (the inner circle of the Friendship of Peoples Fountain); the Northern Lights walking bridge; the key art object of the Stone Flower Fountain.

The skating rink will comply with all safety measures from Rospotrebnadzor.