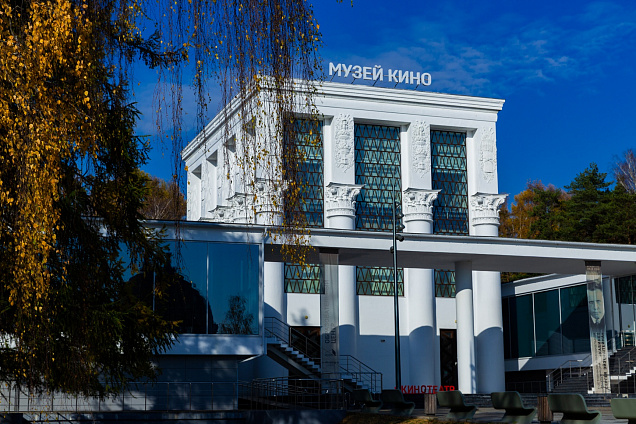 80 years on screen: VDNH to show They Met in Moscow

On 14 November, VDNH's Museum of Film will screen the Soviet comedy They Met in Moscow to mark the film's anniversary. Film historian Maksim Semyonov will introduce the film, talk about its director and share some interesting facts. Attendance is free by prior registration.

The event starts at 4:00 p.m. The event is organised by VDNH and the Museum of Film and supported by the Mosfilm film studio. Admission is free by prior registration. Visitors will be required to present a QR code. Children under the age of 14 can attend the event with parents who hold a QR code. Children aged between 14 and 18 can attend without a QR code or parents. Visitors are expected to wear face masks and keep a social distance.

They Met in Moscow is a classic Soviet musical comedy. The love story of Glasha Novikova, a swineherd from Vologda, and Musaib Gatuev, a shepherd from Dagestan, premiered in November 1941. The film was directed by Ivan Pyryev and starred Marina Ladynina and Vladimir Zeldin. Some of the scenes in this iconic comedy were actually filmed at the All-Union Agricultural Exhibition which opened its doors in 1939.

Anti-coronavirus restrictions are still in place at VDNH. Visitors are expected to wear face masks inside the buildings and observe social distancing everywhere on the grounds. More information is available here.