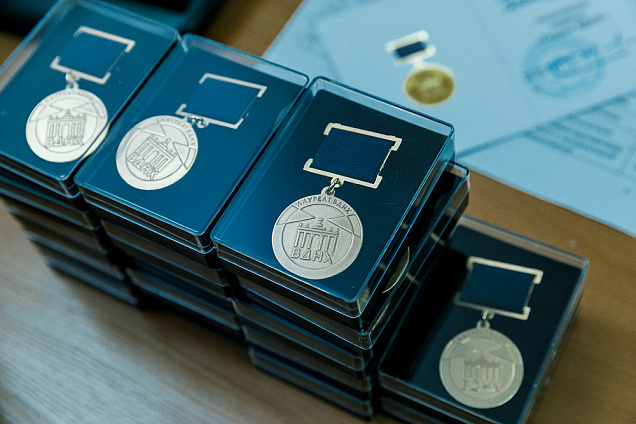 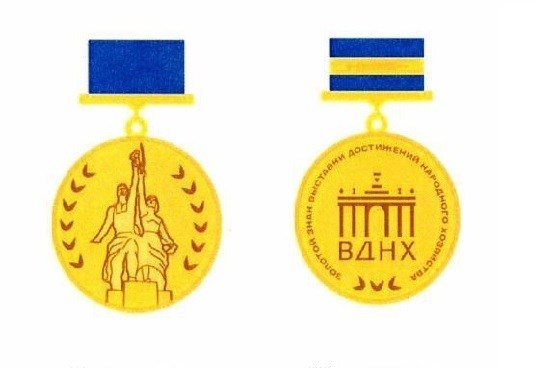 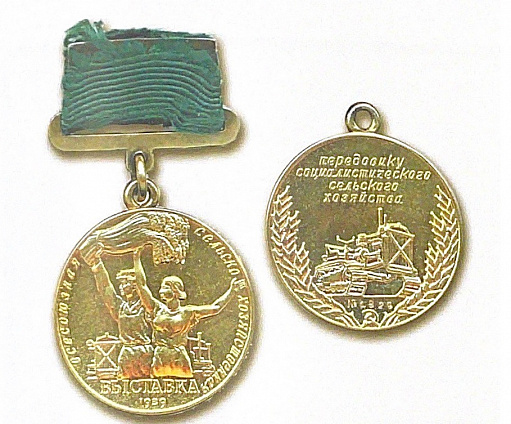 Medal for contribution to VDNH development established in Moscow

The Golden Badge of VDNH has been established in Moscow to celebrate outstanding achievements and sizeable contributions to the Exhibition's development. According to Natalia Sergunina, Deputy Mayor of Moscow, VDNH used to award talented professionals and groups of workers for their achievements and advanced developments from 1939 until the 1990s.

The Golden Badge of VDNH is a medal. On one side, it features the Worker and Kolkhoz Woman monument, and on the other—the Main Entrance Arch with the Exhibition's logo. A dedicated committee will be making decisions on granting the award.

'Just like in the past, the award may be granted to individual professionals or organisations, for example, the Exhibition's residents. The award will be granted for the application of innovative solutions and technologies at VDNH, implementation of significant projects in the fields of culture, education, recreation, sports, landscape design', said Natalia Sergunina. She is cited by the mos.ru portal.

From diplomas to medals

The All-Union Agricultural Exhibition (future VDNH) started the tradition of conferring medals, diplomas and prizes back when it was established in 1939. The first laureates received around 5,000 diplomas, 3,000 gold and 18,000 silver medals. The Book of Honour was created the same year. It contained information about each participant and their achievements.

The tradition continued after the war. In 1954, the Exhibition participants were awarded diplomas. Holders of first-degree diplomas (the most advanced farms, enterprises and other organisations) received a truck and a passenger car, and holders of second-degree diplomas—just a truck. Other prizes included sets of electric milking machines, automatic drinking bowls and wind turbines.

Big and small, gold and silver medals were awarded for agricultural achievements. The most distinguished workers received Pobeda cars, motorbikes, bicycles and other valuable gifts. All Exhibition participants received bronze medals, just like before the war.

The All-Union Industrial Exhibition was established in 1956. The Council of Ministers of the Soviet Union introduced first, second and third-degree diplomas for achievements in the fields of new equipment and technology. They were granted to the best factories, research institutes, design and engineering bureaux and individual participants. 206 of them received first-degree diplomas, 286—second-degree diplomas and 128—third-degree diplomas.

In 1958, a decision was made to merge the agricultural, industrial and construction exhibitions into one permanent Exhibition of Achievements of National Economy. On 16 July 1959, the All-Union Agricultural Exhibition (VSHV) was renamed VDNH.

The awarding tradition survived until the 1990s. The VDNH medal was viewed as an important achievement in the professional environment. We know this not only from historical records but also from Soviet films.

Throughout the history of VDNH, over a million people have received different awards. Their names are listed on the award portal.