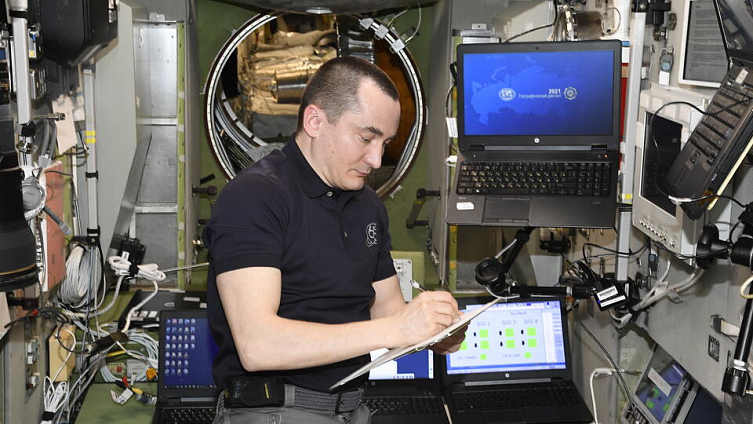 Geographical Dictation taken in space and in the Arctic

The Geographical Dictation international educational initiative was held on 14 November for the seventh time. This year, participants have been able to test their knowledge of Russian geography at 8,700 locations worldwide. On Sunday, the dictation was taken in over 100 countries, in the ISS and in Arctic stations. At VDNH, the event was organised at Moskvarium.

Russian astronauts Anton Shkaplerov and Pyotr Dubrov took part in this year's Geographical Dictation. They answered the questions from the International Space Station (ISS). According to Dubrov, the questions were interesting but challenging, and most importantly—they tested your breadth of knowledge across different fields.

In 2021, the Geographical Dictation has been held at Russia's Arctic stations, Progress and Mirny, for the first time. Universities, schools, research institutes, libraries, museums and nature reserves from all over the world took part in the initiative. You could also take the dictation at Russia's Main Exhibition, specifically at the Moskvarium Centre of Oceanography and Marine Biology.

You can still join the initiative until 24 November by filling in a form on the dictation's official website. The dictation consists of 40 questions divided into two sections: 10 questions of the basic level (the basics of geography) and 30 more advanced questions which require creative thinking, systematic logic and erudition.