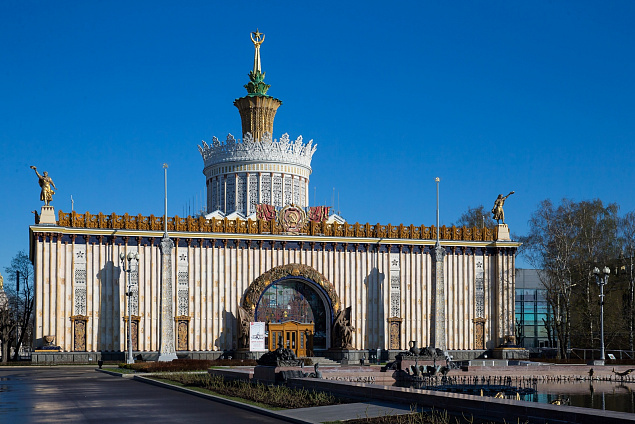 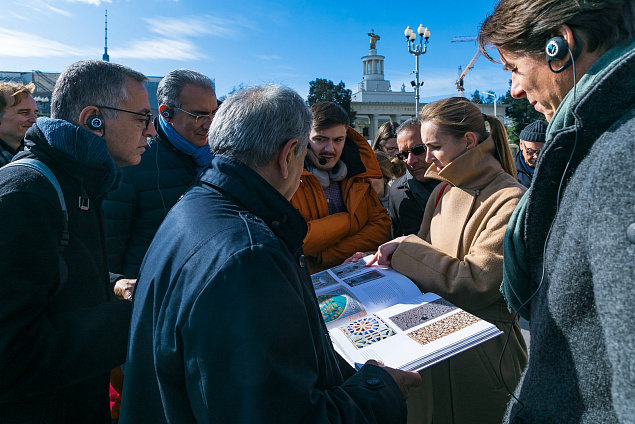 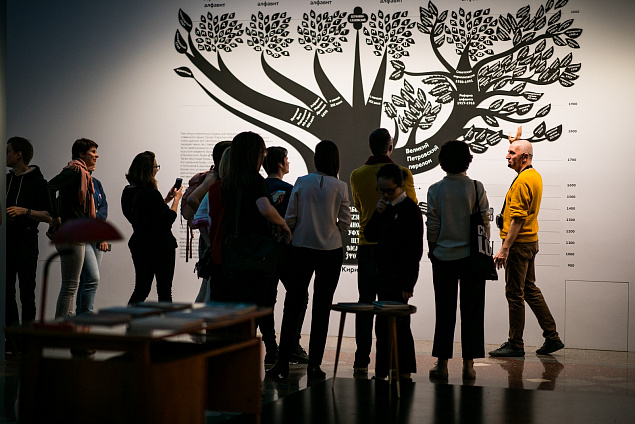 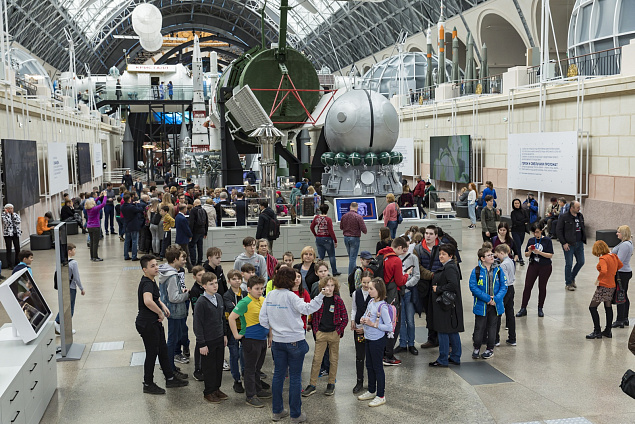 New Excursions at VDNH: Journey to Space and the World of Cyrillic

Starting from 8 April, tours at the Cosmonautics and Aviation Centre and Slavic Literature Centre Slovo at VDNH will take place outside the museums for the first time. Now guests will not only be able to walk through the thematic exhibitions with a guide but also learn the history of the space industry and Cyrillic through the key symbols of VDNH. Participants in the new tours will begin their journey from the Main Entrance Arch, then continue their tour along the Central Alley and inside the Museum Complex flagships.

The new Journey into Space tour will take place on 8 April at 7 p.m. and will be held every Friday at the same time. Participants will get acquainted with VDNH and visit the world-class museum complex—Cosmonautics and Aviation Centre. The tour will start from the VDNH Museum, then, walking along Central Alley, guests will see the key symbols of the Exhibition, the parade pavilions of the former Soviet republics. Then visitors to Cosmos pavilion No 34 will see full-scale models of satellites, orbital stations, spacecraft, a real lunar soil, the original lander of a spacecraft that has been in orbit and many fascinating interactive exhibits. During the tour, the guide will tell how the Exhibition of Achievements of the National Economy appeared, what 'cosmic' places there are, why dogs were first sent into orbit and what happened to cosmonaut Alexey Leonov during his spacewalk.

A new feature from the VDNH sightseeing tour agency—Journey into the World of Cyrillic—will be held on 9 April at 7 p.m. and will become a regular feature on Saturdays. The guests will be offered to see the unique Cyrillic heritage presented at VDNH and visit Slavic Literature Centre Slovo. Moving along Central Alley, the guides will show the famous Friendship of Peoples Fountain, sculptures of which represent women of all republics of the former Soviet Union, as well as national ornaments and Cyrillic inscriptions on the facades of the pavilions. Then the participants will go to Slavic Literature Centre Slovo, where they will learn how the Cyrillic alphabet appeared, which states used it before and which still use it, how national motifs were used to build pavilions of VDNH, what is the history and future of letters, how oral speech has developed and evolved.

The duration of each tour is 2 hours. Tickets are available online at VDNH's website or at the ticket office of the VDNH Museum, where the group gathers. You can also order a private tour by e-mailing the sightseeing tour agency: tour@vdnh.ru.

VDNH sightseeing tour agency offers a wide range of services for diving into the history of the country's main exhibition. There are regular walking tours, museum tours (including online format) for adults and children, inclusive classes, quests and a variety of combo programmes. You can learn more about them on the VDNH site.