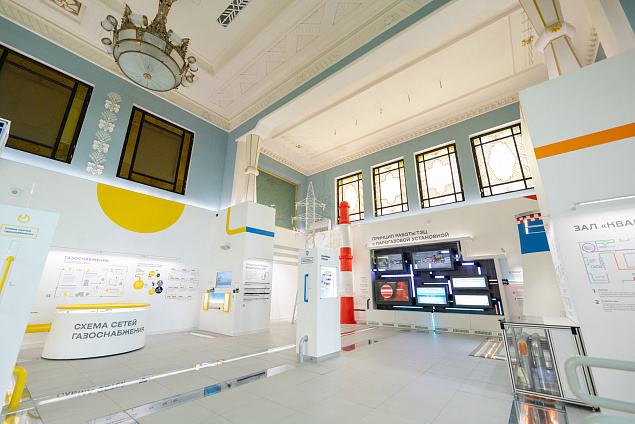 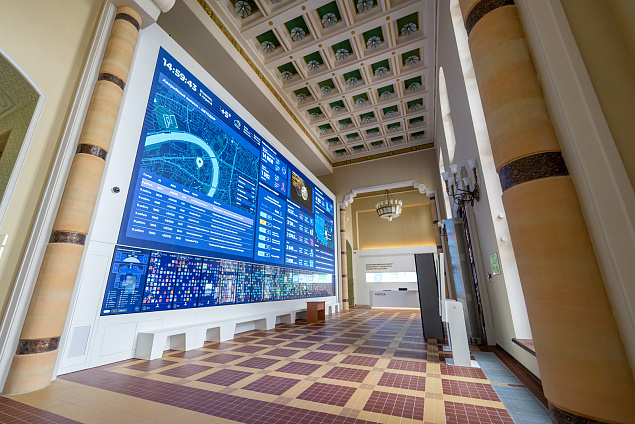 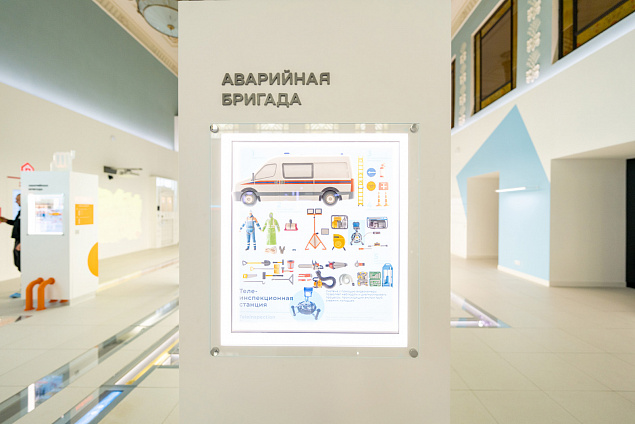 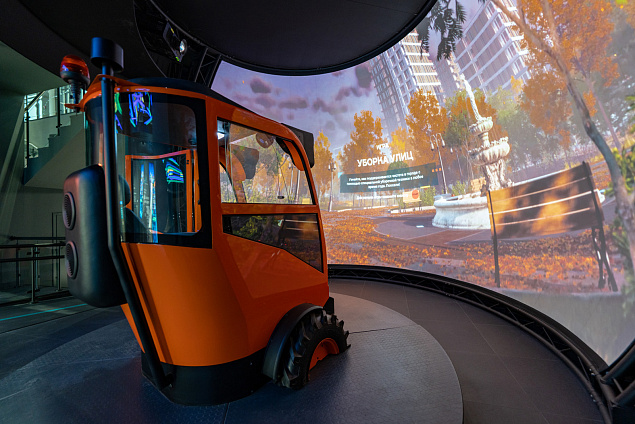 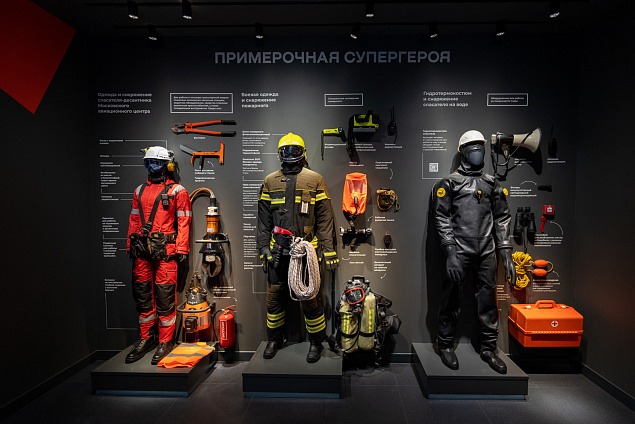 The Museum Complex of VDNH has been enlarged by another resident. It was the Museum of Moscow Urban Economy, which opened in Physics pavilion No 5. Interactive exhibition in a simple and entertaining form tells how to create and maintain a comfortable environment for living in a metropolis.

The exposition includes three main sections. The first of them, 'Management', represents a prototype of an automated control system for unified dispatch services in Moscow. On a thirteen-metre screen, visitors can watch all that is happening in the city in real time. For example, to study current information on the daily consumption of gas, water and heat, to assess the progress of major repairs. Guests can also find out about the whole structure of the organisations that make up the Capital City Services Complex here.

The second section, 'Home', tells what the daily work of maintaining the many amenities familiar to city residents consists of. Its centrepiece was an apartment, from which all communications diverged. Visitors can see the path water takes before ending up in the kitchen tap, how elevators, sewage and drainage systems, waste collection and disposal, operation and repair, utility bills, gas and road facilities, heating, gas and electricity supply work.

In the third section, 'The City', visitors will learn how the urban economy functions as a whole, what mechanisms and services create and maintain a comfortable environment in the metropolis on a daily basis. Here they placed a thirteen-metre model of Moscow. On its upper level are buildings, embankments, parks, bridges and overpasses; on the lower level are underground utilities, collectors and tunnels. Guests can examine and study all the objects of the layout in detail using binoscopes (binoculars) and augmented reality. The 'City' section also features exhibits on utilities, landscaping, road and bridge construction, street cleaning, safety and emergencies, landscaping, city lighting and navigation.

The Museum of Moscow Urban Economy is located on the Main Alley of VDNH in Physics pavilion No 5. Opening hours: Tuesday through Sunday from 10:00 a.m. to 8:00 p.m. Admission is free.

Physics pavilion No 5. (formerly 'Latvian SSR') is an object of the cultural heritage of federal importance. The building was built in 1954, designed by architects A.Ya. Aivars, V.I. Zakis and K.Ya. Plucksne. Originally the pavilion was dedicated to the Latvian SSR and decorated in the national style. Over time, the ornaments and geometric patterns with traditional Latvian motifs were hidden under layers of paint and cladding. In the course of repair and restoration work, the pavilion was restored to its historic architectural appearance. After being adapted for modern use, the Museum of Moscow Urban Economy opened here.