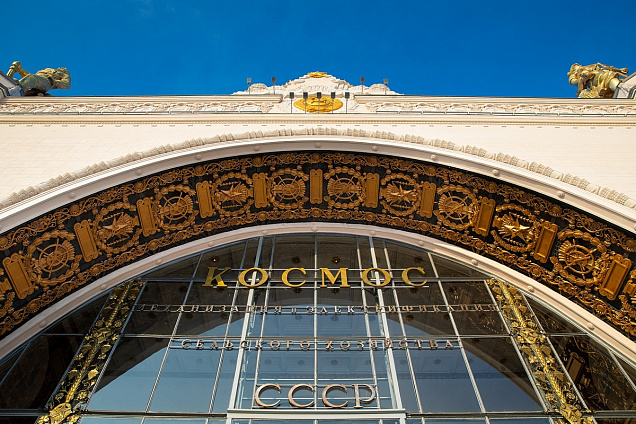 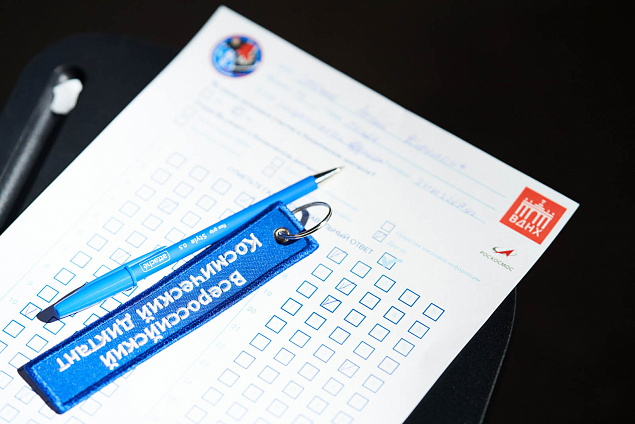 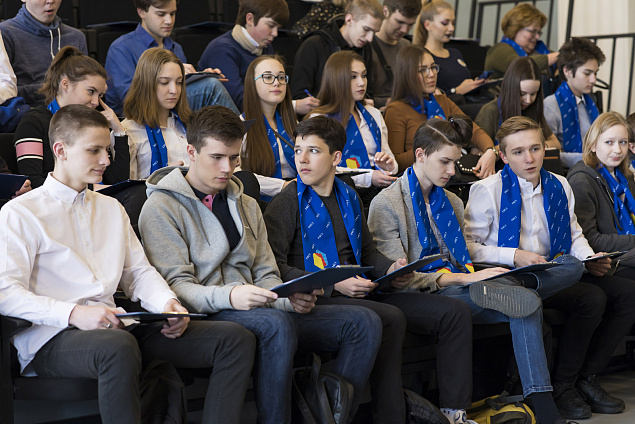 Natalia Sergunina: Tours, Interactive Exhibitions and Concerts Held at VDNH on the Day of Cosmonautics

According to Natalia Sergunina, Deputy Mayor of Moscow, VDNH prepared a rich educational programme for the Day of Cosmonautics. On 12 April, there will be tours, themed dictation, lectures, interactive exhibitions and concerts. Most events are free to attend, but registration in advance is required.

'VDNH is one of the main Moscow venues for the celebration of Cosmonautics Day. This year, there will be a lot of interactive activities. For example, thanks to virtual and augmented reality technologies, it will be possible to visit the orbit and go to the lunar station. And for those who want to test their knowledge there will be held All-Russian Space Dictation', said Natalia Sergunina. Her words are quoted on mos.ru.

Test your knowledge on space

The festive programme will begin with the All-Russian Space Dictation, which will be held in the Cosmonautics and Aviation Centre at 10:00 a.m. VDNH holds it for the fourth time, and last year's space dictation received the status of the All-Russian for the first time, as wanting to test their knowledge in the field of astronautics has always been a lot.

Adults and children over the age of 12 can take part in the dictation. They will have to answer 30 questions about the achievements of legendary national astronauts, the work of orbital stations, the structure of the solar system and much more. One of the tasks will be read out directly from Earth orbit—it will be read out live by the crew of the International Space Station.

There will be a broadcast from the Cosmonautics and Aviation Centre, to which other venues in different regions of Russia will be connected. To write the dictation in the Centre, you should register in advance. You can also join the event online. To do this, on 12 April at about 09:40 a.m., open an electronic questionnaire, which is available here. At 10:00 a.m., you may enter the answers on this page. Completed questionnaires will be accepted until 12:00 p.m. Moscow time.

Learn about Gagarin's flight and the everyday life of astronauts

You can walk around the VDNH and admire its outdoor exhibits during the sightseeing tour. It will take place at 10:30 a.m. and 6 p.m. Participants will be told when the Vostok launch vehicle model, which on 12 April 1961 placed the ship with Yury Gagarin in orbit, has appeared on the Industry Square, for what tasks the Buran space shuttle was built and where the alley of Cosmonauts can be found in the capital. The place to meet the guide is at the Information Centre in the Main Entrance Arch. Registration for the tour is already open.

You can get acquainted with the unique collection of the Cosmonautics and Aviation Centre, the largest space museum in Russia, during tours at 12:45 p.m., 1:20 p.m. and 2:00 p.m. They will be conducted by Fyodor Yurchikhin, cosmonaut, Hero of Russia and the President of the Centre. He will show visitors models of the famous Soviet rockets, satellites, engines and interplanetary probes, which in their time were a breakthrough in practical cosmonautics. For example, a model of Sputnik-1, the world's first artificial satellite launched into orbit on 4 October 1957. With the launch of this satellite, the space age of mankind began. This tour will discuss the key events in the history of space exploration, the training of astronauts, as well as how flights into orbit take place today. Among other things, Fyodor Yurchikhin will talk about the daily routine of the ISS crew and what tasks the astronauts perform during their mission. You can register for a tour of the Centre by clicking here.

It's hard to imagine celebrating Cosmonautics Day without remembering Yury Gagarin. A special tour of the Cosmonautics and Aviation Centre will be dedicated to the 'Citizen of the Universe'. You will be able to participate at 1:00 p.m., 3:00 p.m. and 5:00 p.m. You need to register in advance. The guide will share curious facts from the biography of Earth's first cosmonaut and, of course, talk about his life's mission—the flight to orbit. How the phrase 'Off We Go!' became a catchphrase, what feelings Yury Gagarin had, looking through the viewing port, what scientific experiments he managed to conduct during the 108-minute flight—about this and many other things you can learn at the tour. It will also be available in online format. The Age of Pioneers. Yury Gagarin—First in Space video tour will be published on 12 April at 10:00 a.m. on the website of the Cosmonautics and Aviation Centre and on the pages of VDNH on social networks.

How were the first flights into space prepared? What abnormal situations did the specialists face and how did they get out of them? What were the principles behind the first orbital stations? These and many other questions will be answered during the History of National Cosmonautics lecture. You can join at 7 p.m., registration in advance is required.

No ticket is required to attend the holiday tours and a lecture at the Cosmonautics and Aviation Centre. All you need to do is to register.

Go to the lunar station and listen to music

Visitors to VDNH are invited to the interactive zones. For example, at 10:00 a.m. the Cosmonautics and Aviation Centre will open an area where you can get acquainted with virtual and augmented reality space projects. Thus, guests are offered a visit to the lunar station. Virtual reality was created based on scientists' assumptions about what the first lunar station would look like in the future. To go on a trip, you just need to wear special glasses. The tester is immediately transported to 2 July 2038 and will be part of a 10-month expedition by a team of astronauts to the moon. Following the instructions of the station captain and the prompts of the onboard artificial intelligence, the user will prepare his spacesuit to leave the base, ride a lunar rover, collect and study lunar soil samples, deploy solar panels, and observe a solar eclipse on Earth.

Contamination of near-Earth space poses a serious danger to spacecraft, especially manned spacecraft. There are millions of space debris fragments in orbit, such as launch vehicle stages, upper stages, and inoperable satellites. If there is too much waste in space, humanity will not be able to launch new vehicles. Scientists and engineers around the world are looking for a solution to this problem. Among other things, they are designing special devices for collecting, destroying and recycling space debris. VDNH offers to test such a device. With the help of augmented reality glasses, visitors will find themselves in orbit and try their hand at controlling a special collector.

At the end of the festive day, visitors to VDNH will enjoy live music. At 8:00 p.m., Cosmonautics and Aviation Centre will be the place of the Pompeya band concert. The group creates compositions inspired by 1970s disco and funk, as well as by the indie and pop music of the 1980s and 1990s. The ticket to the Centre is used for visiting the concert.

At the same time, the Melodion Orchestra quartet will perform in the Greenhouse pavilion No 14 of the Azerbaijan Republic. The musicians will perform works by Ennio Morricone, Ludovico Einaudi, Hans Zimmer and other famous composers. You can buy a ticket on the website.