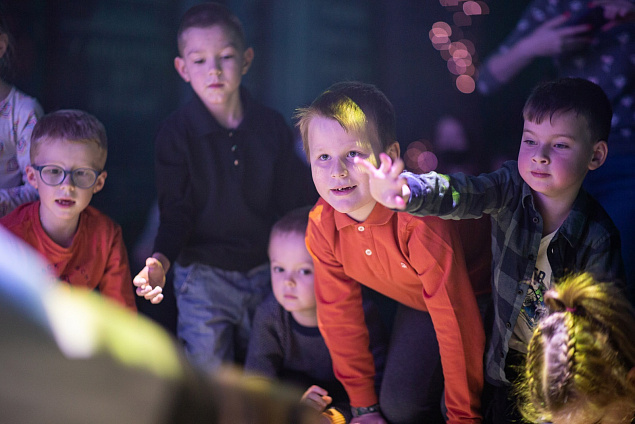 The main exhibition of the country invites the whole family to spend time at VDNH. This week guests will enjoy interactive performances for children, a dance workshop with cartoon characters, creative activities for adults and children, a quest, as well as a new exhibition of Soviet children's toys.

On April 13 , the International Day of Rock 'n' Roll, Soyuzmultpark at VDNH will hold dance workshops for visitors with the characters from cartoons about the Bremen musicians. Starts at 1 p.m. and 3 p.m., admission by ticket.

From April 14 to 17 performances will be held in the Theatre of Fairy Tales at VDNH. During the performance of Tale Number One. Return, the audience awaits a magical adventure with the Dragon and characters from Russian folk tales. Together, they will ascend to the sky to get a feather from the phoenix, go to a mysterious forest to find a fern flower and into a sea cave to retrieve a gem. Sessions are held on April 14 at 2 p. m. and 4 p.m. and on April 17 at 12 p.m., 2 p.m. and 4 p.m. Admission is by ticket.

The play Fantasy Around the World is a journey across five continents and an introduction to geography, flora and fauna, as well as the cultural heritage of different peoples. At the heart of the production is a story that imparts the main rules for harmonious coexistence between humanity and nature. Sessions on April 15 at 12 p.m. and 2 p.m., April 16 at 12 p.m., 2 p.m. and 4 p.m. Admission is by ticket.

On April 15, the House of Museums at the VDNH opens the new exhibition Let's Play, Just Like Before! dedicated to Soviet toys. Private museums and collectors will present cars, dolls, teddy bears, cubes, pyramids, hoops, balls and puzzles. There are Soviet films in the collection so a projector will be installed in the House of Museums to view them. Detailed information and tickets can be found on the website.

April 16 at 3 p.m. the Puppet Museum at VDNH invites everyone to a paid workshop on making an Easter decoration called Chick in the Basket. You do not need to purchase a separate ticket. Pre-registration by phone +7(985)420-81-55.

On Fridays at 1 p.m. and 5 p.m. and on weekends at 1 p.m., 3 p.m. and 5 p.m. the Museum of the sPecial Purpose Garage of the Federal Guards Service of Russia VDNH invites everyone to a children's quest called Golden Kremlin. Children will have to look for clues and crack the codes in the exposition. Pre-registration is not required, tickets can be purchased at the museum ticket office on the day of the visit.