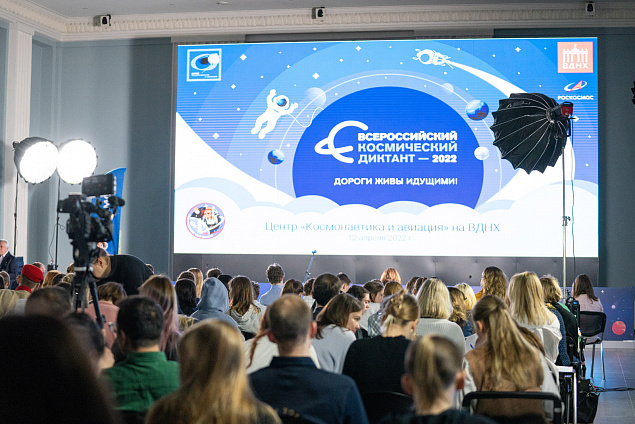 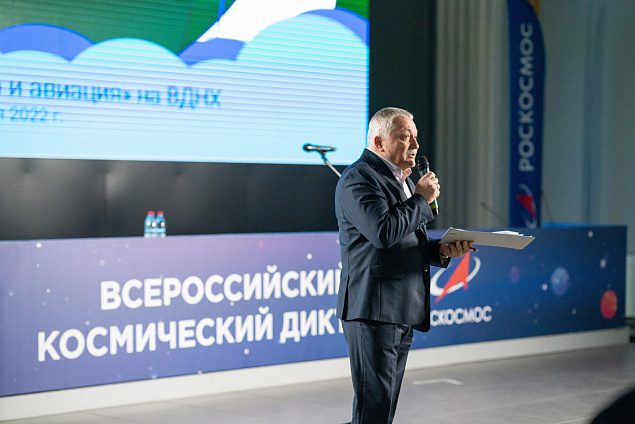 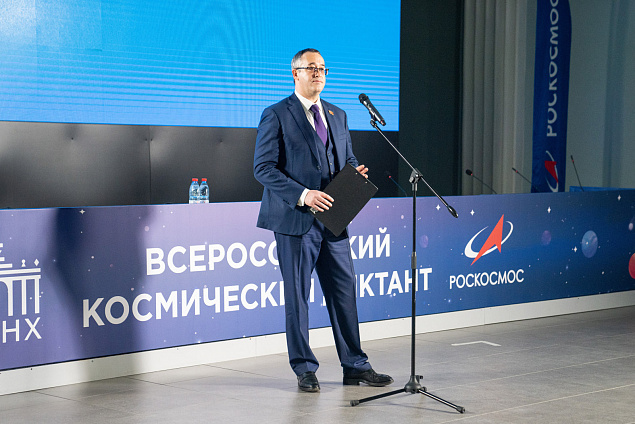 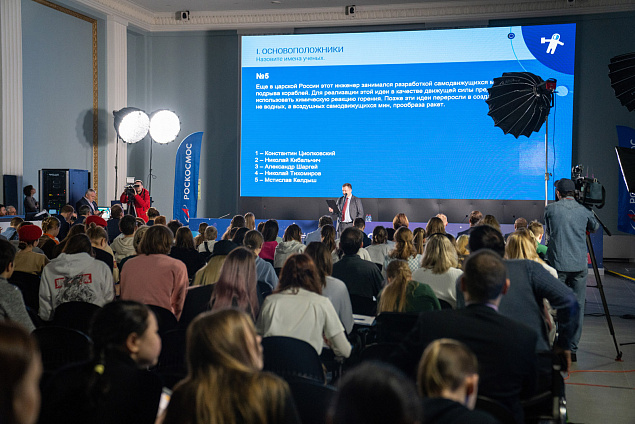 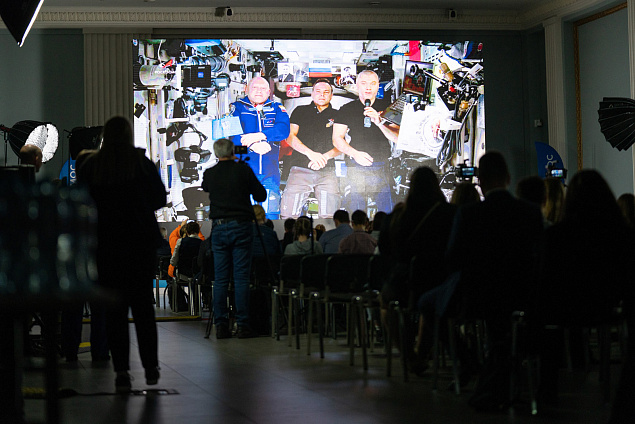 On April 12, 2022 the second all-Russian cosmic quiz was held, as usual, at the Cosmonautics and Aviation Centre at VDNH in partnership with the State Corporation Roscosmos. More than 200 people took part in the cosmic quiz at the exhibition, and more than 1.5 million people watched the live broadcast, which is three times more than last year. The winners have already been identified, four of them participated live at the Cosmonautics and Aviation Centre, three more – in the Moscow Museum of Cosmonautics, the remaining 50 lucky ones were chosen from among the online participants.

The top participants of the quiz, who participated at the Cosmonautics and Aviation Centre at VDNH, were identified through two criteria: the number of correct answers and the time spent completing the questionnaire. In the event of a tie, those whose questionnaires were received earlier had the advantage.

The quiz consisted of 30 questions. For each correct answer, the participant received one point, and the top three at the main venue gained 26 points each.

Daniil Rakshin (9 years old, Odintsovo, Moscow region) scored 20 points and will get a special prize from Fyodor Yurchikhin, pilot-cosmonaut, Hero of Russia, the creator of the quiz, and the president of the Cosmonautics and Aviation Centre.

Three winners were also chosen at the Moscow Museum of Cosmonautics. They also all received the same number of points. In addition, among those who participated in the online quiz, the 50 people who scored the highest were identified.

The winners will receive valuable prizes from Roscosmos, such as books about space signed by Fedor Yurchikhin. And the best of those who took the quiz at the Cosmonautics and Aviation Centre will also be given a space-themed wristwatch from the brand Sturmanskie, one of which is a copy of the watch that was worn by Yuri Gagarin during his legendary flight.

The Cosmonautics and Aviation Centre at VDNH is holding the Cosmic Quiz for the fourth time. The first took place on 12 April 2019. In 2020, because of the pandemic, the event took place in an online format. Last year, the Cosmic Quiz was for the first time given the status of All-Russian Quiz. 210 people took part in it live at the exhibition, and more than 500 thousand people watched the live broadcast.

This year, the Cosmic Quiz at the Cosmonautics and Aviation Centre attracted 200 participants.

Other venues organized in different regions of Russia joined the live broadcast from the Cosmonautics and Aviation Centre at VDNH. Anyone aged 12 years or older could participate. The creator of the quiz was Fyodor Yurchikhin. Broadcasts of the quiz on social networks were watched by more than 1.5 million people, of whom more than 60,000 took the quiz online. More than 1.5 thousand people participated in the action on 14 offline venues (including the main one at the exhibition).

The questions were quite difficult, but those who answered them were allowed to use the Internet. The questions were read out by famous politicians, cosmonauts, rocket and space industry specialists and others, including members of the International Space Station crew.

The quiz was also taken at other venues, including the Moscow Museum of Cosmonautics and the Yuri A. Cosmonaut Training Centre. Gagarin in Zvyozdniy Gorodok near Moscow and the K. E. Gagarin State Museum of the History of Cosmonautics . The first is at the Tsiolkovsky Center in Kaluga, at the children's centres of Artek, Smena and Orlyonok, colleges and universities in Saratov, Tomsk, Stavropol, and many other cities around the country.

The first question of the quiz was voiced by Dmitry Rogozin, General Director of the State Corporation Roscosmos, via video. Other tasks were read out to the participants by honorary guests of the Cosmonautics and Aviation Centre: First Deputy Minister of Education of the Russian Federation Alexander Bugaev, Deputy Chairman of the State Duma Committee on Economic Policy, Industry, Innovative Development and Entrepreneurship Denis Kravchenko, Chairman of Moscow City Duma Alexei Shaposhnikov, pilot-cosmonaut, Hero of Russia Elena Serova, chief specialist of Rocket and Space Corporation Energy, great-grandson of Konstantin Tsiolkovsky Sergey Samburov, and two-time Olympic champion in synchronized swimming Vlada Chigireva.