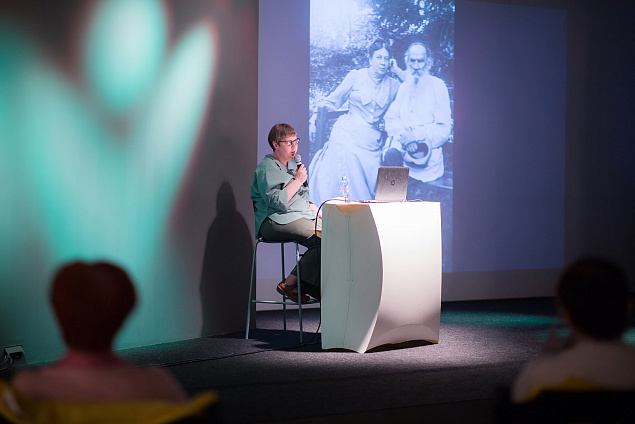 Knowledge. VDNH Welcomes Guests to the Final Lectures of the Season

Over the last week of April, the current season of the Knowledge. VDNH project will culminate in a series of lectures at the Worker and Kolkhoz Woman Pavilion. The lectures will be dedicated to literature. The speakers will invite their audience to examine the representation of Moscow in Ilf and Petrov's legendary satirical novel, The Twelve Chairs, learn about Anton Chekhov's muses and find out how literary characters shaped clothing fashion. Admission is free, but preliminary registration is required.

At 7 p.m. on 27 April, tour guide Tatyana Vorontsova will deliver a lecture titled Moscow and Its People in Ilf and Petrov's The Twelve Chairs. This will be the final instalment of the Moscow during the NEP Era cycle. Ms. Vorontsova's listeners will travel back in time to the Moscow of 1927; follow Kisa and Ostap Bender from the railway station to the chemistry students' dormitory named after the monk and alchemist Berthold Schwarz; find out where the fabled twelve chairs were auctioned off, scattering in all directions 'like cockroaches'; and discover what happened to house where the engineer Schukin once stood on the topmost floor. Prior registration is required.

On 28 April, the guests are welcome to attend another lecture, also at 7 p.m. Titled The Russian Writer On a Rendez-Vous, it is dedicated to Anton Chekhov. Once upon a time, the great Russian writer Chekhov came up with the concept of a novel, On Love. He spent many long months writing, crossing things out, making cuts. In the end, nothing remained of the novel, except for a single phrase, 'A man and a woman fell in love, got married and lived unhappily ever after...'. Chekhov himself was terrified of marriage. He even had a recurring nightmare about being forced to marry a woman he did not know, had nothing in common with and did not love... and also about being lambasted for something in all newspapers. The lecture will be delivered by Irina Strelnikova, screenwriter, essayist and creator of the Completely Different City informative and tourist project. Sign up by following this link.

The final lecture, The Impact of Book Illustration on Children's Fashion in British Culture: the Little Lord Fauntleroy Suit and Alice's Dress, will take place at 7 p.m. on 29 April and will be delivered by Olga Vainshtein, full-time contributor of the Fashion Theory journal. She will share a story from the history of fashion at the turning of the 19th–20th century. The lecturer's analysis focuses on the famous Fauntleroy Suit, which was first described in a children's book by American writer Frances Hodgson Burnett and had a tremendous influence on children's fashion of the time. The guests of the event will also learn the history of the iconic blue dress worn by the main character in Alice in Wonderland, and its subsequent transformations in illustrations, cinema and fashion. Sign up by following this link.

Due to the current safety requirements, the Knowledge. VDNH lectorium is only allowed to be filled to 50% of capacity. Visitors are required to wear face masks and gloves and maintain social distancing.