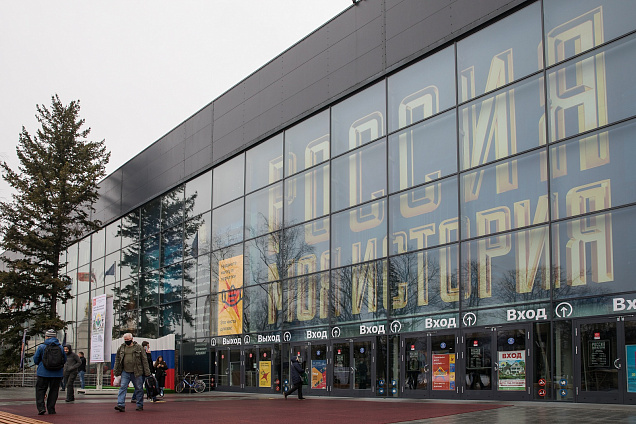 Starting from 29 April, the guests of Russia's main exhibition will be able to visit Let's Remember, a multimedia exposition at Pavilion No. 57, Russia — My History. This one-of-a-kind project was conceived by its authors as a chance to look at the events of the Great Patriotic War through the eyes of people that fought in it, from a marshal to a resident of the besieged Leningrad.

The exposition is supported by the Ministry of Education of the Russian Federation and spans seven exhibition rooms, which explore a shared theme. Each room is dedicated to the story of one person affected by the war: a marshal, a concentration camp prisoner, a person trapped in Leningrad under siege, and more. Notably, the nurse's story room is unique and can only be visited in Moscow.

"This original exhibition is a new experience both for our parks and for all exposition visitors. We are happy to have young creators on our team; they have invested immense amount of effort, knowledge, and time into producing multimedia content for Let's Remember. It's very important that this exposition, which was originally designed at the Russia — My History park in Yekaterinburg, will now be displayed to people in all regions of our association's presence. Projects like Let's Remember connect Russians to their history on an emotional level, so that the heroic deeds of the people that fought in the Great Patriotic War become a source of guidance and an example to follow," says Ivan Yesin, head of the Russia – My History Historical Park Association and member of the Civic Chamber of the Russian Federation.

The project is based on unique diaries, letters, memoirs, and archival photos and videos. The exposition is structured like a feature film, based on the video mapping technology. The visitors begin to explore the exhibition in a room that documents the last day of peace. They will see the Soviet people getting ready for a new work week and school graduates going to prom: completely unaware that tomorrow, their lives will change forever.

After leaving this room, members of the audience are transported to the hallways of the Kremlin. They pick up a wartime phone and hear that the topmost military leadership of the USSR is being urgently summoned to an emergency meeting with Joseph Stalin. At this point, the audience will glimpse into the study of the Soviet Vozhd and feel the atmosphere that surrounded the decision to adopt martial law.

The exhibition was designed by a group of young artists from Yekaterinburg, to commemorate the 75th anniversary of the Victory in the Great Patriotic War. It took them approximately ten months to finalise their project: from concept to the display of Let's Remember to the very first exhibition visitors at the Russia – My History Historical Park. During its first season, the exhibition was appreciated by 16.5 thousand residents of the Sverdlovsk region. Now, this unique exposition is becoming available in 23 Russian regions. Moscow's residents and guests will be able to visit it at VDNH.