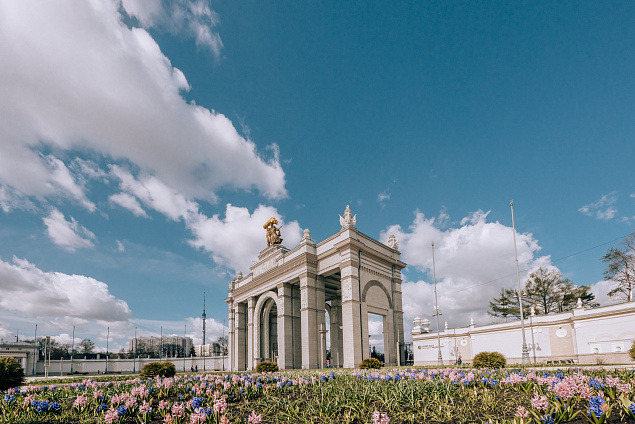 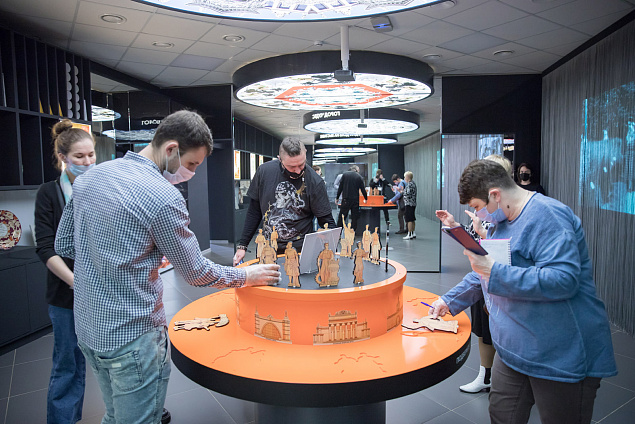 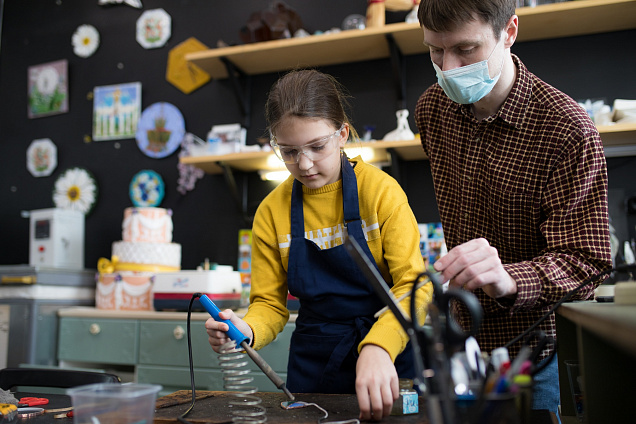 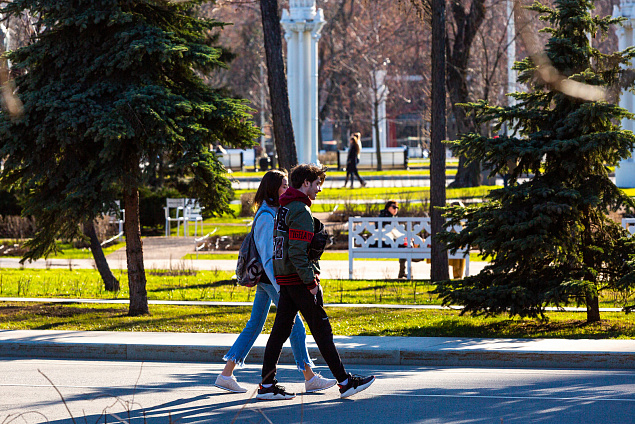 New Knowledge on May Day at VDNH

1 May is a national holiday in Russia, known as the Spring and Labour Day. On this grand occasion, VDNH is ready to treat its quests to a themed programme: guided tours, lectures, film screenings and workshops. No festivals with large crowds will be allowed: the number of participants is going to be limited for all events. Most of the events are free, but some require registration in advance.

The Cosmonautics and Aviation Centre will host a guided tour, titled People and Space, on 1 and 2 May at 3 p.m., 5 p.m. and 7:30 p.m. The tour will celebrate the lives of those incredible people who, despite never having left this planet, did their utmost to make space flight a reality. The guests will explore the legendary inventions of Sergei Korolev, Valentin Glushko, Vladimir Barmin, Vladimir Chelomey, Nikolay Pilyugin, Mikhail Reshetnev and other design engineers, see their personal belongings and learn interesting facts from their lives that shaped their professional career. Admission is free of charge, registration is required.

At 4 p.m. on 1 May, the Centre will hold a lecture, Exploring the Moon: Who, When, Why?, highlighting the most interesting projects that were aimed at studying, and eventually exploring, our planet's natural satellite. Registration is required. At 4 p.m. on 2 May, the same lectorium will be used for a film screening of Kin-dza-dza!, a cult classic directed by Georgiy Daneliya. Construction foreman Vladimir Nikolayevich Mashkov, aka Uncle Vova, could never have imagined that an ordinary trip to the grocery store would lead to intergalactic hijinks, all thanks to encountering a student and a weird little teleportation machine... Sign up by following this link.

Everyone is welcome to Centre of Slavic Writing Slovo on 1 May at 15:00 and 18:00. The Centre has prepared a guided tour, under the motto, Peace! Labour! Books! The guests will find out how scribes, monks and book printers did their job at different points in history, as well as how the first books in ancient Rus were made, and which materials were used in the process. At 3 p.m., the Centre will start its first class on Ancient Russian Parables, from the Entertainment in Ancient Rus cycle. The attendees will hear a lecture on why the parable was considered a good and godly genre, and riddles were officially banned... but at the same time got used quite often by monks and even saints. They will also learn which games people played in Mediaeval Rus and what set pious music apart from the work of the devil. Sign up for the event by following this link.

Another special event in honour of the May holidays is a series of sightseeing tours of expositions at the Cosmonautics and Aviation and Word centres, which will be running daily at 8 p.m. from 1 to 10 May. Advance registration required.

Another sightseeing tour will explore VDNH Museum and will take place at 1 p.m. on 1 May, free of charge. In the Soviet Union, the first days of the last spring month were known as the 'May Day Labour Celebration' (Trudovoy Pervomay), and VDNH was the main reflection of the country's achievements in all fields and branches of industry, agriculture, science, culture and art. During the guided tour, you will discover why the Soviet Union created its very own Garden of Eden, why VDNH was referred to as a source of professional excellence and who and why received VDNH medals and top-tier labour awards. Advance registration in required.

In addition, VDNH Museum will be running a special project, part of its single-exhibit expo series, throughout the entire festive week: from 1 to 10 May. The exhibit in question, co-hosted by the Soyuzmultpark multimedia park, is a screening of a restored Soviet cartoon, Murzilka and the Giant. The visitors will get a unique opportunity to watch a rare animated film by Pyotr (Petro) Nosov in excellent quality. The plot revolves around the adventures of a fairy-tale giant that is transported from his fantasy land to VDNH of the 1960s, where everything is utterly alien to him. Murzilka, a newspaper reporter character, acts as the giant's guide, showing him the wonders of Soviet technology and ensuring that the guest returns back home with only the best impressions.

Doll Museum also has free guided tours in store: its From Easter to Masquerade event will be taking place from 1 to 5 May, at 1 p.m. and 4 p.m. The visitors will learn about the origins of the famous Russian druzhina feasts with a chalice being passed around, find out how Tsar Alexis gave away 37 thousand Easter eggs to this subjects and discover how the household parties thrown by the Imperial families transformed into modern holiday traditions. You must purchase a ticket to visit. To sign up for the guided tour, call the museum.

The tiniest guests of VDNH will be delighted to visit the Fairy Tale Theatre at 12:00, 14:00 and 16:00 on 1 and 2 May and at 12:00 and 14:00 on 3 May, and watch an interactive show, titled Fairy Tale Number One. The Return. Together with their good old friends, Zmey Drakonych, Ivan Tsarevitch, Leshy and Koshchey, they will explore three fantasy worlds, soaring up to the sky to find the Firebird's feather, venturing into an enchanted forest to pick a fern blossom and diving deep into a sea cavern to retrieve a precious gem. You can purchase tickets on the official VDNH website.

City Farm is cordially inviting both children and adults to an Easter celebration on 1 and 2 May. Festivities will be taking place on 1 and 2 May from 10:30 a.m. to 7 p.m. The programme will include the Dove of Peace and Easter Bunny workshops, a quest titled Much Ado About Easter and various guided tours. You can buy tickets on the Farm's website. Special workshops in honour of May Day will also be organised on 1 May at the workshop and glass-blowing school, a Park of Crafts resident. The guests will learn how to make stars, flags and flowers out of stained glass. Another lesson will be dedicated to creating art out of hot glass in the lampwork technique; the participants will learn how to craft their own May Day souvenir. On 2 and 3 May, the public will be invited to a design workshop dedicated to the popular fusing technique. Lessons start every hour between 11 a.m. and 7 p.m. To sign up, call the workshop.

During the spring break of 1–10 May, VDNH's most notable landmarks will be decorated with festive LED lights. In the evening, the Main Entrance arch, the Worker and Kolkhoz Woman Pavilion, Pavilion No. 1 and Pavilion No. 58 will light up in different colours.

Anti-COVID-19 measures are still in force at VDNH. All visitors will be required to maintain social distancing and wear masks and gloves when inside the pavilions.