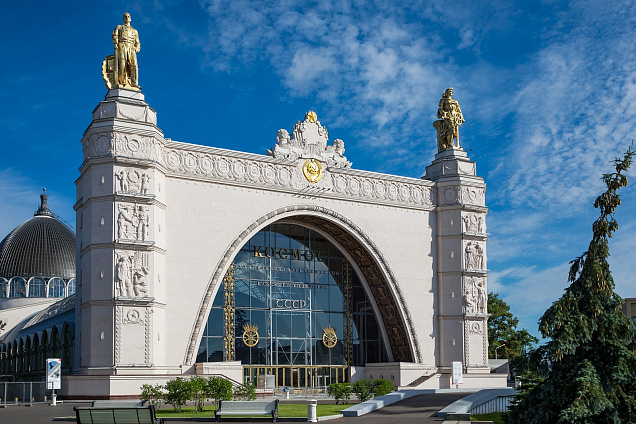 VDNH to Hold a Premiere of Children's Feature Film about Space

On 17 May, the Cosmonautics and Aviation Centre at VDNH will host a premiere of the children's feature film Era, aimed at popularising the cosmonaut profession.

At 2:00 p.m., the Cosmonautics and Aviation Centre will hold a guided tour for children. The presentation of the film will begin in the centre's congress hall at 3:30 p.m. It will be attended by representatives of the Roscosmos State Corporation, the Ministry of Education of the Russian Federation, the Moscow City Administration and the United Russia party, who will address the audience. The screening will begin at 4:20 p.m., followed by a speech of the actors and members of the film crew.

The new feature film Era was created with the support of the Roscosmos State Corporation to mark the 60th anniversary of the first manned flight into space as part of the All-Russian project Movie Lessons in Russian Schools. The film was funded with the money raised by Russian schools from the collection of waste paper. After the premiere, the film will be donated to Russian schools for educational work during the movie lessons.

Cosmonaut and Hero of Russia Valery Tokarev and Tamara Filatova, the niece of Earth's first cosmonaut Yuri Gagarin, took part in the film.