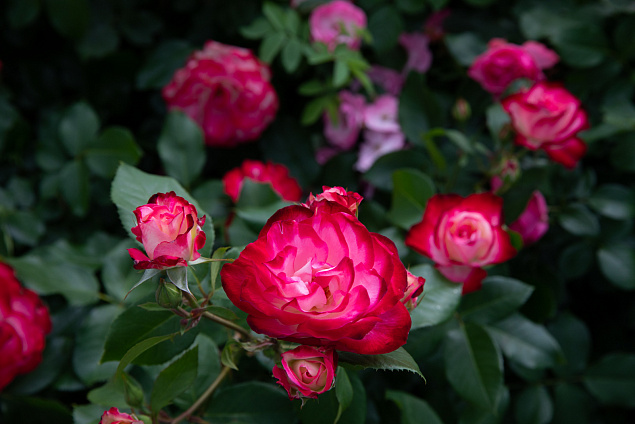 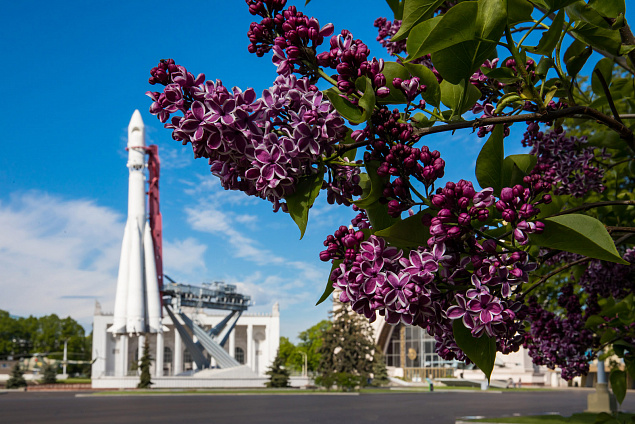 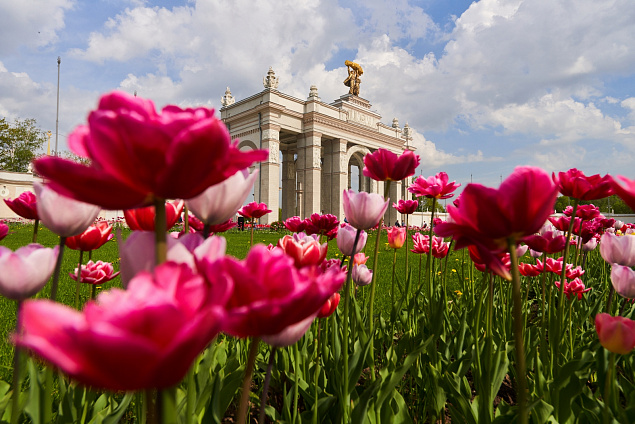 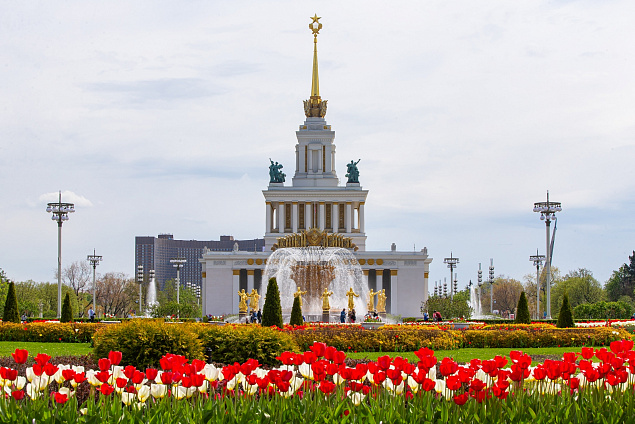 In a floricultural premiere for the 2021 summer season at Russia's No. 1 Exhibition, the historic flower garden by the Vostok spaceship on Industry Square is back in place, lovingly reconstructed from some 1960s photographs. The project has seen some 1,250 new floribunda rosebushes of the Jubilee of the Prince of Monaco genus planted, which VDNH visitors will admire in bloom this June.

Credit for the replanting concept, which partially restores Industry Square to its historic look, goes to VDNH landscape architects. The custom to decorate Mechanisation Square (currently Industry Square) at Russia's No. 1 Exhibition with floral ornaments goes back to 1939, when the square was all covered with annual and perennial flowers and decorative shrubbery. Photos from the archives indicate that the area adjacent to the Vostok spaceship model had three rows of plantings of luxuriant floribunda roses from 1962 through the 1980s. The site lost all its floral décor in the 1990s and had none until recently.

The 1,250 Jubilee of the Prince of Monaco rosebushes, planted this spring, are expected to bloom for the first time in June. The rosebushes have been planted in three rows along the perimeter of the top level of the planted patches around the Vostok spaceship model. This type of rose is distinguished by long, recurrent blossoming from the end of June to late September, and is famous for its great profusion of large, fragrant flowers growing in opulent clusters.

Now that the historic rosary is back, the entire VDNH compound is home to some 36,000 popular varieties of rosebush: hybrid tea roses, floribunda, ground-covering roses, park roses and other kinds. Each group encompasses dozens, even hundreds of sorts and types. Historically, roses played a prominent role in the floral décor on VDNH grounds. During the Soviet era, people travelled to Moscow from across the Union just to see the standard roses at VDNH. These flowers were even mentioned in Moscow city guides. Today, VDNH visitors often prefer to take photos with roses in the background.

Most roses are concentrated around Central Alley and in the North and South Rosaries, but there are more locations where awesome selfies with roses can be snapped: House of Culture, Ivan Michurin monument, Pavilion No. 510 Gastronom No. 1 (formerly Glavkonserv) or Georgian Park. Crimson, yellow and dark red roses can be found in those locations as well as roses the colour of fine wine: the Burgund genus.

At this time, VDNH positively overflows with floral luxuriance. Lilacs are in bloom: VDNH is one of the few places with massive lilac plantings in Moscow. The lilac genera occurring at VDNH were bred by plant breeder Leonid Kolesnikov during the Soviet era. VDNH has some 3,000 bushes of 30 lilac genera simultaneously in bloom. Outside the lilac garden, lilacs grow by the Friendship of Peoples and Stone Flower fountains, by the Vostok spaceship model, left and right of Central Alley in the vicinity of Industry Square and in Lilac Alley.

Bulbous plants, the most widespread exponents of the floral world at VDNH, are also currently in bloom. There are some 2 million of them on VDNH grounds. The bulbous family includes scilla, fritillaria, squill, tulip, crocus, jonquil, hyacinth and many others.