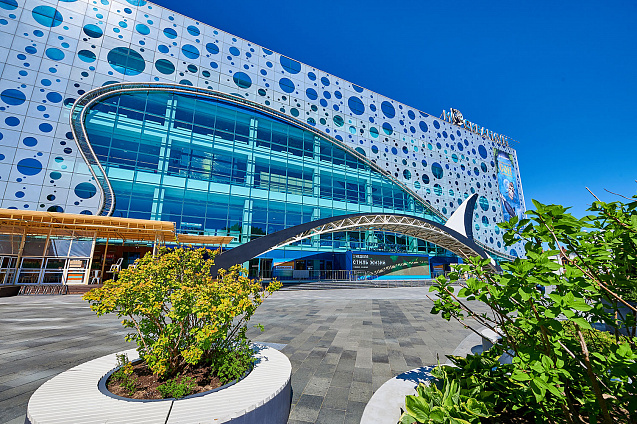 8 June is World Oceans Day. The Moskvarium centre for oceanography and marine biology at VDNH has prepared a special programme for kids and adults to mark the occasion. Guests can visit the environmental festival Horizon, watch performances about the ocean and take part in many other activities. Admission is free, as is participation in the performances.

As part of the event, free ocean-related performances will be put on for children of different ages at the new baby-theatre in Moskvarium's lectorium throughout the day.

At 12:00 p.m., viewers aged five and under can attend an interactive play entitled Sea Voyage, during which children will learn about various marine animals and the problem of pollution of the world's oceans. Young visitors will find themselves in a fabulous submarine world where they can help liberate pearls from sludge and grime, give directions to a baby dolphin who lost his way and help a trapped octopus get out of an undersea gorge.

At 2:00 p.m. and 4:00 p.m., the baby-theatre will premier an interactive performance for children aged three and older entitled The Adventures of the Crab and the Jellyfish. The young viewers will sing, dance and solve riddles about the ocean along with the protagonists to help them find a pearl. At the end of the performance, guests will receive memorable gifts from the crab and the jellyfish. They will also get to have their photos taken with the main characters in front of a backdrop depicting the ocean and coral reefs.

The baby-theatre has a limited seating. You must book seats in advance by calling Moskvarium's call centre at +7(499)677-77-77.

In addition, Moskvarium guests may attend the free programme of the Horizon environmental festival, which started on 5 June and will continue until 4 July. The festival features an exhibition on the inhabitants of the White Sea, workshops, cartoons, a science show and conferences with environmentalists and eco-activists. The Festival takes place on the second floor of Moskvarium, admission is free.

The programme of World Oceans Day can be found on Moskvarium's website.

World Oceans Day has been celebrated annually on 8 June since 1992. In 2008, the UN General Assembly passed a resolution that from 2009, World Oceans Day will be recognised as an official holiday. Environmental scientists, zoo employees, aquariums and dolphinariums coordinate with one another to protect the inhabitants of ocean depths and ensure a stable environment. This day is also important because it reminds people about the key role the global oceans play in our daily life, while bringing the people of the planet together to encourage rational use of the oceans.

All the events held at Moskvarium follow necessary sanitary-epidemiological norms to limit the spread of Covid-19.