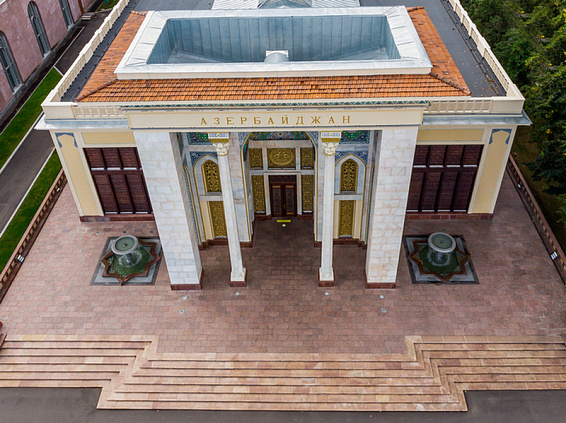 On 1 July and 2 July, the greenhouse of Pavilion No. 14 (Republic of Azerbaijan) at VDNH will host concerts by Linii and the Simple Music Ensemble. The audience will listen to the soundtrack from the Harry Potter films as well as musical pieces from Ludovico Einaudi.

On 2 July at 7:00 p.m. and 9:00 p.m., the Simple Music Ensemble (virtuoso musicians from the best orchestras of Russia and Europe) will perform various pieces from Italian neo-classical composer Ludovico Einaudi. The audience will hear live performances of non-typical acoustic and electronic instruments.

Einaudi was widely known as a composer thanks to his soundtracks. This is largely thanks to the heart-warming melodies from the French comedy film The Untouchables, which touched hearts of millions of people around the globe.

Simple Music Ensemble is a chamber group. It is generally made up of between two and thirteen people, and its repertoire includes various musical styles and genres: from the Renaissance era to contemporary music.

Seating is subject to social distancing requirments at the concerts in the Greenhouse of VDNH Pavilion No. 14. Occupancy is limited to 50% room capacity on account of current sanitary restrictions. All visitors are expected to wear face masks and gloves. QR codes or vaccination certificates are not required.