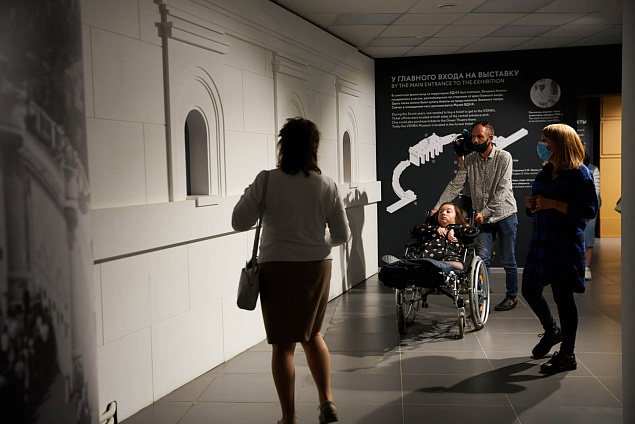 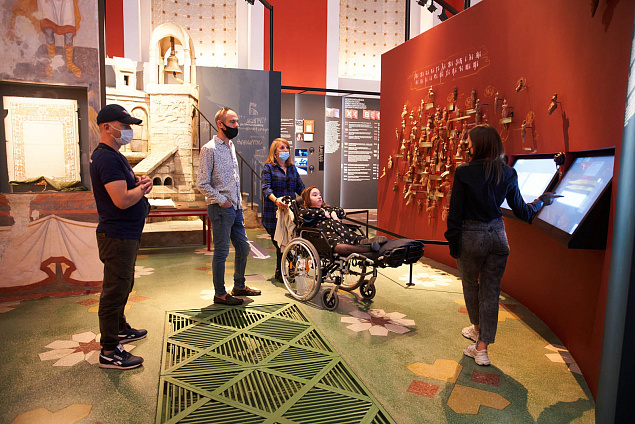 A dream to see Moscow: People's Front organised a VDNH guided tour for a girl with disabilities from Sergiev Posad

All-Russia People's Front has fulfilled the dream of wheelchair-user Yana Suvorkova to see Moscow. The girl addressed Vladimir Putin, the leader of the All-Russia People's Front, with this request during a TV question-and-answer session with the President of Russia. In the run-up to her birthday (Yana turns 20 on 29 July), community activists and VDNH organised a guided tour for the girl around one of the capital's most beautiful landmarks.

Yana is a Sergiev Posad native with Group 1 childhood disabilities. She has a genetic joint disorder known as arthrogryposis. Yana can only move while lying or reclining in a non-standard, custom-made wheelchair. Even leaving her flat can be challenging—not to mention a trip to Moscow, which is almost 70 km and 1.5–2 hours away on a weekday. This year, Yana graduated from high school and passed the Unified State Examination (USE). She hopes to become a lawyer.

Community activists decided to arrange an outing for Yana and her parents, organising a trip to the Exhibition of Achievements of the National Economy. The activists cooperated closely with VDNH specialists to make all of the necessary preparations.

The guided tour for the guests began at the arch of the Main Entrance and continued with a visit to the VDNH Museum, the Slovo Centre for Slavic Writing and a photo session at the Friendship of Peoples and Stone Flower fountains. Since 2021 is the anniversary year for national cosmonautics, Yana's tour included a visit to the Space pavilion. The guests also visited the dammed zone of the Exhibition near the Golden Spike Fountain.

The grounds of VDNH are properly equipped for the enjoyment of people with disabilities. Entry to the Exhibition grounds is free and there are both special parking spaces and special transport for mobility-impaired people, as well as accessible toilets. For people with hearing impairments, VDNH offers guided tours with sign language interpretation and inclusive performances every third Sunday of the month at the Fairy Tale Theatre. Blind and visually challenged visitors can enjoy the area and its main architectural landmarks by using the tactile models throughout the grounds.

In addition, the Good Museum programme operates at the museum complex, admission with a guide dog is permitted, wheelchairs and handcycles can be rented and other innovative accessibility projects are currently being tested. A full list of accessibility features can be found on VDNH's website.