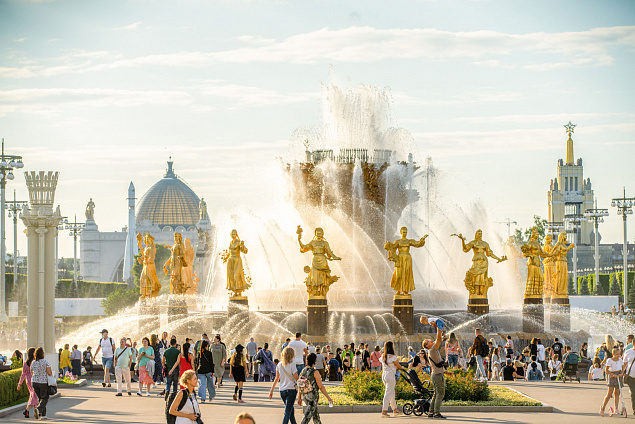 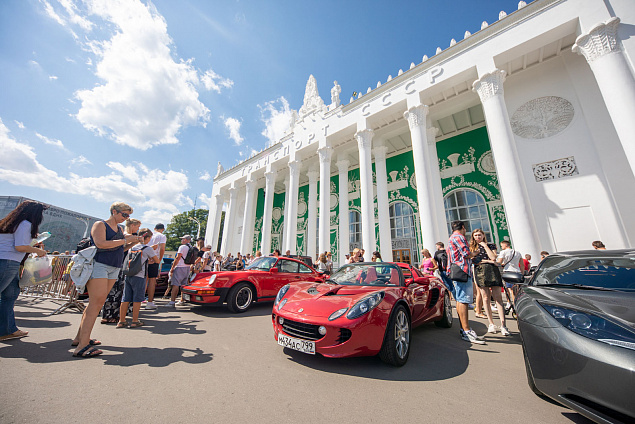 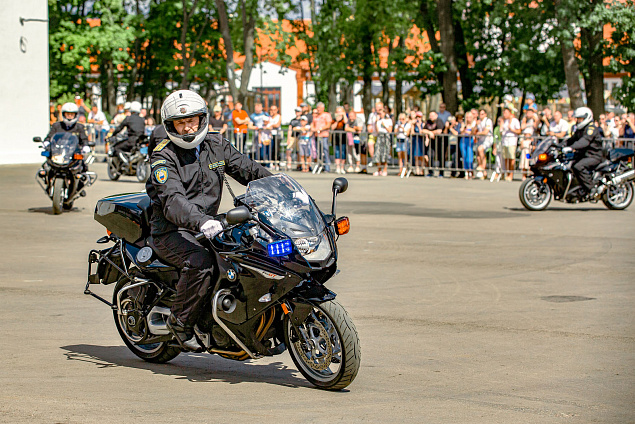 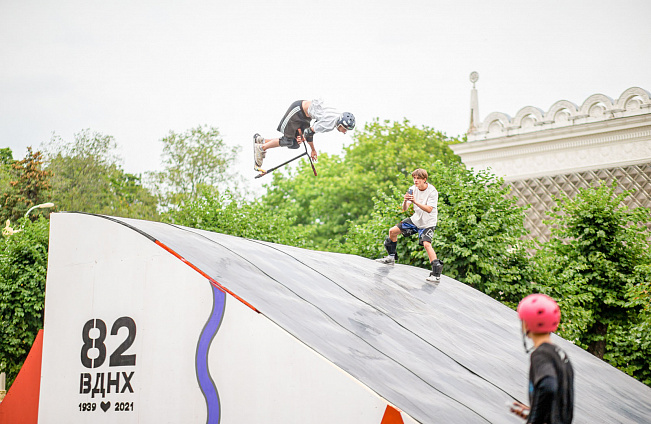 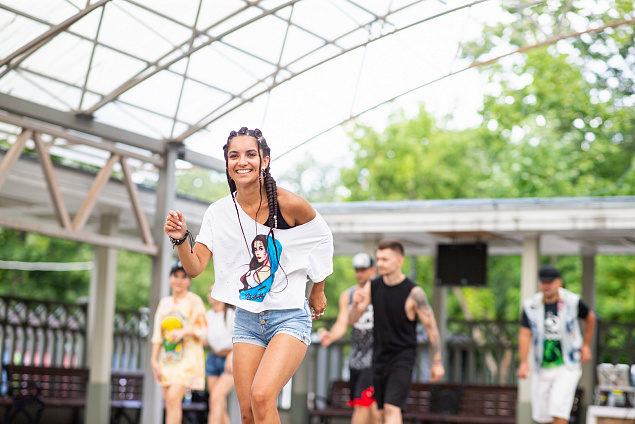 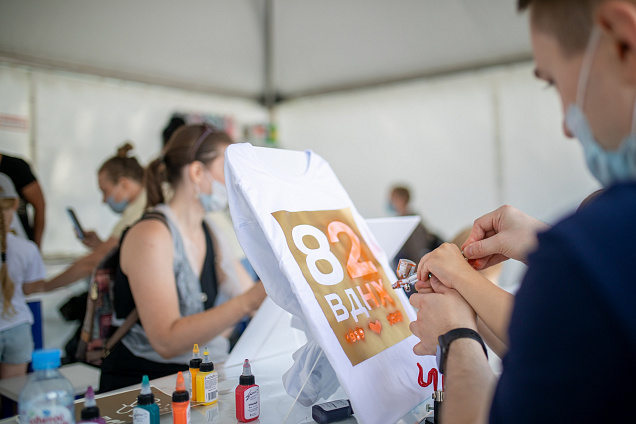 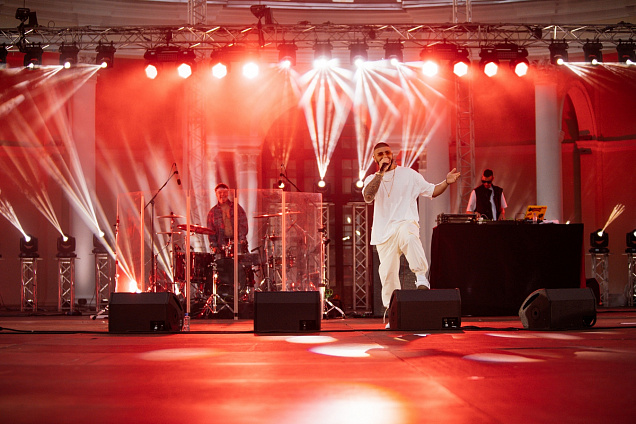 VDNH celebrates its birthday with over 300 events

Russia's main exhibition turned 82 last weekend. To celebrate, it hosted over 300 activities from the World of VDNH programme across 50 venues. All events were held with a limited number of participants and were fully compliant with the safety measures established by Rospotrebnadzor government agency.

'The main exhibition in our country celebrated its 82nd birthday on the first weekend of August. Everyone who came to VDNH on those festive days had a rich programme in store, which brought together 50 different venues. The guests saw retro car parades and performances by motorcyclists from the Honorary Escort of the Federal Protection Service of Russia, took part in intellectual challenges and quests, workshops aimed at improving their creativity and fitness, guided tours, concerts, drama shows and culinary festivals', said Sergey Shogurov, General Director of JSC VDNH.

The birthday weekend began with two special parades. Rare vintage and 'youngtimer' cars, provided by the Moscow Transport Museum and the Autoculture project, passed along the Ring Road through VDNH and finished at the Pavilion No. 26 exposition. This parade was followed by the Honorary Escort motorcyclists, who also put on a performance at the museum dedicated to the Special-Purpose Garage of the Russian Federal Guard Service. Sunday saw another parade, this time by Moskvich vintage cars from the eponymous club.

VDNH also prepared various birthday exhibitions, where the guests found out more about the Exhibition's main evolution stages, from the All-Union Agricultural Exhibition to VVC and VDNH; explored the history of the Space and Farming Pavilions, currently home to two state-of-the-art museums (the Cosmonautics and Aviation Centre and the Slovo Centre); visited the Moskvitch's Dream exposition, as well as expositions at the Floriculture Ecocentre, the Doll Museum and the Oil Museum; and examined the architectural and landscaping features of the Central Alley, which had been restored to their original 1954 appearance. In all, VDNH arranged about 50 thematic guided tours for its visitors during the birthday celebrations.

On 1 August, VDNH Museum turned two. It unveiled a new exhibition, Stars and Cotton, dedicated to the history of the Uzbek SSR and to the life and achievements of its architect, Stefan Polupanov. Until 30 October, guests can come here to see the elements of the pavilion's decor and get a unique copy of Stefan Polupanov's book, Architectural Monuments of Samarkand, with the author's dedication.

Those who prefer active leisure were able to play street ball, do some street dancing, test their mettle in slackline and perform some traditional qigong exercises. On 1 August, VDNH's guests witness thrilling extreme sports events: the Moscow Scooter Riding Championship in the Big Air Discipline and the Moscow Cycling Championship in the BMX Discipline. The programme further included a variety of creative workshops, where the participants made birthday greeting cards for VDNH, assembled their own mosaics based on the Exhibition's bas relief and maiolica designs, coloured some baseball caps and learned how to airbrush. The overall number of workshops held over the course of two days exceeded 200.

The birthday weekend presented VDNH's guests with a unique opportunity to join the legendary intellectual club, 'What? Where? When?'. A series of special quizzes was held at the Cosmonautics and Aviation Centre in honour of VDNH's birthday. Aside from that, the visitors were invited to take part in a festive quest from the Mir TV channel, watch cartoon characters from Soyuzmultpark become DJs, marvel at the dancing robots from the Robostation and attend photo exhibitions and holiday specials at the CIS Pavilions.

Green Theatre became the event's main concert venue. On Saturday, it hosted performances by MOHITO, Tim3bomb, ORLOVE, The Davincies, Artem Kacher and TERNOVOY. And on Sunday, the legendary open-air stage became the site of one of the final performances of the 6th Annual Inspiration Art Festival: the War and Peace symphonic show with theatre and film stars Darya Moroz, Stanislav Duzhnikov and Anatoly Bely. On the same day, the Zoloto band gave a concert under the dome of the legendary Space Pavilion.

The Restomarket gastronomic venue treated VDNH's guests to the different masterpieces of its chefs and hospitality experts on both festive days. Visitors could sample dishes and high-quality products from the best eco-friendly producers and suppliers, see street performances and take part in workshops and interactive activities. And Ruspish company prepared a birthday treat like no other: two gigantic doughnuts measuring 35 cm in diameter and weighing 4.5 kg each.

Finally, there was a special promo on 1 August, also part of celebrating the Exhibition's 82nd birthday: the fee for passenger car entry on the premises was cut down to a symbolic sum of 30 kopecks (what it used to cost in the USSR). As many as 126 car owners took part in the promo.