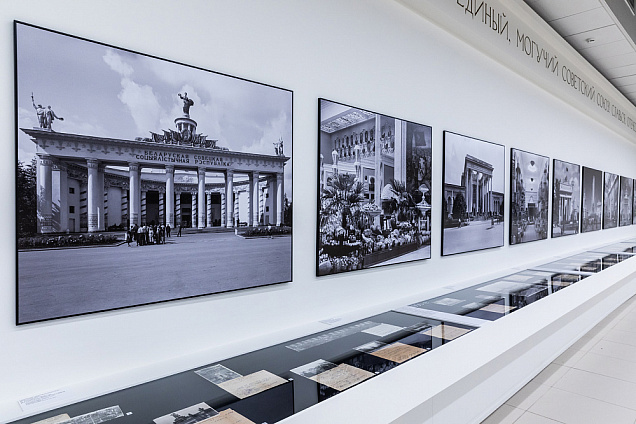 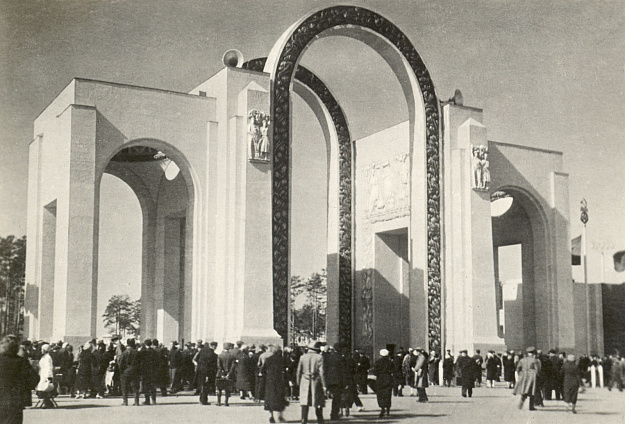 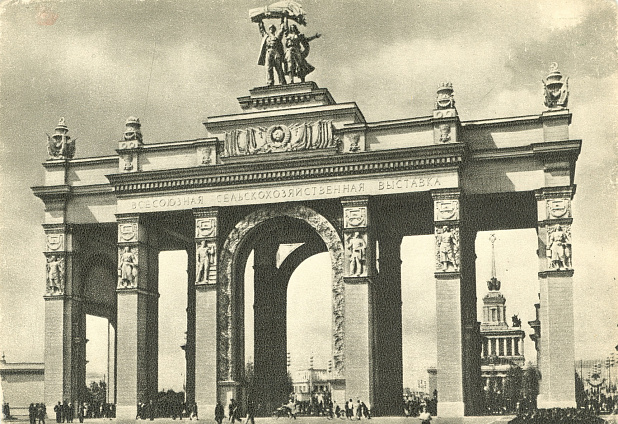 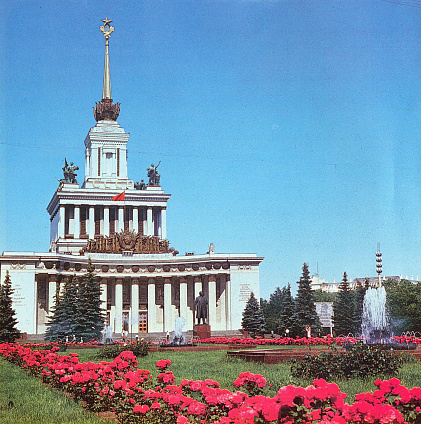 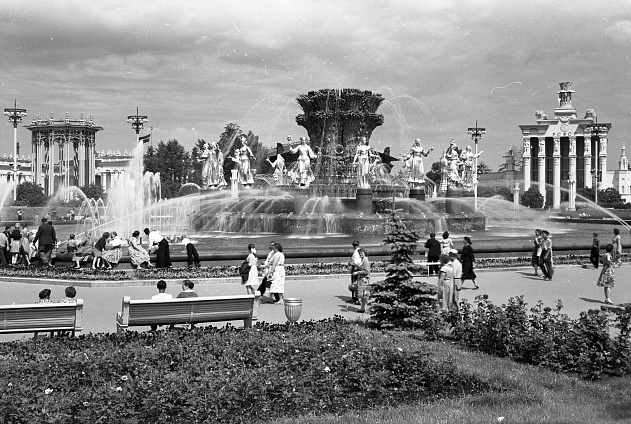 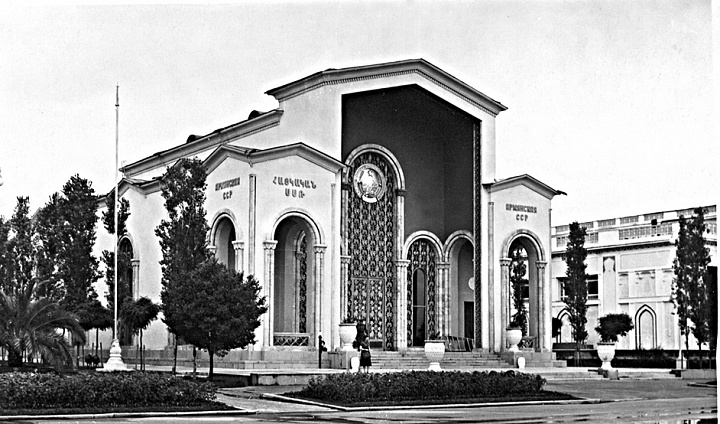 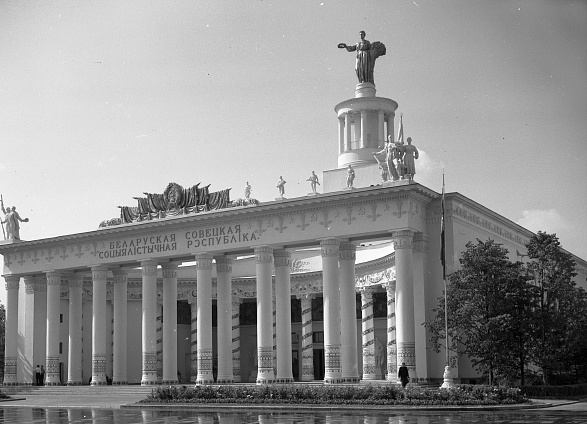 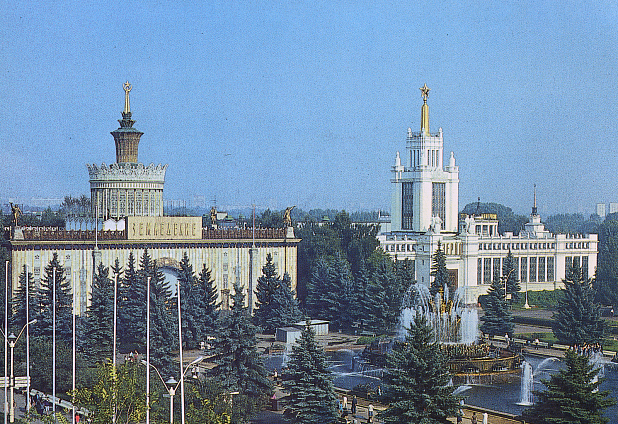 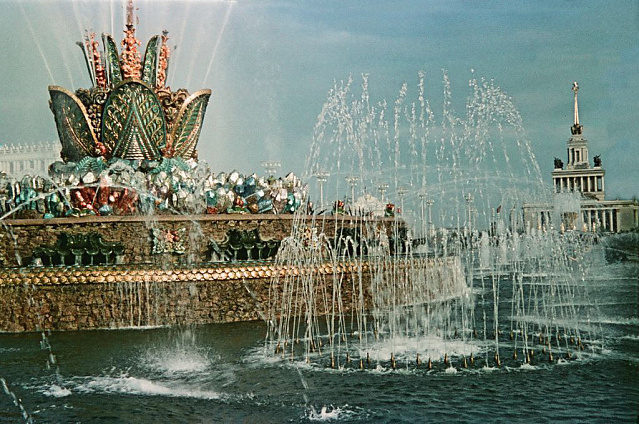 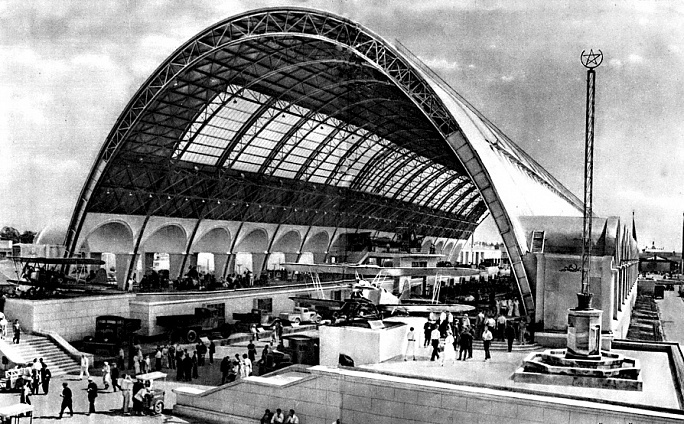 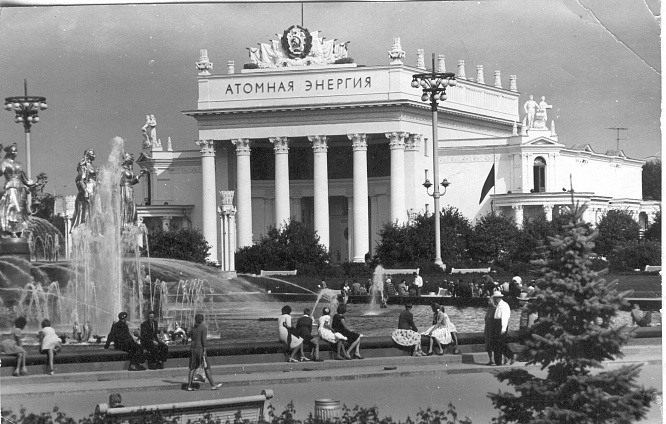 Construction Worker's Day: VDNH Shares Archival Photos and Fun Facts about How It Was Built

The second Sunday of August is Construction Worker's Day in Russia. Over its 82 years of history, the country's Main Exhibition has employed countless talented architects, builders and renovation experts, which has always made this day very special. Today, we would like to share some interesting facts about VDNH's architecture, display archival pavilion photos and explain where you can find out more about the different stages in the Exhibition's history.

The construction of the Exhibition initially followed a plan that was designed by the architecture workshop under the Main Exhibition Committee, headed by V. K. Oltarzhevsky. The idea was to continuously ‘unfold’ more and more new ensembles, to keep bolstering the visitors' interest as they moved through the grounds.

According to the general plan, there was only one possible route that the Exhibition's visitors could follow: past the Worker and Kolkhoz Woman monument, under the Main Entrance (currently North Entrance) arch, and then along the alley to the Main Pavilion. The Main Pavilion bore a striking sculpture, serving as a dominant landmark: the Tractor Driver and Kolkhoz Woman (sculpted by R. N. Budilov and A. A. Strekavin).

Having reached the Main Pavilion, the crowd would gradually spread out over the central Kolkhoz Square, which was lined with pavilions representing different republics and zones along the perimeter. During construction, the architects made every effort to convey the unique national character of each republic, drawing inspiration from ethnic patterns, stamping, carving and other folk crafts. The route then entered the Mechanisation Square, with a monument to Stalin in the centre. This was the Exhibition's apotheosis.

The Mechanisation Pavilion (architects: I. G. Taranov, V. S. Andreev, N. A. Bykova) had a very unusual yet memorable structure. It was a huge, parabolic, shed-like building, open on both sides, which displayed Soviet caterpillar-tracked and wheeled tractors, trucks and agricultural aircraft. The middle section of the pavilion that we can see today has been preserved since 1939, when VDNH was known as the All-Union Agricultural Exhibition. The pavilion also had a monumental domed hall, which completed the composition. Today, this hall is known as the Space Pavilion, home of the Cosmonautics and Aviation Centre.

In terms of an architectural form, most pavilions at the All-Union Agricultural Exhibition were built in the classical style, with fairly austere decor. More important structures were visibly inspired by the Art Deco style.

During the reconstruction of the Exhibition in the early 1950s, the retrospective component of its architecture was emphasised even further. The Exhibition gained a new Main Entrance (shaped like an 18th–19th century triumphal arch), along with monumental fountains reminiscent of those in Versailles and Peterhof. The Main Entrance ensemble created a new layout axis for the Exhibition, formed within its new general plan.

The new aesthetic met the demand for a solemn ensemble that would fit the pathos of the USSR's military victory and post-war revival. The Exhibition's architectural traits that developed during this period have been largely preserved to this day.

The renovation and design of the pavilions were influenced by the construction of high-rise buildings in Moscow, which had a great impact on the city's overall architectural and artistic appearance. The contours of the famous Seven Sisters are easy to recognise in the Central Pavilion building (architects: Yu. V. Shchuko and E. A. Stolyarov), as well as in the reconstructed Moscow Region Pavilion (architect: D. N. Chechulin) and in various smaller structures like the Tsentrosoyuz Pavilion (architects: R. R. Kliks and B. S. Vilensky).

The Agriculture Pavilion (architects: A. A. Tatsii, N. K. Ivanchenko) was built in 1954 on the Exhibition's main axis, which linked the Main Entrance, the Central Pavilion and the fountains. The years 2017–2018 saw a comprehensive restoration of the entire building, including its sculpted and ceramic ornaments and glass panes. The pavilion is currently used by the Slovo Centre for Cyrillic.

Today, VDNH possesses a unique architectural ensemble that is unmatched anywhere in the world and has retained the same layout, key building and hardscape over the course of many decades. The complex is home to 49 cultural heritage sites. As many as 23 of them have been brought back during the restoration period.

Come to the VDNH Museum if you want to find out more about the 82-year history of the Exhibition and the fate of its pavilions, architects and builders. The Museum is open every day except Monday, from 11:00 a.m. to 10:00 p.m. You will find it in the right wing of the Main Entrance.

There also are a number of guided tours of the Exhibition's grounds, dedicated to VDNH's history from its founding to present day. In just an hour and a half, the visitors will see the majestic pavilions that are now textbook examples of the Soviet Empire, neoclassicism and art nouveau styles, and learn which sites and structures on the grounds date back to the creation of the All-Union Agricultural Exhibition. If you are interested in the main stages of VDNH's construction and their unique traits, you can take a thematic tour called ‘A Journey Through Time. VDNH. Across the Years and Epochs’. The tour's participants will find out how the Exhibition was built, which famous architects designed its main pavilions, and how the Exhibition changed over the years. When the tour ends, they will see VDNH in a completely new light.

Plus, you will be able to take a video tour dedicated to Vyacheslav Oltarzhevsky, the first chief architect of the Exhibition. Among other things, it talks about the design and the architecture of VDNH. Another feature is the Media centre's archive of the VDNH Museum, available to all Internet users. The users will take a look at the design drafts of VDNH's first pavilions and take a virtual walk through the Exhibition's various historical iterations by examining thousands of photos, maps and magazine pages.