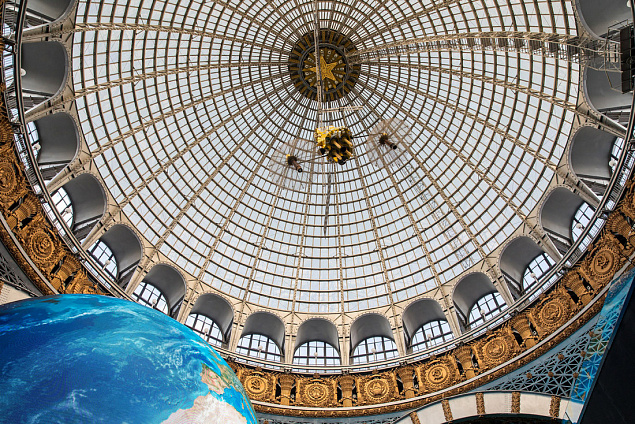 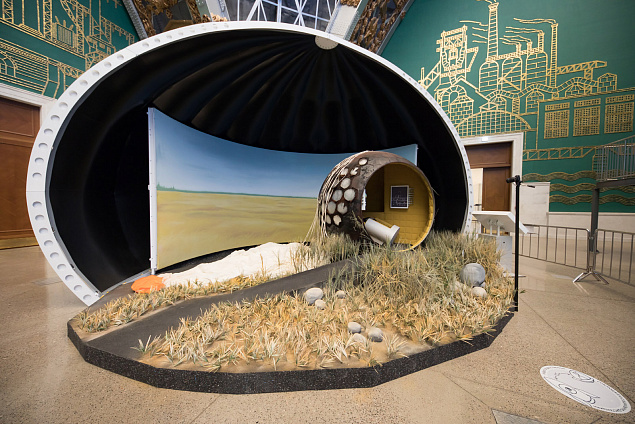 Pets in Space is the name of the free themed tours to be offered by the Cosmonautics and Aviation Centre at VDNH on 19 and 20 August 2021 in honour of the 61st anniversary of the Soviet space flight 'manned' by the dogs Belka and Strelka.

Tours start at 1 p.m., 3 p.m. and 5 p.m. on 18 and 19 August. Visitors will hear the tragic story of Laika, the 'passenger' of the ill-fated second unmanned spacecraft, and the success stories of Belka, Strelka and other Soviet dogs who blazed the space trail for humanity.

Visitors will also learn about the turtles who were the first to orbit the moon, the Bion series of biological research spacecraft and scientific experiments on board the Mir space station—in one experiment, fledgling Japanese quail hatched from the eggs on board the station.

The 25-hour Belka and Strelka mission was launched on 19 August 1960. The Sputnik-5 spaceship with the dogs on board orbited the Earth 17 times within that time. This was the first spaceflight with living beings on board that returned safely to Earth. Sergey Korolev personally supervised preparations for the mission. Twelve dogs were culled using a custom methodology. Belka and Strelka showed the best results in their group.

They were accompanied into space by 12 mice, some insects, plants, fungi, seeds, a few germ cultures and other biological entities. The purpose of the experiment was to study the effects of spaceflight on living organisms and streamline the vital survival and recovery systems of Soviet spaceships.

Upon their return, the dogs lived at the Institute of Aviation and Space Medicine (currently the Research and Test Centre of Aerospace Medicine and Military Ergonomics of the Russian Ministry of Defence). They were taken around and hailed as heroes by children in schools and kindergartens. A few months after her space flight, Strelka gave birth to six perfectly healthy puppies. One of them was gifted to Jacqueline Kennedy, the wife of President John Kennedy of the United States.

There is a cap of 20 people for each tour. The age limit is 7+. Prior registration is required.

Members of the Friends of VDNH loyalty programme enjoy a discount on tickets to the Cosmonautics and Aviation Centre. For a full and regularly updated list of programme partner venues, see the programme page on the VDNH website. Admission to the Cosmonautics and Aviation Centre is free during the Happy Hours (11:00 a.m. to 3:00 p.m., Tuesday through Friday). The number of free tickets is limited.