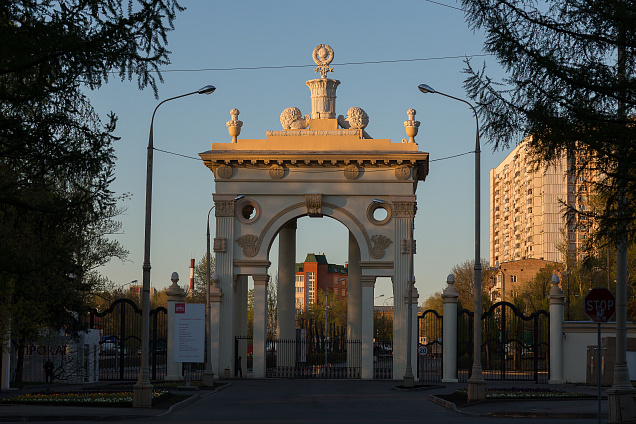 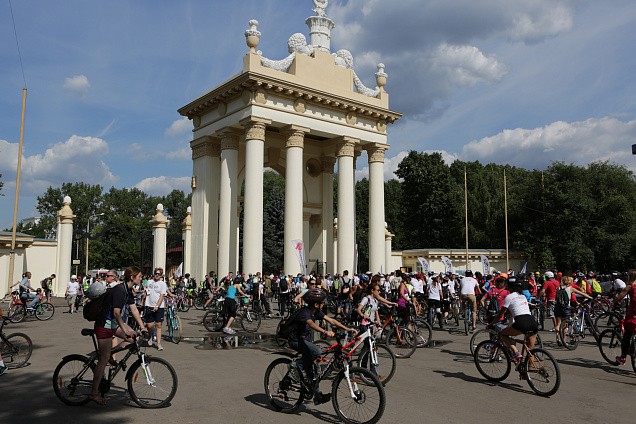 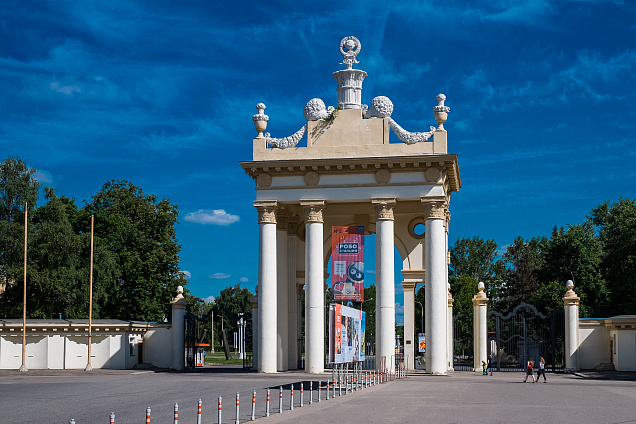 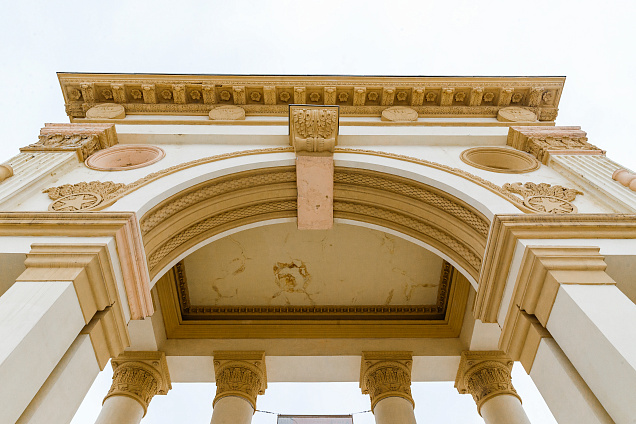 This is the entrance to VDNH from 1st and 2nd Ostankinskaya streets. Architecturally, the arch combines a portico and a single-span triumphal arch lushly adorned with heavy vegetable garlands joined to each other by vases and a cornucopia.

Construction on the arch lasted from 1951 to 1953. The architects were V. Voskresensky, G. Lebedev, D. Oltarzhevsky and A. Ovchinnikov, with input form I. Zholtovsky. The modeler was P. Gribkov.

The upper section of the entrance is styled after the Porta Pamphilia, a beautiful gate in the Italian city of Ravenna. It is located at the intersection of Via di Roma and Via Cesarea. The gate was built in 1580 and is also known as the Porta Gregoriana, after Pope Gregory XII.

It is decorated with marble taken from the Port'Aurea, another site that had fallen into disrepair. The span is made of two grey granite pillars with Corinthian capitals supporting the marble span. At the top of the arch is the coat of arms of Pope Innocent X. It is framed by two cornucopias and two doves at the edges, each holding an olive branch in their beak as a symbol of peace. The gate was blown up by Italian guerrillas in 1944; its current form was only rebuilt in 1997.

According to urban legend, a section of the fence of the All-Union Agricultural Exhibition originally came from Heinrich Himmler's country estate. However, according to VDNH archive documents, the section of fence in question was designed by V. Klychkov, I. Lobov and V. Kazakov. During the 1984–1986 renovation, sections with a simpler pattern based on standard elements by the architect N. Mysak were added to the fence.