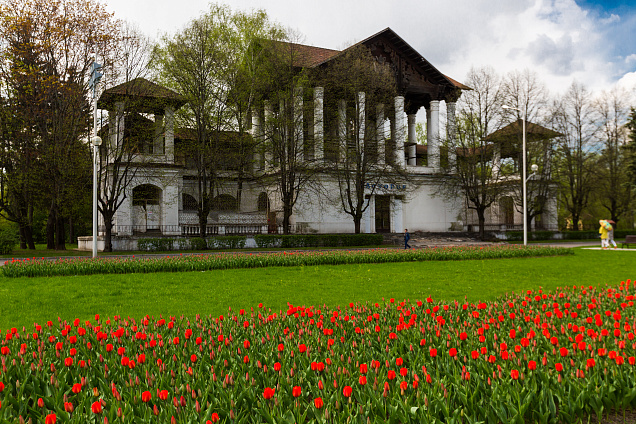 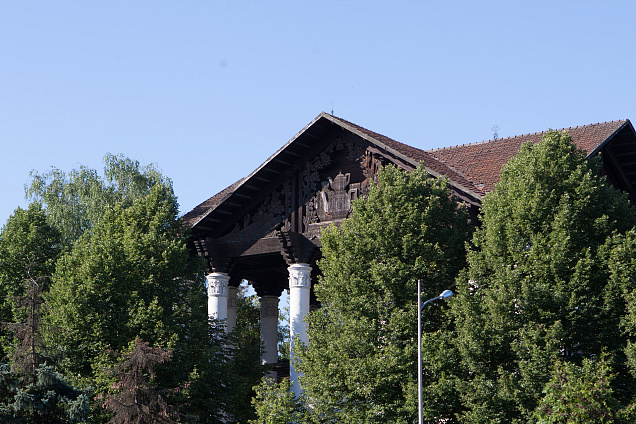 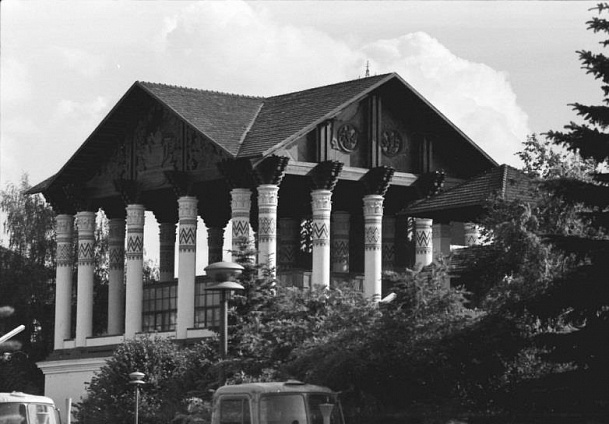 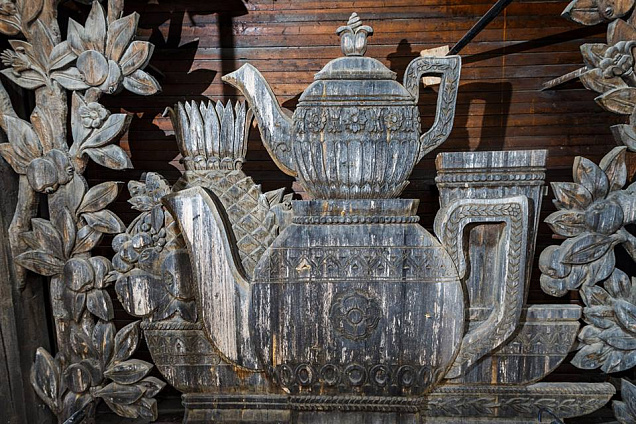 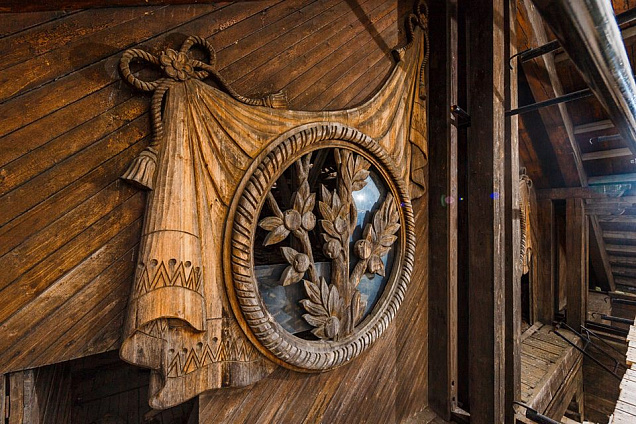 This unique pavilion has a real summer atmosphere all year round. Thanks to its spacious open terrace and side galleries on the second floor, its silhouette appears light and airy despite its large area. At the moment, the pavilion is closed for restoration works.

The pavilion is closed for restoration works.

The building No. 518 Leto café was finished in 1954 according to a design by the architect L.I. Marinovsky. It replaced a building that had been built in 1939 (architect A.F. Zhukov), and later the Astoria restaurant was erected here.

Building No. 518 is situated on the Central Alley, behind the Pavilion Cosmos. Its terrace has an amazing view of the impressive statue, The Worker and Bull.

The architects thought through every element of Leto café: its wooden decor has something in common with the carvings on the pavilion Karelia, and the teapots, sunflowers and fruits on the façade have a most elegant design.

Leto was closed down in 1985. A major part of its interior has been lost, such as its original flooring and the decor on the columns. The historic central entrance was bricked up and its wooden decorations have become dilapidated.

Interestingly, the initial design for the various cafés and teashops of the Exhibition stated that all of them should fulfil the visitors' needs for culture and leisure and demonstrate local styles on their façades. The design of this café was created by young graduates and senior students of the Moscow University of Architecture.