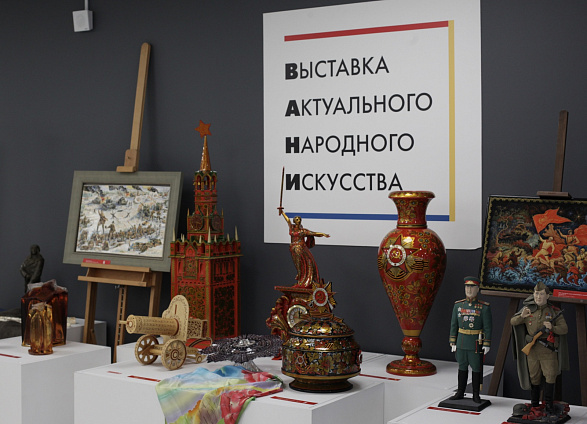 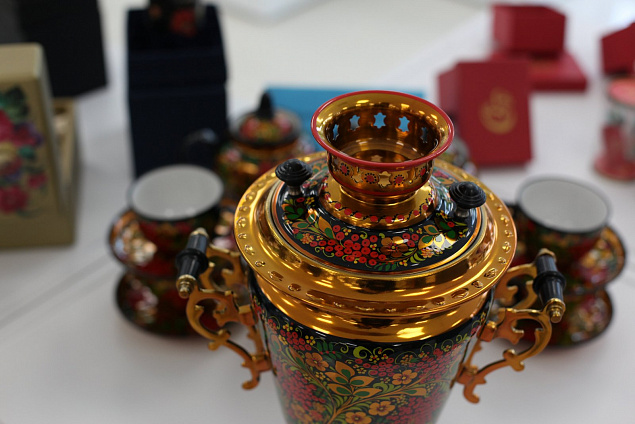 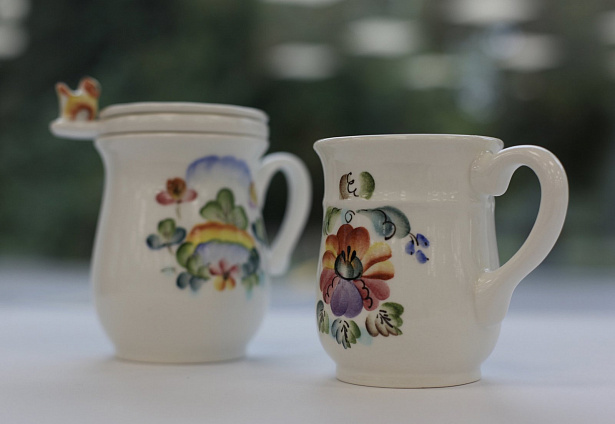 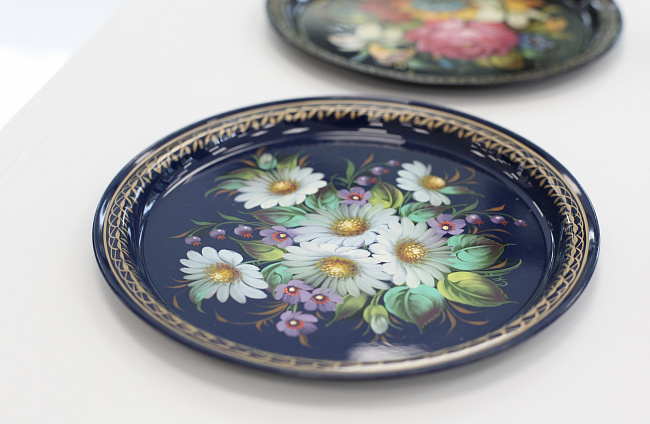 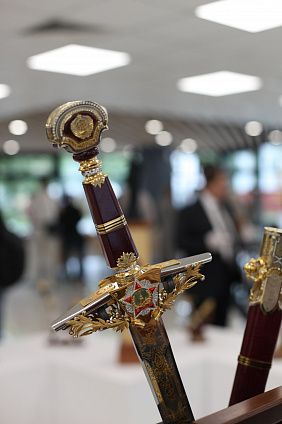 At the Exhibition of Relevant Folk Art, you will find a multitude of different folk art genres from all over Russia assembled within a single exhibition space. More than 20 enterprises have their works on display here, executed in a variety of media and techniques, including Khokhloma wood painting, Kasli cast iron sculpture, Gzhel porcelain, Zlatoust steel engraving, Romanov clay toys, Zhostovo painted metal trays and much more. The exhibits on display at the Exhibition of Relevant Folk Art get updated on a regular basis.

The exhibition features the Volkhov roly-poly toy, prize winner of the all-Russian Tourist Souvenir Awards '2019 in the Toy Souvenir category. The roly-poly was designed by artisans from Leningrad Region. The toy's costume was decorated using Volkhov free-hand wood painting, a technique revived in the 21st century.

Another exhibit, Victory Sword, was crafted by a Ural artisan in the Zlatoust steel engraving technique. The sword, made in honour of the 70th anniversary of Soviet Victory in the Great Patriotic War, won the Grand Prix of the Top 100 Russian Products competition in 2016.

The exhibition features a prime exemplar of Gzhel painting, the Tea Party pot, and one of the most recognisable specimens of Semikarakorsk ceramics, the Don Vistas tea set.

Building 457 was constructed in 1967 to the design of the architect Lobzin. Intended as a supplementary exhibition space for Pavilion No. 71 Atomic Energy, it was named Nuclear Industry 2.

After the passage between the pavilions was dismantled in 2009, Building No. 457 became a standalone venue at VDNH. Following a renovation, the building welcomed an exposition of Russian folk arts and crafts, a VR cinema and a multifunctional centre for presentations and exhibitions.