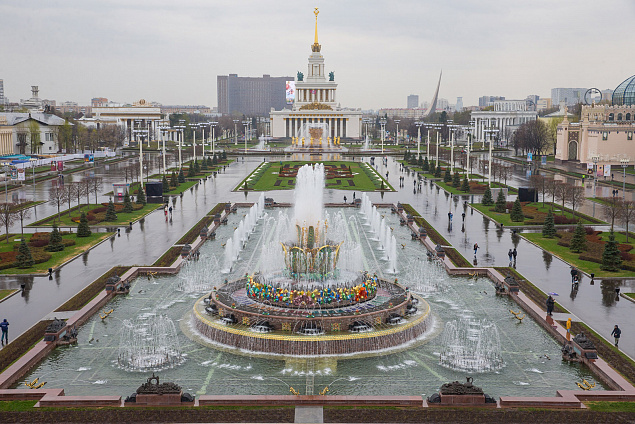 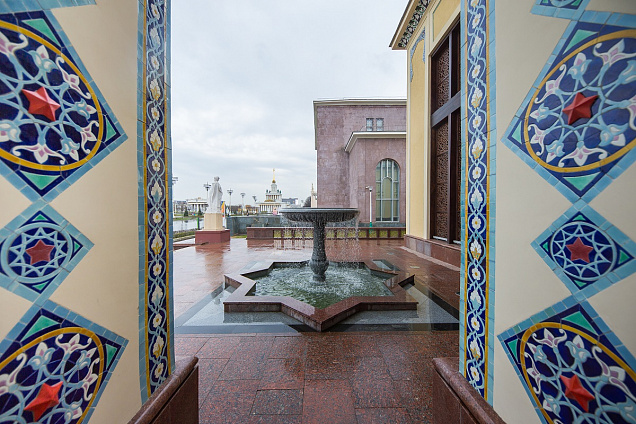 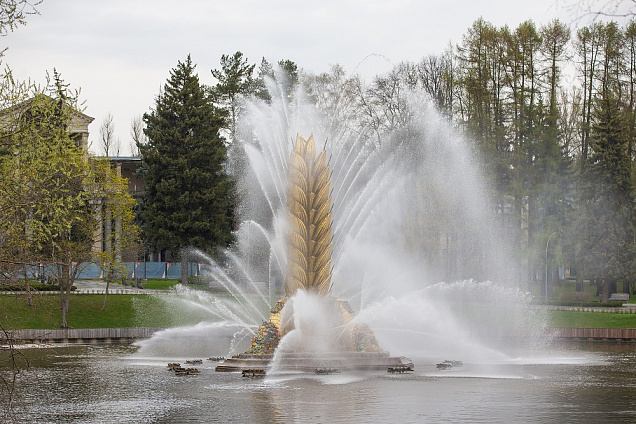 VDNH kicks off the summer season with the launch of fountains

On 30 April 2021, VDNH kicked off the summer with the launch of fountains. VDNH's unique fountains are considered one of Moscow's attractions.

Starting from today, visitors will be able to see Moscow's iconic fountains in action every day from 7 a.m. to 12 a.m. These include Friendship of Peoples, Stone Flower, Golden Spike and VDNH's small fountains. The fountains will operate until the end of September or early October, depending on the weather.

VDNH will operate nine water cascades in the 2021 summer season.

Its historical fountain complex consists of such monuments of Soviet architecture as Friendship of Peoples, Stone Flower, Golden Spike and 14 fountains on the Central Alley. All of them have architectural and decorative lighting.

In addition, VDNH also has several lesser-known fountains on its grounds: the Rocket on the Square of Industry, the sculpture fountain Boy Pulling out a Fish, located behind Pavilion No. 64 Optics, bowls near Pavilion No. 14 Republic of Azerbaijan and dry fountains near Moskvarium and Pavilion No. 31 Geology.

The launch of the fountain season is preceded by a lot of preparatory work. Experts clean the fountain basins from the accumulated snow, ice and debris, as well as check the lights and pipes. Before the fountains are launched, their basins are washed with a mixture of water and a special shampoo. It is supplied under high pressure and is harmless to mosaics and granite. The next stage involves the installation and adjustment of lamps and nozzles. Before the launch, the fountains are tested and adjusted with the use of clean water. Preparations for the launch of large fountains take up to 20–25 days.

You can find more information about VDNH's fountains in the guide.