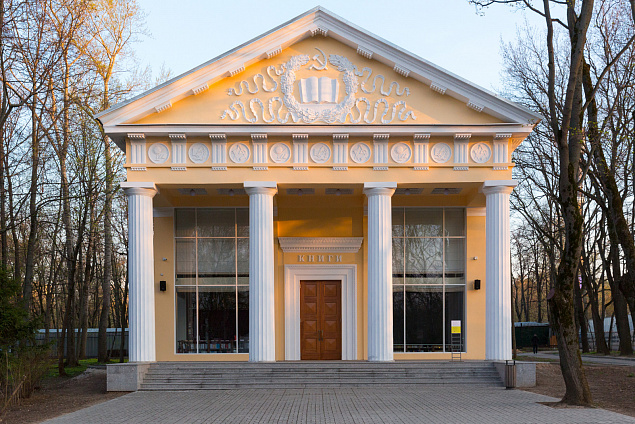 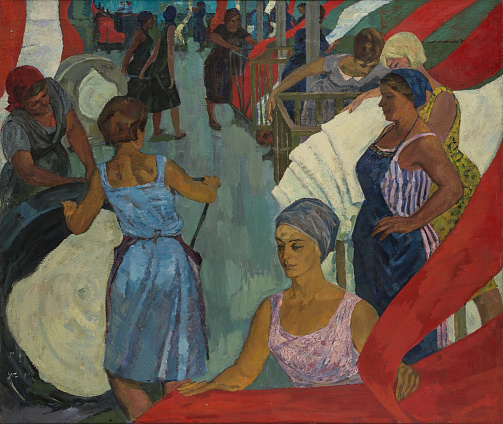 From 27 April to 5 June, the Book Pavilion at VDNH will turn into the Metamorphosis Zone: a space for public discussions, workshops, lectures and concerts dedicated to the Soviet art and its influence on subsequent generations. Attendance is free by prior registration. The programme is part of the exhibition project Socialist Realism. Metamorphoses. Soviet Art 1927–1987, organised by the ROSIZO State Museum and Exhibition Centre at several Moscow sites.

From 27 April to 5 June, the Book Pavilion will operate a special space that will immerse the visitors in the atmosphere of the late Soviet period. It is created with the help of the online platform Neizdannaya Rossiya (lit.: Unpublished Russia). The video installation will take the visitors back to their childhood with familiar Soviet songs in the setting of a Soviet living room.

Visitors to VDNH and the Book Pavilion will also be able to try on the role of a Soviet book illustrator, listen to lectures on Soviet art and attend a concert dedicated to poets of the 20th century.

At 4 p.m. on 1 May, the pavilion will hold the workshop Soviet Book for Children, during which the participants will learn about the book illustration process and create their own book using the visual techniques of Soviet graphic art (linocut). You can take part in the workshop at 2 p.m. and 4 p.m., advance registration is required. Admission: RUB 200.

On 5 May, the Book Pavilion's reading hall will host an exhibition of young artists, who have prepared a series of works resembling Soviet posters for the parallel programme.

On 17 May, the Book Pavilion's café will show a special episode of the programme Dialogues Beneath the Dome featuring the curator of the exhibition project Socialist Realism. Metamorphoses. Soviet Art 1927–1987 Aleksandra Kharitonova. Another episode, dedicated to Soviet cinema, will be released on 31 May. All episodes will be available online on VDNH's official Facebook page.

At 3 p.m. on 22 May, the Book Pavilion will host a meeting with contemporary artist Yegor Koshelev, whose works are included in the exposition Socialist Realism. Metamorphoses. Soviet Art 1927–1987 on Krymsky Val Street.

At 3 p.m. on 5 June, Denis Sorokotyagin, a winner of international singing and recital contests, director, actor of the Elena Kamburova Theatre of Music and Poetry and author of texts, will recite poems by V. Mayakovsky, O. Mandelstam and other poets of the 20th century accompanied by piano music.

You can sign up and track the upcoming event schedule by following this link.

The exhibition project Socialist Realism. Metamorphoses. Soviet Art 1927–1987 is based on the collection of the ROSIZO State Museum and Exhibition Centre and illustrates the eclectic, multi-layered and ambiguous nature of socialist realism and its transformations in the context of changing cultural and historical paradigms. The programme will be held at several Moscow venues at once. The exposition on Krymsky Val Street will feature not only classic socialist realism paintings but also the works of contemporary Russian artists Pavel Otdelnov, Yegor Koshelev, Maria Safronova and Vladimir Potapov.