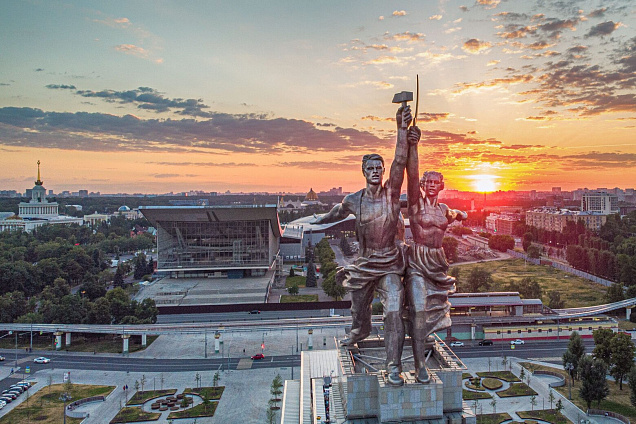 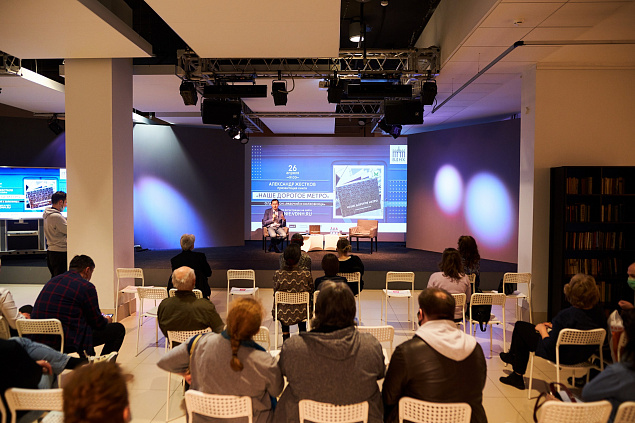 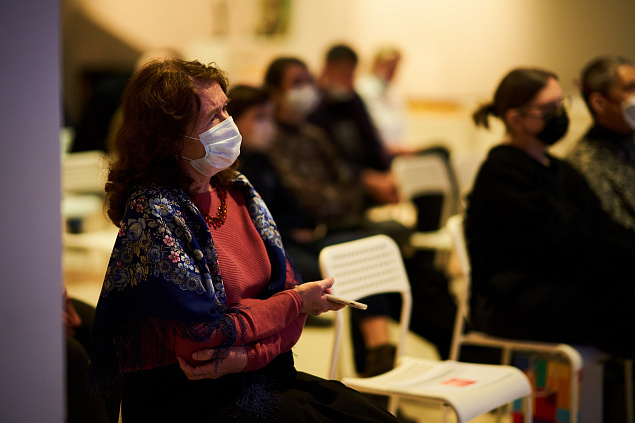 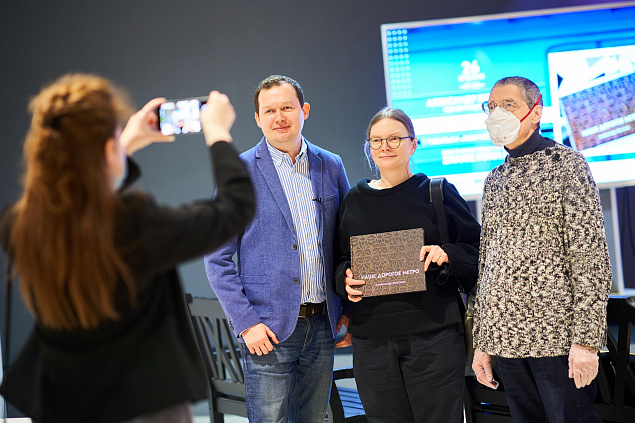 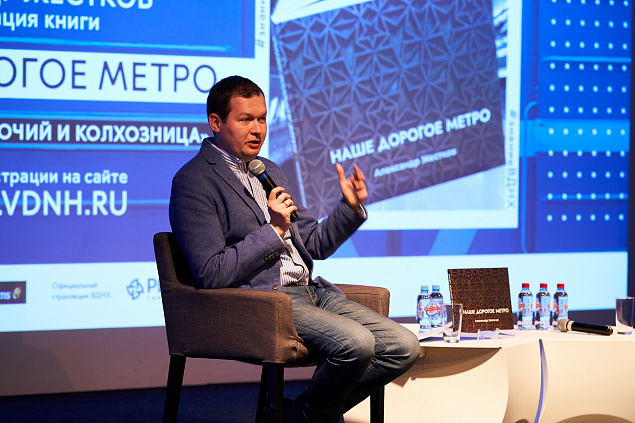 VDNH Hosts a Presentation of Our Dear Metro

A presentation of Our Dear Metro, a new book by Alexander Zhestkov, took place at the Worker and Kolkhoz Pavilion on 26 April. The event was part of the Knowledge. VDNH project. The new book is dedicated to one of the Soviet Union's most expensive subway construction projects: the Sverdlovsk (currently Yekaterinburg) Metro, as well as to the relevant issues of developing underground transport systems and the overall urban environment in Russian megacities. The presentation saw contributions from speakers specialising in history, architecture, urbanism and transport systems from Moscow and other Russian cities: experts and amateur fans alike.

27 April marks the 30th anniversary of the launch of the USSR's last metro in Sverdlovsk. The creation of this infrastructural feature was initiated by Boris Yeltsin, back when he was First Secretary of the Communist Party's Sverdlovsk Regional Committee. And its fate proved to be quite dramatic. The metro's opening ceremony had to be cancelled several times, and at first, the metro line only had three stations. The locals even nicknamed it 'an underground kids' railway'. It took years to properly finish building the metro. And now it ranks fourth in Russia by passenger traffic, after the metro in Moscow, Saint Petersburg and Novosibirsk. It accounts for 25% of travel by public transport in the city. Expert assessments and ten-point traffic jams send the message loud and clear: the capital of the Ural region is in dire need of a second metro line.

'One of the book's main goals is to highlight the need for creating a second metro line in Yekaterinburg and activate underground construction in other Russian regions. The book reviews the achievements of Moscow, which has, over the past ten years, turned into a world-class leader in subway construction and transport infrastructure overhaul. It is very important that Moscow's success story get applied to other megacities in Russia as well', stresses Alexander Zhestkov.

This is the first book about a regional metro to be published in Russia for the general reader in many years. Our Dear Metro explores the Yekaterinburg underground and Yekaterinburg itself: not just as a transportation system but also as a cultural, historical and architectural phenomenon.

'For Yekaterinburg, the metro is a kind of special national idea, a symbol of status and importance. We only have one line, but we really need Lines Two and Three. The fact that such books get published is very important to us, as this sheds light on our issues. And we are happy to contribute to projects like this one', says Alexey Gagarin, director of the Sverdlovsk Region Centre for Documenting Community Organisations.

The book also offers the reader a chance to compare the subway system in the Ural region and the metros elsewhere in Russia and around the world, as well as find out which secrets that lie beneath the streets of St. Petersburg, New York, London or Beijing.

It features previously unpublished photographs and other documents from the personal archive of Boris Yeltsin. Furthermore, the readers will get to examine different subway elements that were co-designed by the musician and architect Vyacheslav Butusov; find out how the concepts of new stations were conceived; visit Rada Khrushcheva's house in Moscow; and take a peek into Ernst Neizvestny's New York studio.

'I am grateful to the author; you have created something amazing. You have prompted the reader to look at the city, and one of its most important landmarks, from a slightly different angle. I think that this book is not just for those who live in the Ural region. It will matter far beyond Yekaterinburg. It will mean a lot to have more books like this in the future; not just about subways', notes Elizaveta Likhachyova, director of the A. V. Shusev State Museum of Architecture.

The author invites his audience to dive into service tunnels and underground offices and depots, take a draisine ride through the subway at night, study how passenger flows change over the years, ponder over the competition between private and public transport, witness metro-themed celebrations and learn more about transport museums in different cities around the world. The book contains over 350 photographs, design drawings, graphs and illustrations, made by the author himself or found in archives.

The book's contributors include the Boris Yeltsin Presidential Centre, as well as top museums, archives and specialised organisations from Yekaterinburg and other Russian cities.

'As someone who works with kids and young adults, I will always be in favour of allowing the new generation to learn as much as they can from books like this. Because even our experts, mature people who are interested in metros not just in Moscow and in Russia but also around the world—even they note, all as one, that the materials on the subject are scarce', says Olga Novikova, head of the Moscow City Centre for Career Guidance in the Transport Complex.

Right now, the Uralskaya station of the Yekaterinburg metro is being used as a venue for an underground exhibition: Time En Route: How We Built the Metro, co-hosted by the metro and the Yeltsin Centre. The subway passengers get a chance to see Alexander Zhestkov's photographs and other exhibits that are now part of his book. In February and March, the exhibition was open at the Ploschad 1905 Goda station.

Alexander Zhestkov is a journalist, media manager and PR consultant. He worked for Yekaterinburg newspapers and TV during the 90s; from 1998 and onwards, he has been a reporter, host and head of programmes at various federal channels: Russia-1, NTV, REN TV and Mir. Head of press relations at VDNH since 2019. Recognised by the professional community in Russia as Spokesman of the Year in 2019. Author of news stories and documentaries about the Moscow, Yekaterinburg and Kazan metro.