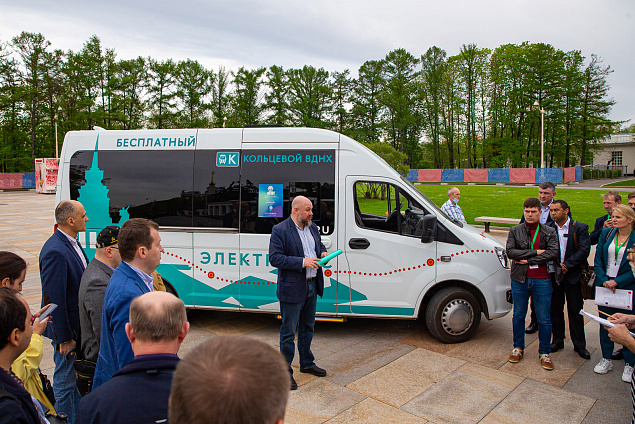 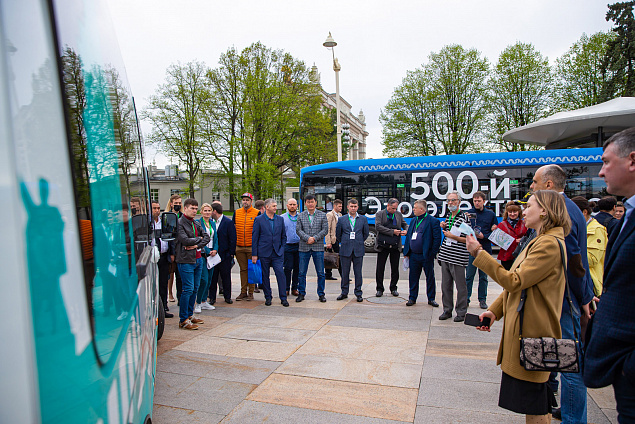 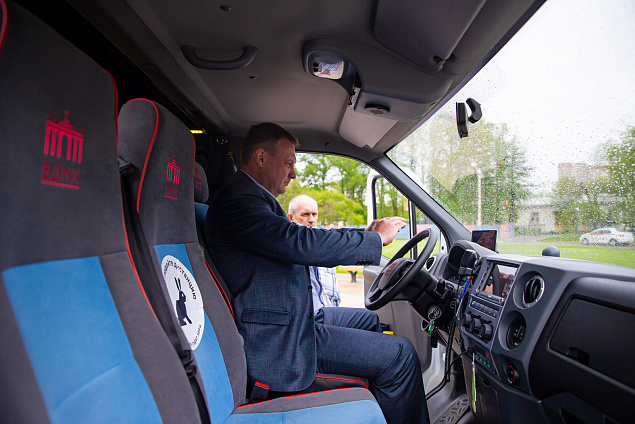 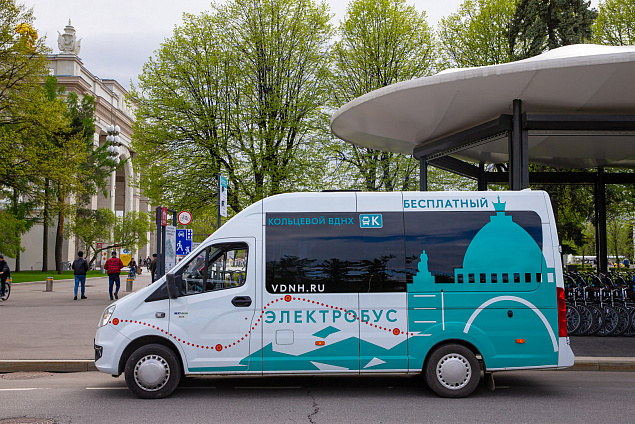 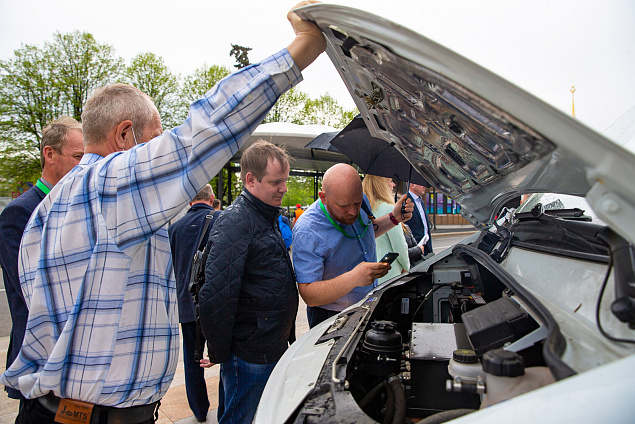 13 may 2021
On 13 May, VDNH demonstrated its electric buses to the delegation of the Russian Public Transport Week, which is currently taking place in Moscow. The participants of the ElectroTrans exhibition came to VDNH to learn about the functioning and operation of the electric buses and the new technologies in the field of environmentally friendly transport.


The presentation sparked great interest among the participants of the ElectroTrans exhibition of the Russian Public Transport Week. About 40 managers and specialists of transport enterprises came to see the work of VDNH's ring road.

Acting Head of the Department for Strategic Development and Management of JSC VDNH Territory Vladimir Berezin addressed them with a welcoming speech: 'VDNH occupies more than 325 hectares. The question of fast and comfortable transportation is undoubtedly relevant for a territory of this size. Free electric buses began to run along the VDNH Ring Road last summer. During 11 months, they transported over 270,000 visitors'.

There are 25 stops along the route, including the ones at the innovative educational complex Technograd, the Park of Crafts, the Landscape Park, the Cosmonautics and Aviation Centre, the Green Theatre and other key locations. The buses run every 15–20 minutes daily from 9:00 a.m. to 10:00 p.m.

The delegation was also addressed by representatives of the company that developed the buses, SpetsAvtoInzhiniring: Deputy General Director Evgeny Shikanov, E-Mobility Project Manager Anastasia Bezyaeva and E-Mobility Development Director Oleg Kononenko. They talked about the new technologies used in VDNH's electric buses and the specifics of their operation and maintenance.

The appearance of electric transport at VDNH has historical roots. In the 1950s, the Exhibition had an internal trolleybus line operated by the unique new trolleybuses TBES-VSHV. As part of the VDNH revival programme, it has been decided to launch convenient and environmentally friendly transport that will take the visitors to the farthest corners of the Exhibition.

The ElectroTrans exhibition is one of the main events of the year in the field of public transport. It is a platform for communication between managers and specialists involved in the development of urban electric transport: from electric scooters to commuter trains. More than 120 organisations take part in the exhibition. It is supported by the Moscow Metro, the Russian Ministry of Industry and Trade, Russian Railways, the Russian University of Transport and a number of other reputable organisations.