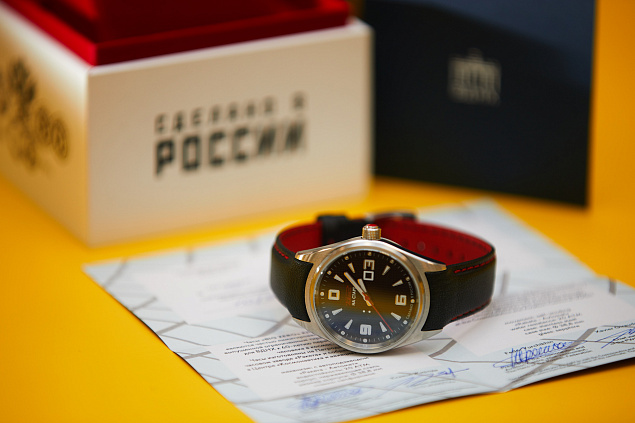 At VDNH Exhibition, 2021 is going to be the year of space travel milestones: the 60th anniversary of Yury Gagarin's space flight and the 50th anniversary of the launch of Salyut, the world's first manned orbital craft. VDNH has released a unique watch together with the Petrodvorets Watch Factory Raketa as part of the Year of Space.

VDNH ordered the limited edition of 20 copies for the 60th anniversary of the first manned flight into space. The self-winding mechanism sector depicts the dome of the Cosmonautics and Aviation Centre.

The presentation of the 'space watch collection' was held at the Cosmonautics and Aviation Centre. The workshop and open meeting were held by the Raketa factory engineer and watchmaker Xavier Girodet. He demonstrated the mechanism of the watch commissioned by VDNH.

The watch is based on the classic model Raketa Classic Big Zero, but has a different design. The dial of the limited edition watch has the time 9:03 a.m. highlighted on it. It was at 9:03 a.m. on 12 April 1961 that the command 'Ready!' became a starting point in the conquest of space and forever changed the history of our world.

The dial of this Rocket watch traditionally shows 0 instead of 12. This is how Soviet watchmakers marked the beginning of a new era in the exploration of outer space by humankind. It later became a symbol of the brand.

Raketa is the only watch factory in Russia and one of the few in the world that makes its watch mechanisms on its own from start to finish. Proprietary mechanisms and unique design have won the Russian brand Raketa worldwide recognition.