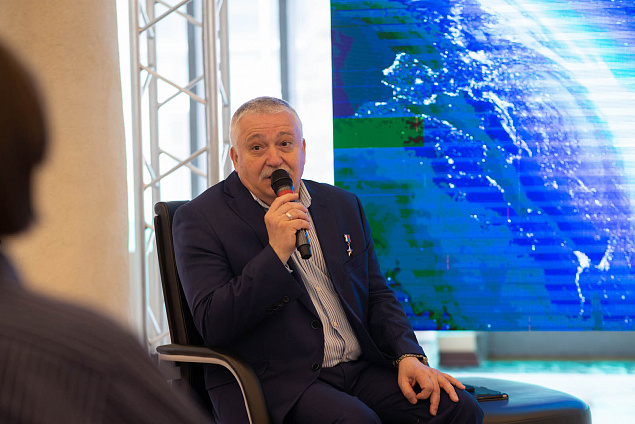 Into Space with a Smile lesson at VDNH

It's 90 years on 25 May since the birth of the legendary cosmonaut, two-time Hero of the Soviet Union Georgy Grechko.The Cosmonautics and Aviation Centre at VDNH will be staging a Space Lesson and plans to invite the cosmonaut, two-time Hero of the Soviet Union Vladimir Djanibekov, who flew with Grechko on space missions, to attend as a guest of honour. Attendance is free by prior registration.

Dedicated to the 90th jubilee of cosmonaut Georgy Grechko, the Space Lesson titled Into Space with a Smile will take place at 1 p.m. on the premises of the Roboschool centre for youth creative innovation. As with similar events before, the talk will be hosted by cosmonaut and Hero of Russia Fyodor Yurchikhin, President of the Cosmonautics and Aviation Centre. The project Space Lessons is his brainchild. Cosmonaut, two-time Hero of the Soviet Union Vladimir Djanibekov will be attending as a guest of honour.

Djanibekov will give a talk and, among other matters, will give an account of his collaboration with Georgy Grechko at the Soviet space station Salut-6 in 1978. This was the first time that two manned spaceships docked with the space station simultaneously, and the four cosmonauts embarked on a series of science and technology experiments together for five days.

Those attending the lesson will have a chance to ask questions, contribute to the talk and have their photo taken with Yurchikhin and Djanibekov.

Attendance at the Space Lesson is free by prior registration. Those unable to attend the meeting in person are welcome to the live stream in the VDNH Odnoklassniki community. Viewers can ask questions in the comments to the video. Vladimir Djanibekov will answer the more interesting questions on-stream. No more than 50 people aged 12 or older can physically attend the Space Lesson.

Georgy Grechko was born to the family of a public servant in Leningrad on 25 May 1921. He completed his secondary schooling in 1949 and enrolled in the Leningrad Military Engineering Institute, where he graduated with high honours in 1955. In 1958, Grechko joined OKB-1, now the Sergei Korolev Rocket and Space Corporation Energiya.

Georgy Grechko was enlisted for the cosmonaut team on 27 May 1968. He flew three space missions: 11 January to 9 February 1975, 10 December 1977 to 16 March 1978 and 17–26 September 1985. Grechko was also a candidate master of sports in car racing, sat on the praesidium of the Auto Sports Federation of the USSR, held 1st Class in sky jumping (64 jumps), 2nd Classes in glider flying and target shooting and 3rd Class in aeroplane piloting. He was president of the Downhill Skiing Federation of the USSR. Grechko even tried his hand at TV anchoring.

His life intersected with VDNH. Georgy Grechko lived in house number 3 on Khovanskaya Street for years, which is practically next door to VDNH. There is a memorial plaque in honour of the cosmonaut on that house.

All VDNH events are compliant with anti-coronavirus regulations. Visitors to VDNH museums and exhibition spaces are expected to wear face masks and gloves, and observe social distancing. You can find more information on anti-coronavirus measures at VDNH here.