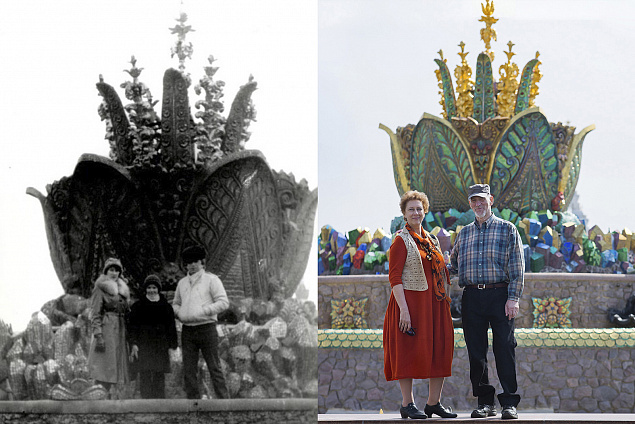 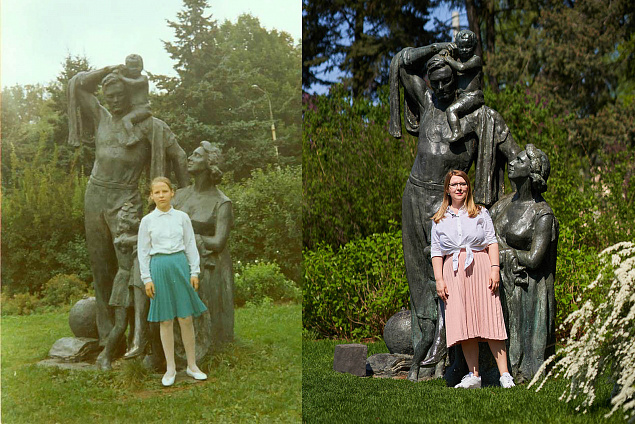 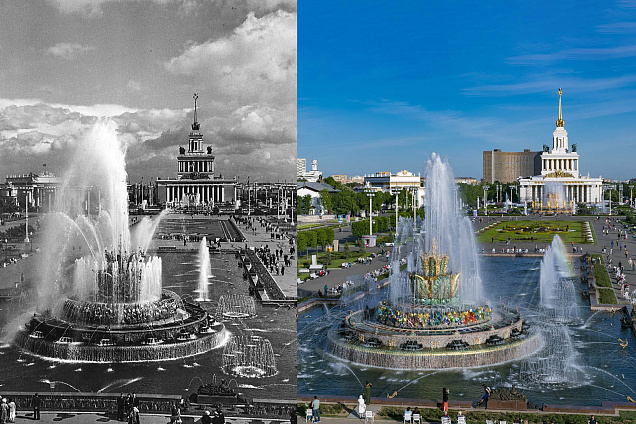 The Link of Generations: new social project from VDNH on the history of family photos

VDNH is launching a new social project, Link of Generations, about historical family photos taken at the country's main exhibition venue. The project's first video was released on VDNH's website and social media on 4 June 2021. One person shares personal photos and impressions about her visits to the exhibition over many years.

'VDNH is the living history of several generations. Millions of people have fond memories of the Exhibition as well as funny stories involving themselves and their relatives, friends and colleagues. Over the years, so many people have visited our pavilions and exhibitions, taken in the fountains, gone on walks with their grandchildren and gone on dates. One of the goals we've set ourselves today is to make sure the tradition of visiting the exhibition continues', noted VDNH General Director Sergey Shogurov.

In mid-March, VDNH announced on social media that it was accepting project submissions. Anyone could share personal photos from VDNH, from those made a few years to decades ago, along with the memories those photos carry. The subjects of the most bright and interesting stories were invited to recreate those photos at the same spot years later. In addition, the Exhibition will publish photos (both archival and modern) as well as the impressions forming the basis of the videos on the official website each Friday.

With the help of archival and modern photographs, along with stories related to VDNH, the project brings together generations of families and shows how people's lives, along with their impressions of the Exhibition, have changed over the years.

Elena Mayanz is going to share her first story. She took part in the filming of the first Link of Generations video which was published on social media and on the Exhibition website. Today, Elena is an active participant of the Moscow Longevity project and was named the 2020 Super Grandmother of the Northern Administrative District. She discusses how she and her schoolmates went for a walk at VDNH on the eve of her birthday in the early 1980s. She also recalls buying her favourite ice cream for 28 kopeks, which they then enjoyed on a bench by the Friendship of Peoples Fountain. It's been forty years since then, and Elena still enjoys going for walks around the exhibition, only now it's usually with her children and grandson.

Apollinaria Strogalova is another project participant. As a child, she and her dad would often visit the exhibition on public transport and go for walks there. Apollinaria recalls how much she enjoyed looking at the gems in the Geology pavilion and shares photos taken with a film camera in the mid-1990s, back when she was about 10 years old. You can check out her story in the summer issue of At VDNH magazine. The video featuring her story will be released on both social media and on the Exhibition's website on 11 June.

The Link of Generations project is a good excuse to riffle through your family album. Many will surely find photos from childhood or later. Photos taken in front of the famous fountains or rollerskating at the exhibition or—indeed early colour photos—can bring back very fond memories.

You can submit photos for participation in the project by email at smm@vdnh.ru. Memorable stories from dads and mums, grandmothers and grandfathers, unforgettable events and, naturally, archival and restored photos from VDNH will remain not only in family photo albums but in the history of the country's main exhibition.