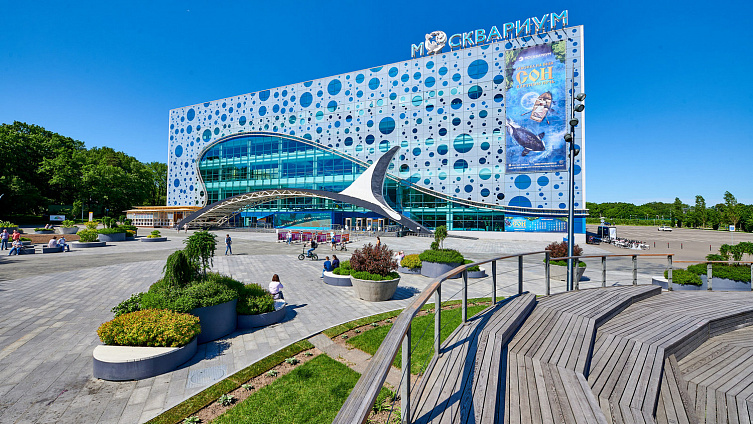 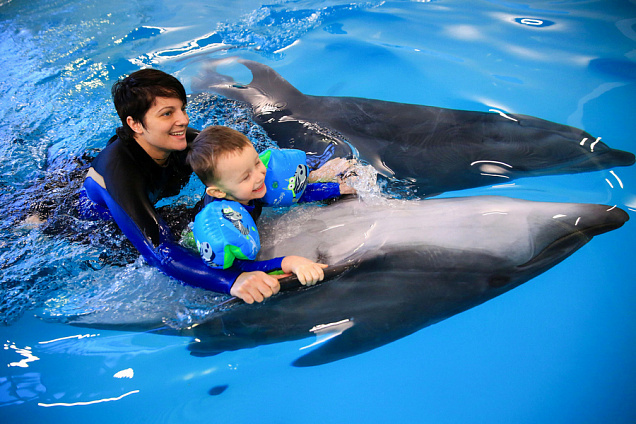 Moscow residents have selected topics and formats for the educational programmes offered at VDNH's Moskvarium, one of the exhibition centre's most popular destinations. It's been suggested that the lecture series include classes on dolphin therapy, while educational events should mirror the format of popular scientific shows. The vote, which launched on 28 April on the Active Citizen project website, included more than 175,000 participants.

The greatest share of active citizens suggested that Moskvarium's educational programme include lectures on dolphin therapy so visitors can learn more about rehabilitation and behaviour modification through interaction with dolphins— this received 16.38% of votes. This service is currently being offered at the Swimming with Dolphins Centre for special needs children, aged 3 to 18.

Moscow residents also expressed interest in the environment (13.19%), aquaristics (13.15%), biology (10.83%), diving (10.42%), veterinary medicine (9.90%), ichthyology (6.51%) and animal training (5.17%). In addition, almost 1,500 people came up with their own unique proposals, including suggestions that the aquarium schedule include ichthyotherapy, lectures on underwater evolution and classes on caring for animals.

Muscovites also chose which entertainment and educational formats should be developed first and foremost. The greatest share (21.53%) voted for the popular science show format. People also responded positively to the idea of educational lectures and classes (18.47%). This is followed by entertaining quests (15.43%) and interactive exhibitions (14.12%), and creative workshops (11.21%). Thematic festivals received 9.80% of votes, while career-oriented events got 9.11%. More than 1,000 people came up with their own proposals, such as open classes on the environment for schoolchildren or courses on how to protect the ocean from pollution.

Most people would like to see explorers present the entertainment and educational programmes. This option was chosen by 33.59% of the respondents, while 32.81% voted for scientists and researchers as presenters. Trailing the two leaders by a large margin were theatre and film actors, which only received 8.12%. Still behind that were TV and radio hosts (7.87%), bloggers (6.04%), famous athletes (5.82%) and musicians/performers (5.12%). More than 2,000 active residents also came up with their own proposals in the survey. Biology teachers, environmentalists, representatives of marine professions and volunteer animal handlers were among the suggestions for Moskvarium show presenters.

Moskvarium staff plan to take the voting results into consideration when developing new educational programme and holding events. In early August, explorers and researchers will host a festival to mark Moskvarium's 6th anniversary. The lectorium's programme will expand from fall 2021 to include classes on dolphin therapy, environmentalism and aquarium studies. Moreover, new entertainment and educational quests will be developed for the oceanarium exposition, along with thematic classes with elements of science shows. Moskvarium's event calendar for 2021 includes a new Sea Festival devoted to marine occupations.

The Moskvarium Centre of Oceanography and Marine Biology at VDNH is one of the largest oceanariums in Europe. It opened at VDNH more than five years ago. It is divided into three areas: an Aquarium exposition, an auditorium for water shows and a centre for swimming with dolphins.

Active Citizen is a project launched in 2014 for online voting on urban development initiatives. Participants help decide which streets, yards and parks need to be renovated; how city hospitals, libraries and multi-purpose centres should run; and help select events for festivals and public holidays.