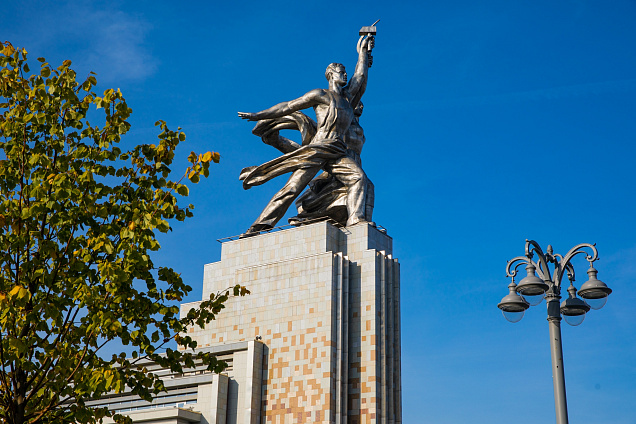 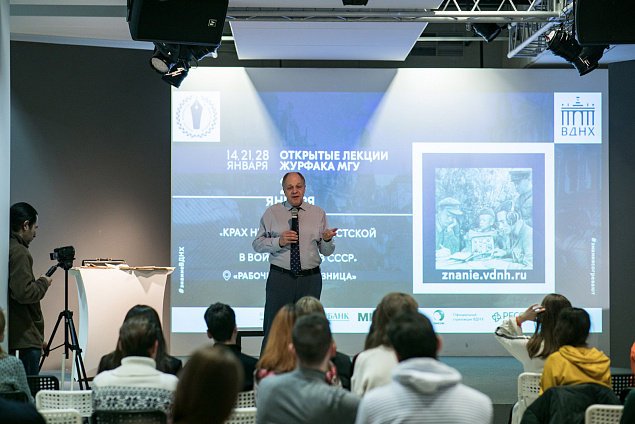 Literature and art: two new courses of the Knowledge.VDNH project

In July, the Knowledge.VDNH project invites you to take part in two new courses. Literary Wednesdays will continue with its joint educational programme between the Moscow State University School of Journalism and VDNH. Attendees of the public lectures will learn about classic writers of both Russia and abroad, their creative pursuits and their role in developing a global culture. The second course is called Heroic Realism as a Foundation for Global Art, and will be devoted to Soviet-era realist artists of the 1920s and 1930s. Attendance is free, but advanced registration is required.

Literary Wednesdays course begins on 7 July in the Worker and Kolkhoz Woman Pavilion. Lecturers from the School of Journalism, recognised experts of the national and foreign prose, will discuss little-known facts from the biographies of classical writers, along with their creative pursuits and approaches. The course will analyse their most famous literary works and answer audience questions.

The first lecture will be on the literary geography of Aleksandr Ostrovsky's plays. Olga Kuptsova, the candidate of Philological Science and the senior lecturer of the Moscow State University's School of Journalism, will discuss literary geography and geopoetics; the map of Moscow in the plays of Ostrovsky; why the writer created a mythical principal province town of Bryakhimov and the district town of Kalinov, placing them both along the banks of the Volga River; and whether his geographical vision can be considered as close to reality. The lecture starts at 7:00 p.m. Register in advance here.

Lectures on Heroic Realism as a Foundation for the Global Art will be presented by Valentina Gorlova, art expert, graduate of the Russian Art Academy and the Chairman of the Supervisory Board of the Grisaille Graphic Arts Fund. In the early 20th century, following a quick dive into the abstraction, Russian arts by 1920s reverted back to the realism. Artists proclaimed that it was the civic duty of every master to 'artistically document and imprint the greatest historical moments of revolutionary impulse'. The audience will discover more about prominent representations of mythologised Soviet history at the time.

On 11 July at 12:00 p.m., you are invited to attend a lecture about the life and works of two legendary artists. The first part, About Yesterday's Heroes, will discuss Sergey Malutin, a famous portrait artist, author of genre paintings, book illustrator and creator of theatrical scenery. The second part—The Vision of a Soviet Beauty—will focus on Grigory Ryazhsky, a student of Kazimir Malevich who was a recognised Soviet classic artist during his lifetime. He travelled a difficult path of his creative pursuits, and in 1920s became an artist of the new trend of socialist realism. In his paintings, Ryazhsky created an entire era. His work introduced a completely new vision of the female social activist into the history of Soviet art. Sign up by following this link.

Anti-coronavirus measures continue to apply at VDNH. Occupancy at all venues of project Knowledge.VDNH is restricted to 50% of capacity. Visitors are required to wear face masks and gloves and maintain social distancing.