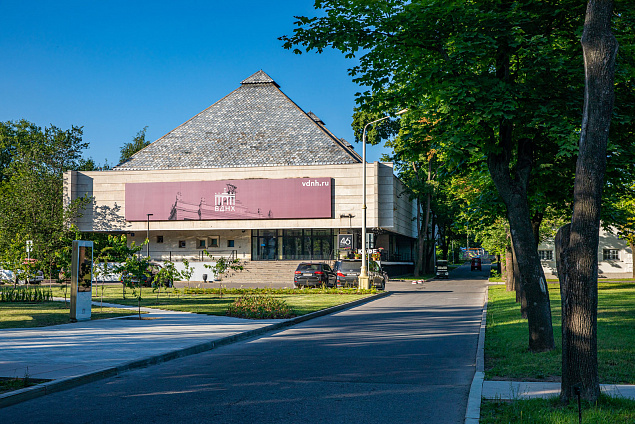 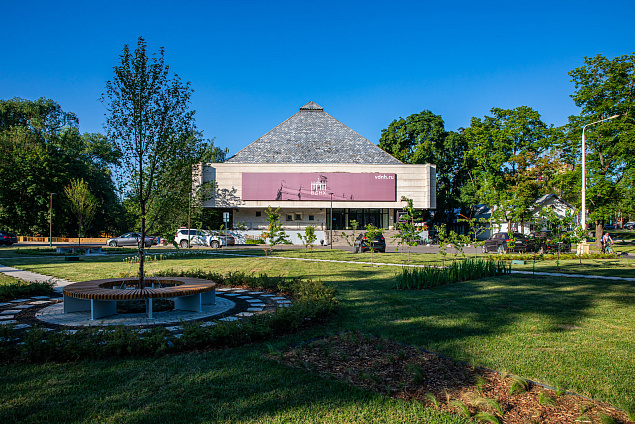 VDNH will get another cultural and recreational facility

Russia's main exhibition is inviting investors for a long-term lease of one of the biggest and most architecturally unconventional buildings at VDNH: Pavilion No 46. Easy transport accessibility will allow for the establishment of a museum, educational or creative cluster in the pavilion.

The two-story building with an area of some 4,500 square metres takes the form of a rectangular structure faced with light-coloured stone. Its distinctive feature is its unique roof, a row of three pyramids nearly as high as the pavilion itself.

The investor is expected to make major repairs to the building, including renovation of the facades, and subsequently adapt it to modern use, turning the pavilion into a new popular museum venue or educational cluster at VDNH. The layout of the building allows for its construction solutions to be amended in order to increase the general-purpose space for an exhibition hall or a museum. Planned investment volume: RUB 245,000,000 (RUB 55,000 for 1 square metre) without outfitting costs.

The pavilion is located in the northwestern section of the exhibition and has an excellent transport infrastructure. Conveniently located between VDNH's Likhoborsky and Sovkhozny entrances as well as close to the Ring Road, the building is easily accessible both to motorists and visitors using public transport. A hundred metres from the building, there is a stop for municipal fixed-route taxi No 533 and the free VDNH ring electric bus. There are parking lots nearby for bicycles, scooters and other forms of transportation.

The building was constructed in the Soviet Modernism style and dates back to the middle of the 20th century (1966–1967). It was originally called Economics and Organization of the AIC (Agro-Industrial Complex). The first exposition it hosted was dedicated to the current state and development prospects of Agriculture in the USSR. In the '90s, the exposition was dismantled and the building was used for trading purposes. From 2014 to 2020, it housed the administrative offices of major Russian and western companies. A the moment, the right side of the pavilion hosts cafe Tsekh 46.

Being a popular multifunctional venue in Moscow, VDNH continues implementing new public projects on its grounds. Venues, once forgotten by the visitors and used as warehouses and outlets even a decade ago, are now taking on a whole new meaning and are becoming part of a well-thought-out infrastructure.

VDNH offers a flexible grace period system to future tenants. It is also possible to sign an agreement on individual terms. For more details, please call +7 (495) 974 35 35, ext.13-61, or write to rent@vdnh.ru.