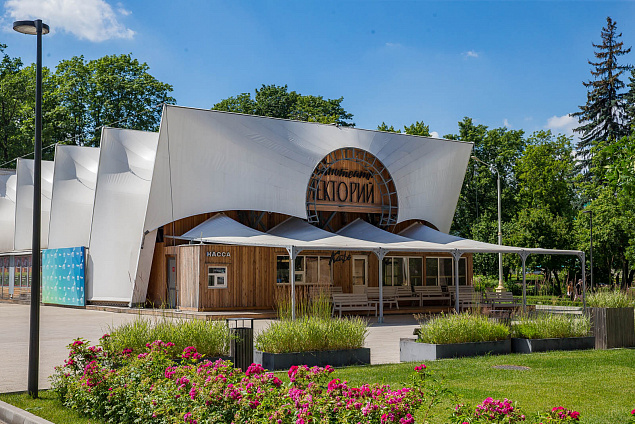 VDNH's Summer Cinema, which doubles as a lecture space, starts film screenings on 20 August. Films will be shown at 6 p.m. and 9 p.m. on Fridays, Saturdays and Sundays through 26 September. There are animated cartoon classics from Soyuzmultfilm archives, as well as Russian and foreign films in store for the audience. Admission to all screenings is free by registration.

From 20 August through 26 September, VDNH's Summer Cinema and Lectorium becomes a movie theatre for Okko multimedia service with free movies for everyone at 6 p.m. and 9 p.m. every Friday, Saturday and Sunday. The two-week play plan can be found on the website. Admission to the cinema is strictly by prior registration.

Along with Soyuzmultfilm animated cartoons, visitors will be offered such Russian and foreign films as John Wick 3, Green Book, Knives Out, Another Round, Streltsov, Warriors of Justice as well as The Silver Skates, to name only a few. The films slated for screening represent a variety of genres, running the gamut from action to romantic fantasy, so every visitor gets to pick a film to their liking.

The al fresco cinema/lectorium at VDNH opens exclusively during the warm season. Cushions and blankets are available for a more comfortable viewing experience. The cinema has a tent roof to protect the audience in the event of rain. The cinema has seating for 288 on the steps of its amphitheatre style auditorium. Due to the ongoing anti-coronavirus restrictions, viewers are asked to sit farther apart from one another to comply with the social distancing prescriptions, and room occupancy is restricted to 50% of capacity.