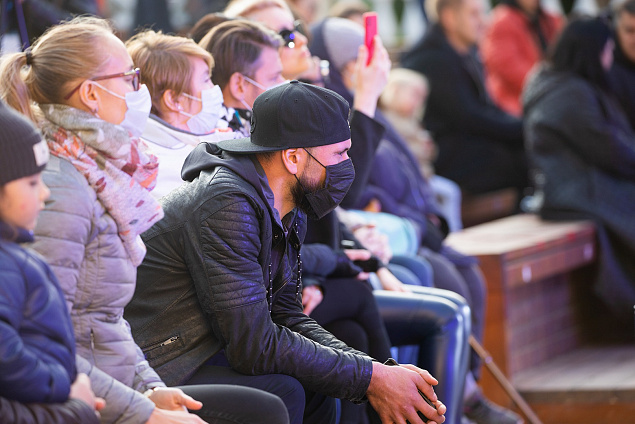 VDNH gears up for the onslaught of the rock pageant Russian Woodstock. Peace. Love. Music. on 4 and 5 September. The Green Theatre and House of Culture prepare to welcome Russian and international big-name rock acts and up-and-coming young performers. In addition, festival attendees are in line for illuminating tours on British rock history and a master class in vocals.

Russian Woodstock covers most or all rock genres: hard, prog, classic, sympho and about a dozen others. Each festival day is divided into three standalone sets.

Playing the Green Theatre in the morning and afternoon of 4 September will be the bands Attraktsion Voronova, The Rocks Brothers, The Fathers, The CrossroadZ, Alex Carlin Band, Two Siberians and several others. Woodstock Tribute, a custom project, will start at 8 p.m. and fill the entire night set. Woodstock Tribute features covers of the songs from the 1969 U.S. debut of the Woodstock festival, performed by Russian musicians. The featured artists include Larisa Dolina, Alexei Glyzin, Oleg Izotov, Mariam Fattakhova and Russian Woodstock creator Igor Sandler.

Close to a dozen acts will play in succession at the Green Theatre on 5 September. Michael Night will kick-start the morning set at 12 noon. Michael Night is an American rock band playing a blend of Finn rock and heavy metal with strong nu-metal and metalcore influences. The headliners and the last to perform that night are California-born vocalist Karmen Moxie and the Second Frenzy blues band.

There will be a second stage at the VDNH House of Culture on 4 and 5 September. For a full second stage play schedule, visit the Russian Woodstock website.

The festival will include the conferral of Russian Woodstock music awards. This time, the prize goes to the exact replicas of Jimi Hendrix's one-of-a-kind guitars, crafted in amber and gold and presented in cut-glass cases.

In a special surprise gift for the audience, a 1964 double-decker bus, shipped from London purposely for the festival, will be on show. The festival's organisers believe the double-decker will inspire people to think back to the early times of British rock music. Visitors will be offered illuminating custom tours on the history of British rock and its most salient exponents.

This is the second time that the Russian Woodstock festival comes to VDNH. Last year, the festival donated over 3,000 tickets to doctors as a token of gratitude for their selfless effort in battling the pandemic.