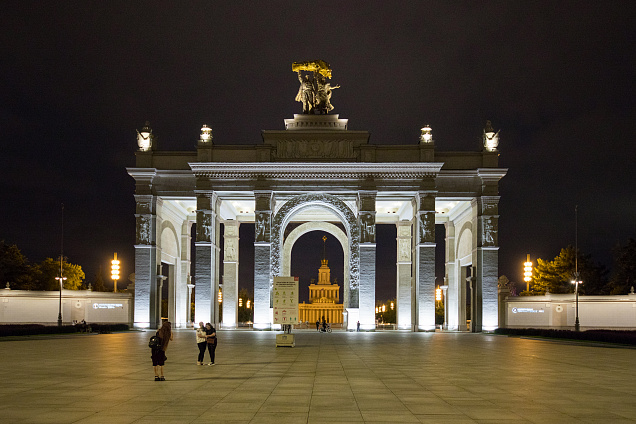 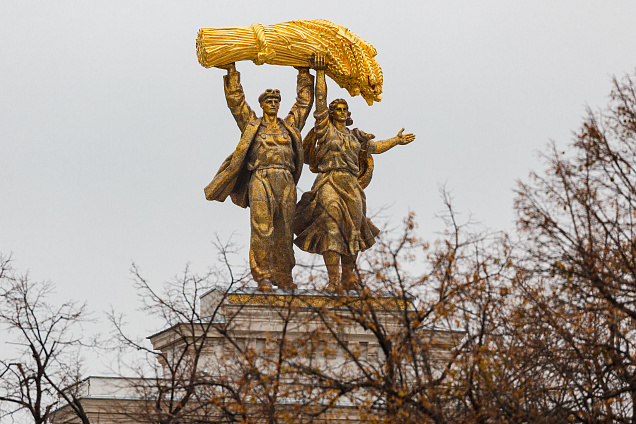 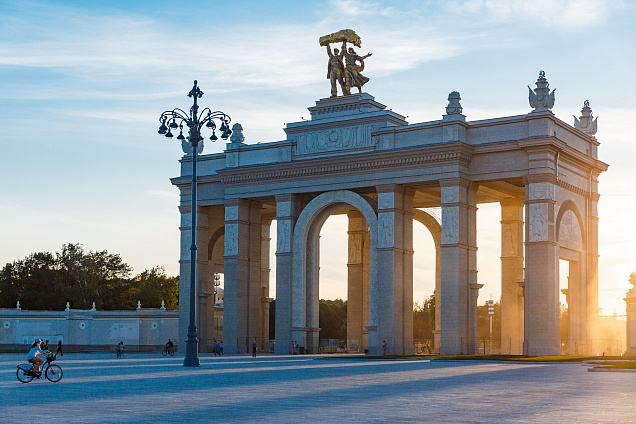 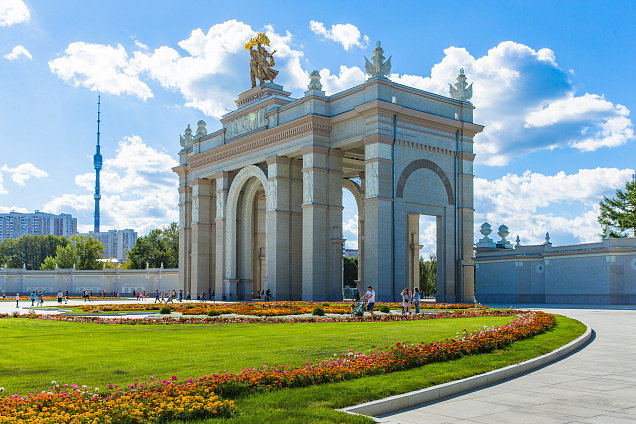 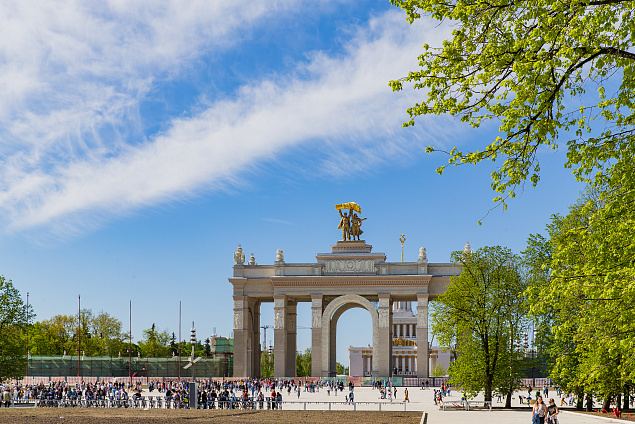 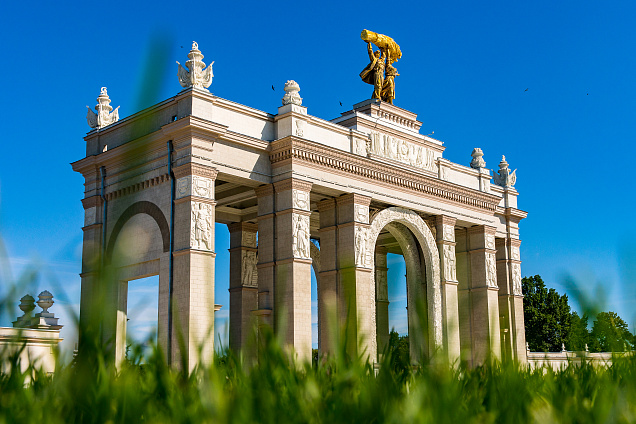 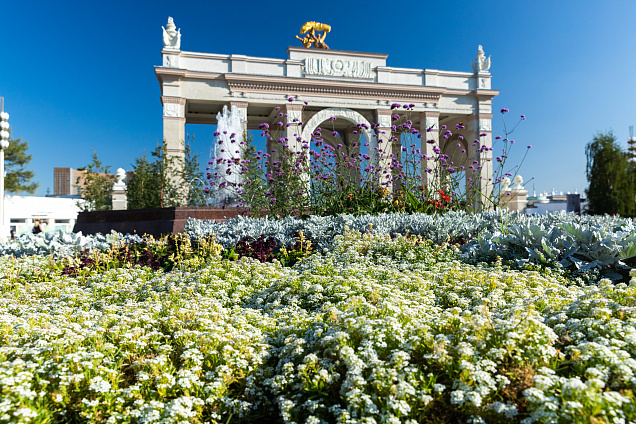 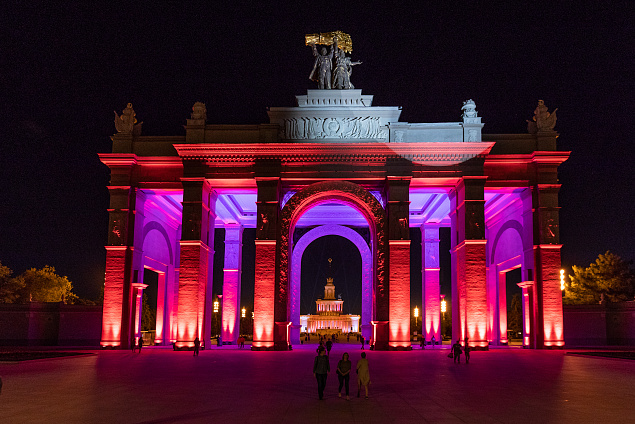 When most people hear the name "VDNH", the first thing they think of is the Main Entrance arch that leads to the Central Alley.

Atop the arch, stands the Tractor Driver and Kolkhoz Woman, holding a sheaf of wheat representing heavy industry and agriculture, at a height of 32 metres.

The arch was built for the grand opening of the national agricultural exhibition in 1954. It was designed by architect Innokenty Melchakov, who had taken part in the design of the Soviet pavilion at the World's Fair in New York in 1939.

The Tractor Driver and Kolkhoz Woman sculpture, now a landmark of the exhibition, was designed by a creative team comprising A. Antropov, S. Rabinovich, I. Slonim, N. Shtamm under the management of S. Orlov.

The site has been renovated. Open to the public.

The ancient-Roman-style arch symbolises the glory of the Soviet people in winning the Great Patriotic War (WWII), highlighting the status of the triumphant state and the corresponding scale of the All-Union Agricultural Exhibition that opened in 1954.

The arch is topped off by the main symbol of the exhibition: the Tractor Driver and Kolkhoz Woman sculpture. On 28 July 1951, the chief committee of the Exhibition decided to use the pre-war Worker and Kolkhoz Woman sculpture as the basis for the new one. The older version stood on top of the 65-metre Constitution tower next to the main pavilion of the 1939 All-Union Agricultural Exhibition. The post-war symbol of the exhibition was plated in golden smalt, giving it a bright glint in the sunlight.