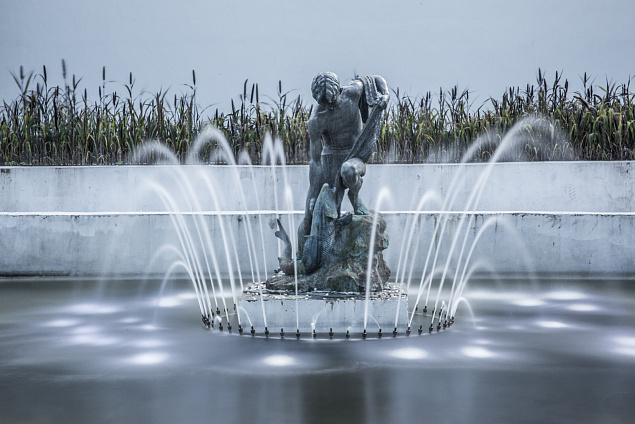 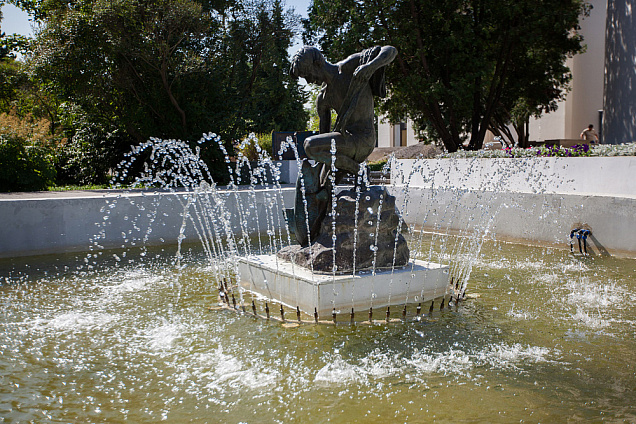 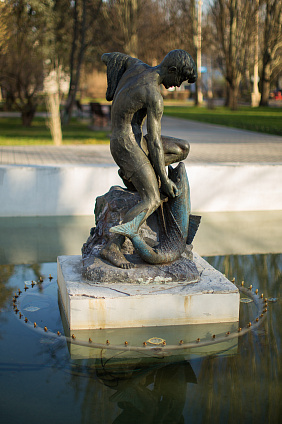 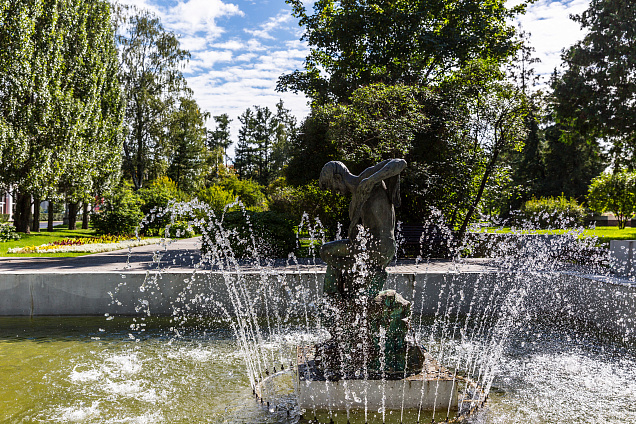 The Boy with a Fish fountain

This small pool-fountain with a sculpture by Boris Son has two names: Fisherman and the Boy with a Fish.

This 1954 sculpture is a complete replica of the 1949 original, which was built in Saint Petersburg's Victory Park.

The fountain is found behind Pavilion No. 64.

The sculpture was added during the renovation of the Pavilion, Leningrad and North West of the Russian Soviet Federative Socialist Republic.

The author of the pavilion is E.A. Levinson. In addition, architect I. Z. Vilner took part in the renovation.

Evgeny Levinson (1894–1968) was a brilliant neo-classicist architect who expanded upon the traditions of Russian architecture and was adept at seamlessly combing architectural innovations with architectural tradition. This clearly manifested in the renovated swimming pool, whose architectural decoration was thought through to the tiniest detail. So as not to disturb the classical harmony of the façade of the pavilion and the adjacent garden, the architect chose not to go with a big lush fountain. Instead, he put the boy sculpture on a relatively low pedestal, thus making it look as if the boy with his net is sitting on the water.

This sculpture looks like a response to the legendary Girl with a Broken Jug in Tsarskoselsky Park.