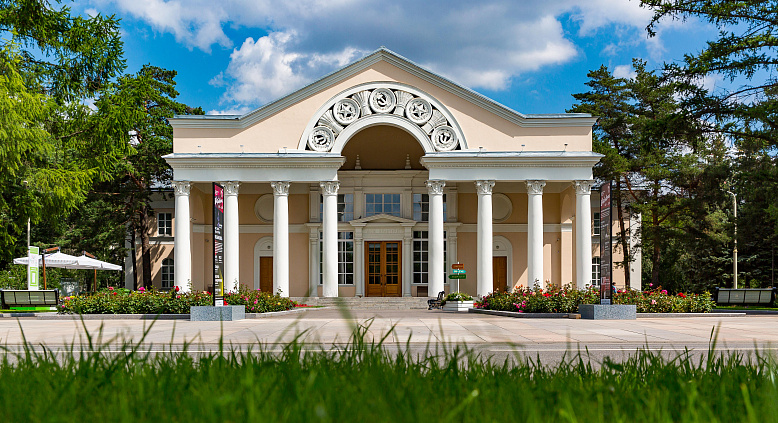 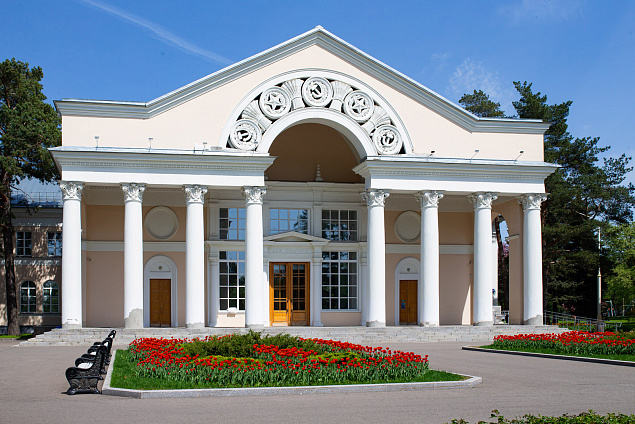 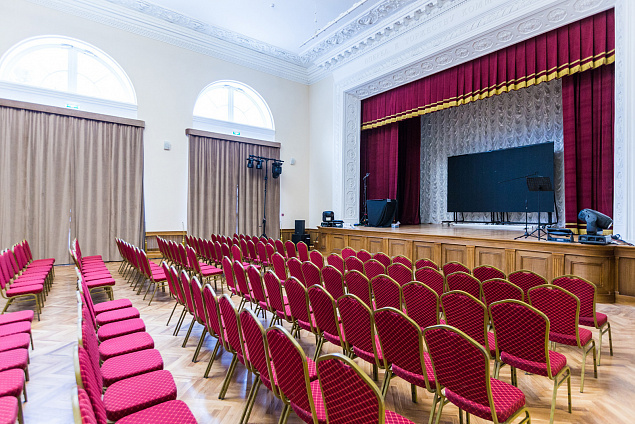 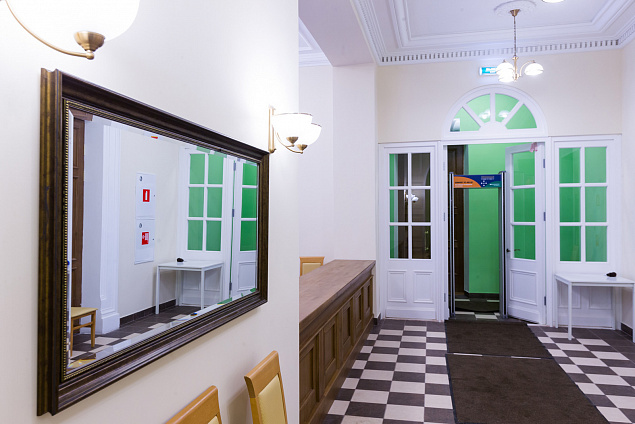 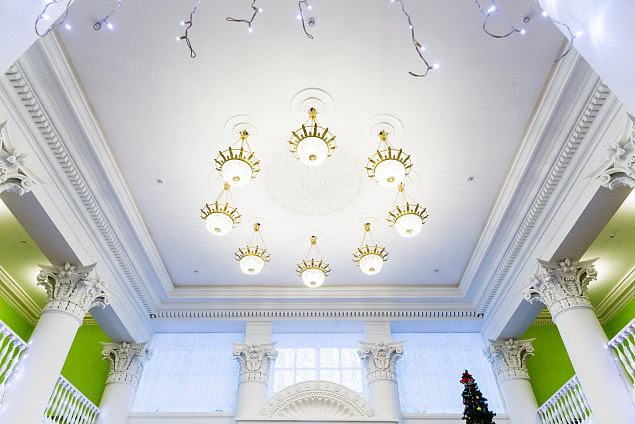 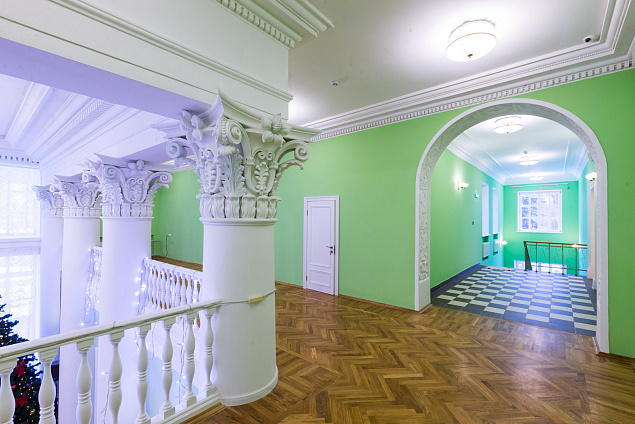 Tomorrow from 09:00
Route On map
Description
History
About place

An institution with more than six decades of history behind it, the VDNH House of Culture has retained its interior decor intact and its core mission unchanged. It is today one of the chief leisure management service providers on VDNH grounds.

As part of the postwar rejuvenation vision for the Exhibition, a model kolkhoz square was appointed close to the northern gate. The House of Culture, a paragon of 1940s and 1950s Soviet architecture, became the centrepiece of the square. Boasting an eloquent portico reminiscent of Andrea Palladio's Italian villas, the House of Culture soon staked out its claim as VSKhV's cultural centre of gravity and one of its prime expo venues.

Before 1959: Kolkhoz House of Culture.