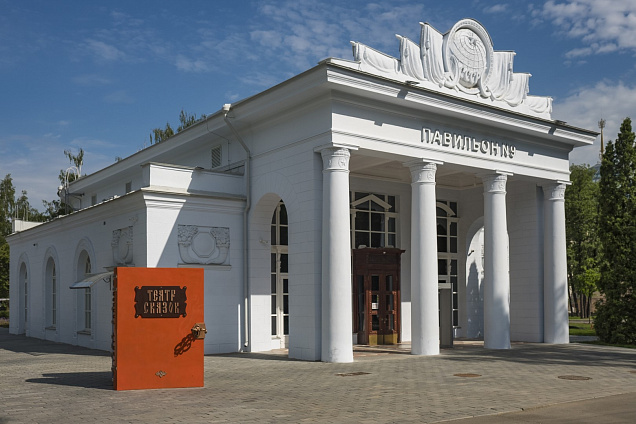 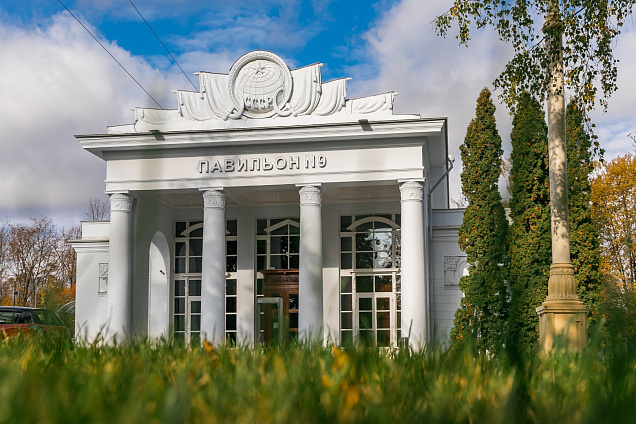 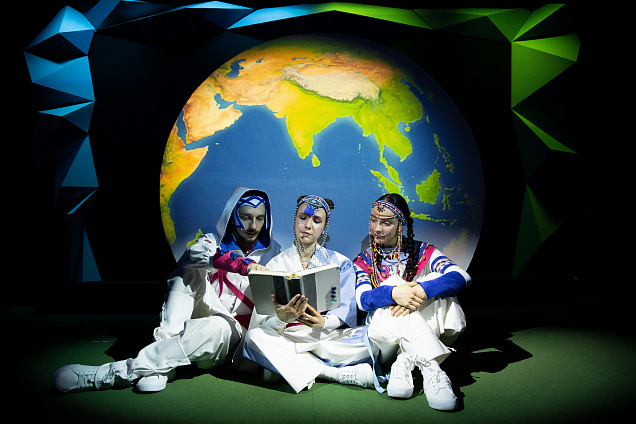 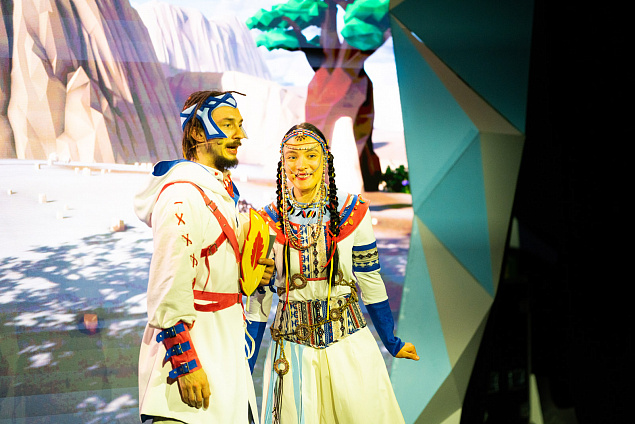 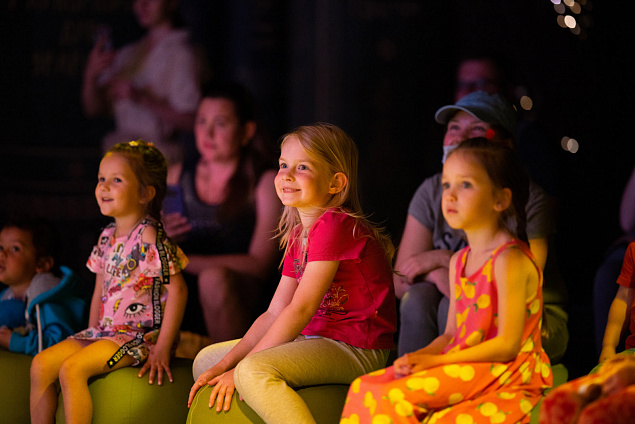 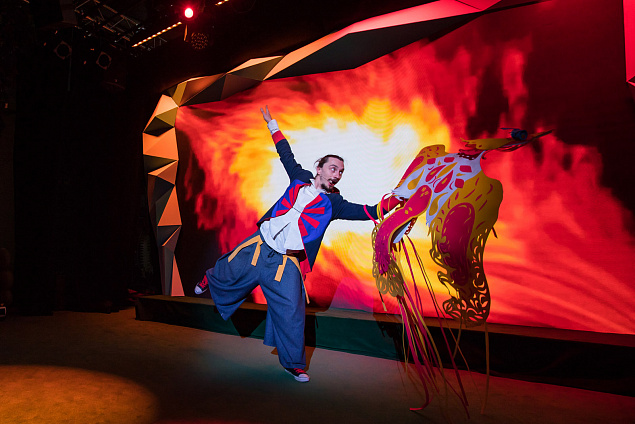 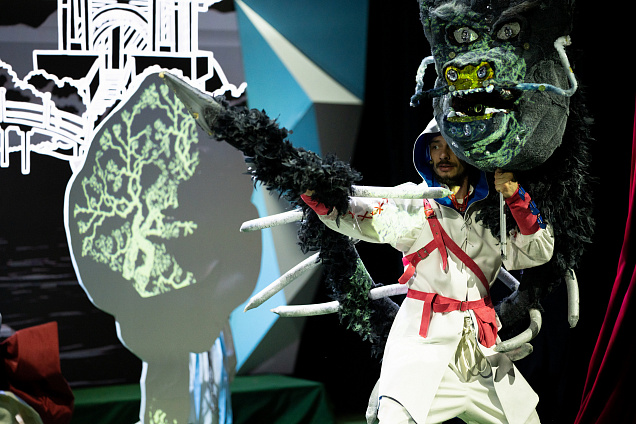 Tomorrow from 12:00
Route On map
Description
History
About place

The Fairy Tale Theatre presents a sequel to the kids' favourite adventure show based on Russian folk tales. Fairy Tale Number One. Revisited invites viewers to revisit the past journeys and has many more exciting adventures in store.

It has been a while since the young adventure seekers last saw their good friends Zmey Drakonych, Ivan Tsarevich, Leshy, Koshchey and other fabled creatures. This time they will be travelling to three fabulous worlds together: to the sky for a Firebird feather, to the mystery forest for a fern flower and to the undersea cave for a gemstone.

The Fairy Tale Theatre is a magic territory where stage artwork blends seamlessly with 3D graphics and motion capture (technology for cartoon character and object animation and special effects in film) to make each interactive performance unique.

Welcoming spectators at the door are art objects in the form of giant books. You immerse further into the atmosphere of a fairy tale as you step into the lobby, which is appointed as a forest's edge with a 'wishing' oak. A three-headed animatronic dragon lives in the oak's crown. There are some talking mushrooms nearby: when you touch a 90-centimetre fly agaric, it will tell you all the latest fabulous news and share some folk wisdom.

What with the interactive objects, vibrant props and an auditorium styled after a forest glade with grassy knoll pouffes for children and tree trunk couches for their parents, it is really easy for the audience to get into the groove of the multimedia show where they themselves may actually emerge as the main characters of a fairy tale. The chamber auditorium with only 70 seats, including the seats for people with disabilities, makes sure every guest gets plenty of personal attention.

The sensation of being inside a fairy tale is further deepened by the actors, the puppets and the impressive technical facilities in the auditorium: a 6m LED screen, six supplemental portrait screens where characters 'come alive', more than 40 stage devices and an 8.5kw sound system.

Schedule
Th, Fr
14:00 — 17:00
Sa, Su
12:00 — 17:00
Facilities
Payment by card
WC
Tickets price
Standard tickets:
RUB 600
When you pay with a MIR card:
20% off
The discount applies when you use your MIR card to pay for your ticket. The discount does not apply where the price is already reduced and does not combine with other discounts.
Discount tickets:
RUB 480
- families recognised under regional law as families with multiple children; - federal retirees; - people with class 3 disability across all degrees and subgroups; - one person escorting a visitor with disability.
Free tickets:
- children left without parental care; - people with 1st or 2nd class disabilities; - children with disabilities; - veterans of the Great Patriotic War; - veterans of armed conflicts; - Chernobyl Nuclear Power Plant rescue workers; - children up to the age of 12 on their day of birth; - children up to the age of 3 when no seat is requested and as long as at least one adult escort ticket is purchased.
Loyalty programme
Sign up for our Friends of VDNH loyalty programme and purchase museum tickets for less.
Group rate:
RUB 450
The group rate applies where a group of at least 15 people visits one show during the pavilion's regular business hours. Issued at the pavilion's ticket office by prior request or letter served on the VDNH administration.
Contacts
E-mail
teatrskazok@vdnh.ru
Address
119 Mira Avenue, Pavilion No. 9
Website
theatre.vdnh.ru

At VSKhV in 1939, a wooden pavilion named Peat, designed by A.M. Pokorny, stood on the site of today's Junior Engineers Pavilion. Its shape resembled a clamp of peat litter: industrial physicality of this sort was the order of the day for small buildings at VSKhV in the prewar years.

The new Peat pavilion, built in 1951, came with a strong statement in garden architecture, which went well with VSKhV's rejuvenated architectural identity. One of the alleys stretched all the way to the porch of Pavilion No. 9.

Its main façade had a four-column portico topped by a relief displaying a medallion flanked by flags. The medallion was a symbolic depiction of the globe with a five-pronged star in place of the North Pole, and a Soviet Union map with peat-rich regions marked.

The moulded décor of the column caps, portico's ceiling and lateral façades looks as elaborate as ever. The carved ornaments on the front door look just as exquisite as before. The bottom of the apse in the back of the pavilion is decorated with sculptured images of peat-making plants.

The purpose of the Peat exposition was to raise public awareness of the great value and wide application spectrum of the natural resource. On display in the exhibition hall and outdoors were marshland reclamation and peat extraction machines, peat processing technology and best practice from the best peat processing stations, presented on numerous billboards and art panels.

In 1964, all these exhibits became part of the new exposition, Land Farming, while Pavilion No. 9 welcomed the fruits of the technical creativity of Soviet youth. The Junior Engineers exposition featured models of spacecraft and industrial and agricultural machinery, cybernetic devices, electric musical instruments, computing devices and even a laser perfected by a young scientist.

The renovated Pavilion No. 9 Junior Engineers became the home of the Fairy Tale Theatre in 2018. Here, stage props and costumes work together with 3D graphics to make each show unique. What really makes each Fairy Tale Theatre performance unique in its own way is the option to modify the script by playing off of the audience.