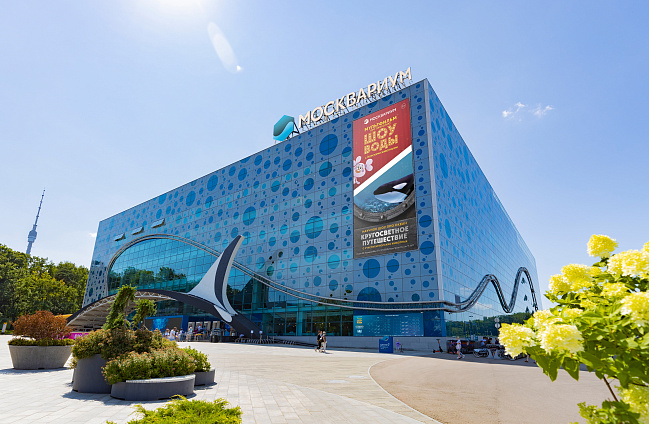 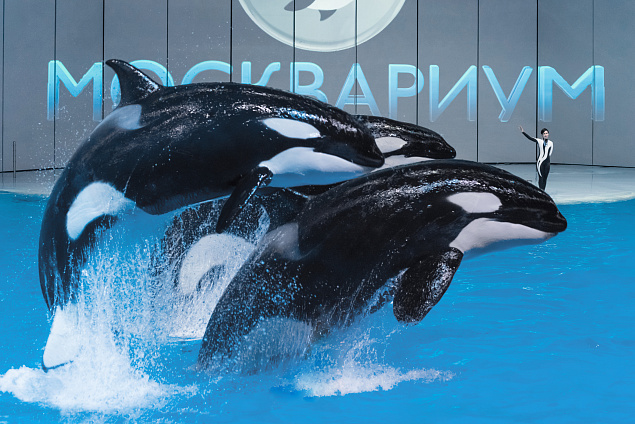 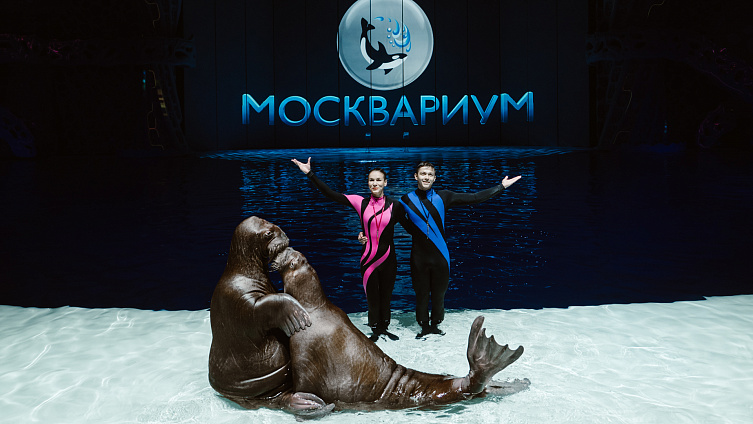 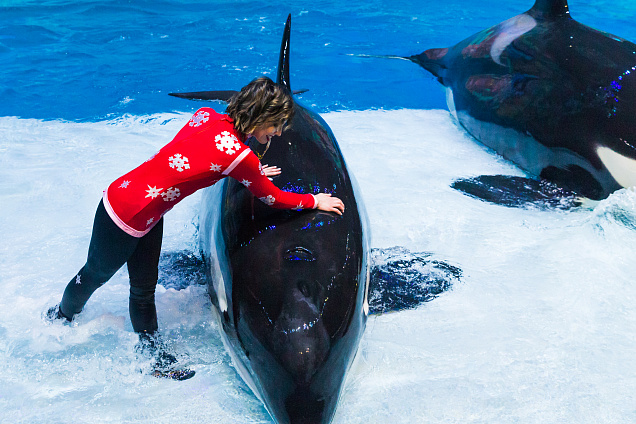 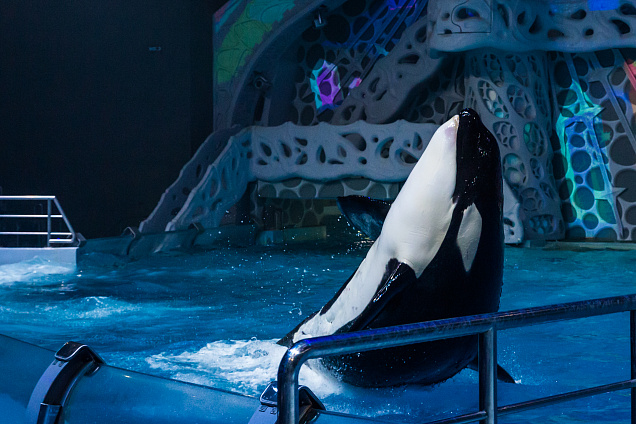 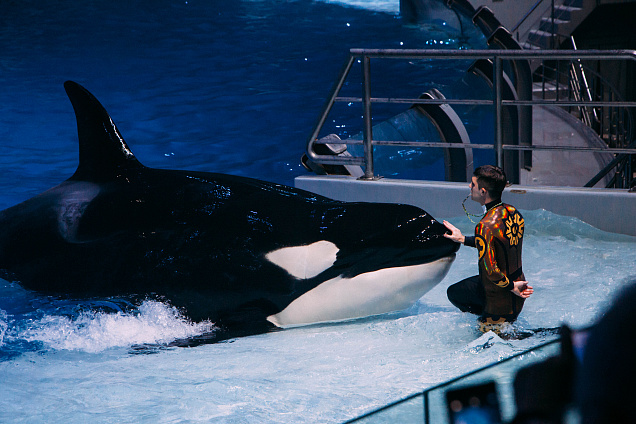 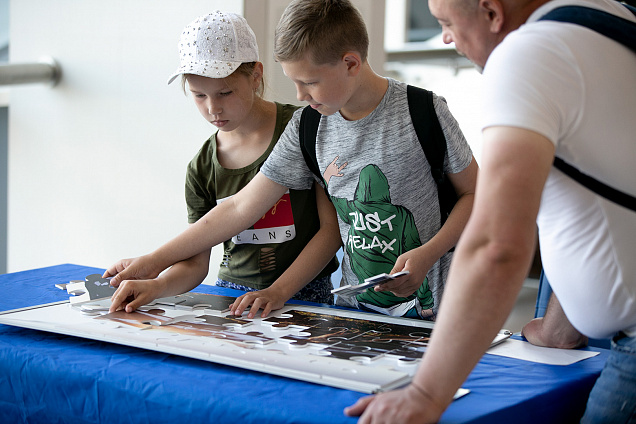 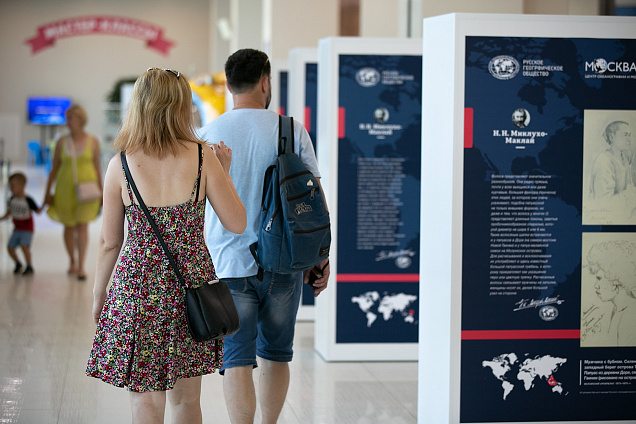 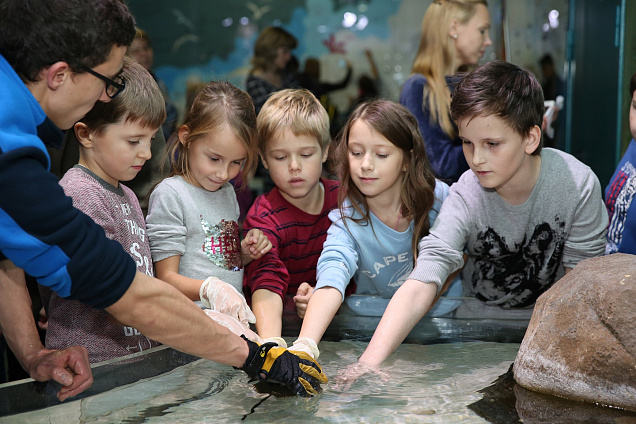 The Moskvarium is open to the public. For now, you can only buy tickets online. The Centre is open to visitors every day, including weekends, from 10:00 AM to 10:00 PM. Get your tickets here.

The Moskvarium Centre of Oceanography and Marine Biology is one of Europe's largest aquariums. You will find it at VDNH. Since its opening in 2015, the Centre has been a popular venue for family recreation and for holding events. The Moskvarium has three zones: the Aquarium, the Aquatic Show and the Swimming with Dolphins Centre.

The Aquarium zone is home to more than 12,000 representatives of marine wildlife: sharks, seals, rays, turtles, caimans, an octopus and hundreds of fish species. Some of them—like dolphins, walruses, sea lions, and the majestic orcas—even star in aquatic shows.

You can easily spend a whole day here. Children and adults alike will find it immensely fascinating to learn more about the incredible World Ocean species and discover distant seas. The Moskvarium is not just a place to spend a day off; it's also an educational facility, with exceptional opportunities for marine biodiversity research.

This Centre of Oceanography and Marine Biology, the largest such facility in the Russian capital, was opened in 2015. At the moment, this complex features three main zones.

The Aquarium exposition is housed in 80 tanks that recreate marine ecosystems from all over the planet. When you come here, you will be able to see more than 12,000 salt- and fresh-water animals, including Baikal seals, beluga sturgeon and other sturgeon species, common caimans, turtles, an octopus, different crabs and exotic fish, morays and many others.

The Aquarium is further divided into several themed segments: fresh and salt water bodies of Russia, Africa and South America; the coral reef hall; and so much more. The exposition boasts the largest collection of sturgeon species in Russia: the beluga sturgeon, the kaluga, the Russian sturgeon, the starry sturgeon and the sterlet.

The Aquarium guests are particularly interested in the following activities:

But one of the most magical adventures at the Aquarium is, without a doubt, the Mermaid's performance in a panorama tank with the world's largest fresh-water fish, arapaima gigas. The performances are scheduled for the weekends.

The visit to one of the largest aquariums in Europe will be made all the more exciting by thrilling tours and quests around the Aquarium exposition, educational classes in the lectorium, and creative workshops.

A unique space where you will meet the world's friendliest dolphins.

You will experience breath-taking emotions and get a real boost of energy by swimming in the company of these smart, mischievous and friendly mammals under the supervision of experienced coaches. You will also hear their mesmerising underwater song!

Additionally, the centre provides dolphin therapy services and operates a school for young dolphin coaches, where kids learn to interact with the animals correctly and practice different commands in the water and on solid ground.

This state-of-the-art auditorium for performances with aquatic animals has a capacity of 2300 seats. It includes an enormous pool and an ultra-modern auditorium with a stage. The space's design is mindful of safety requirements and also aims at making the shows as spectacular as possible. The immersion effect is ensured by more than 20 pieces of equipment: 10 bubble machines, 8 snow machines, 2 fog machines that create a white mist over the water and powerful wind machines.

You can take a mini bus from the VDNH metro station; metro exit is in the centre, closest to the last train car.

The history of Russia's largest aquarium goes back to 2012. That was when we first had the idea to create a multifunctional complex that would allow its guests to fully appreciate the biodiversity of marine flora and fauna.

VDNH is a place where almost every building has the status of an architectural heritage site, so it was very important to position the aquarium strategically, ensuring that it would not disrupt the overall architectural ensemble of this unique exhibition complex, while also organically complementing the beloved recreation destination of Moscow locals and guests.

This was a very bold project, unprecedented in Russia and in Europe, and its execution was facilitated by the best of the best. Top experts in architecture, engineering, design, marine biology, and other fields worked tirelessly to turn this daring concept into an astounding aquarium within just two years.


The building's design was continuously improved throughout the construction process, and the venue's creators breathed life into their boldest ideas by deploying the latest achievements in global architecture and engineering.