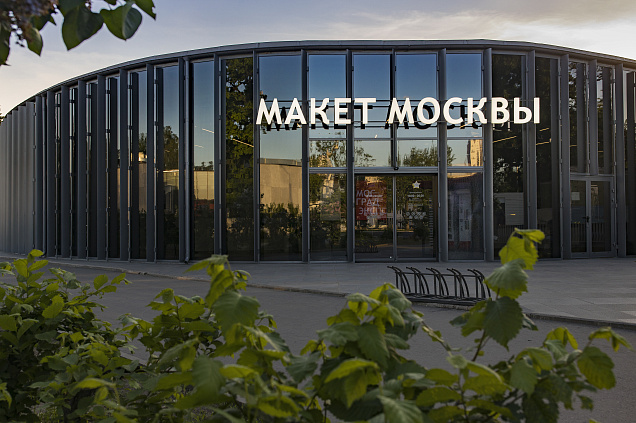 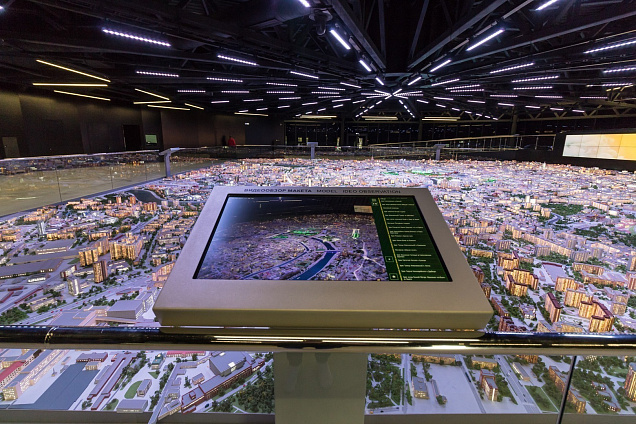 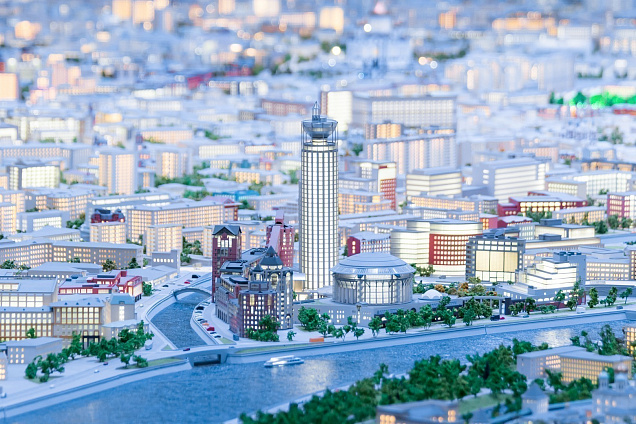 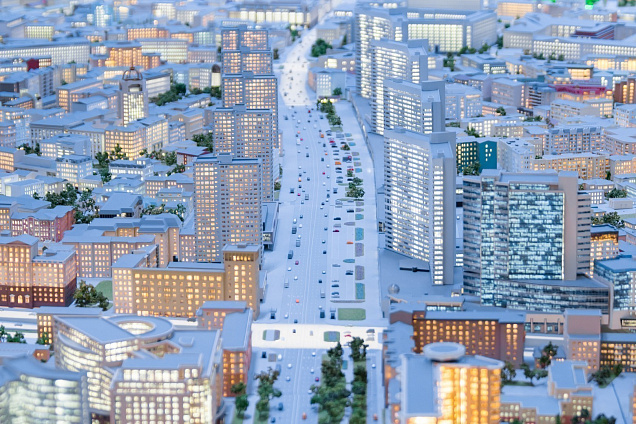 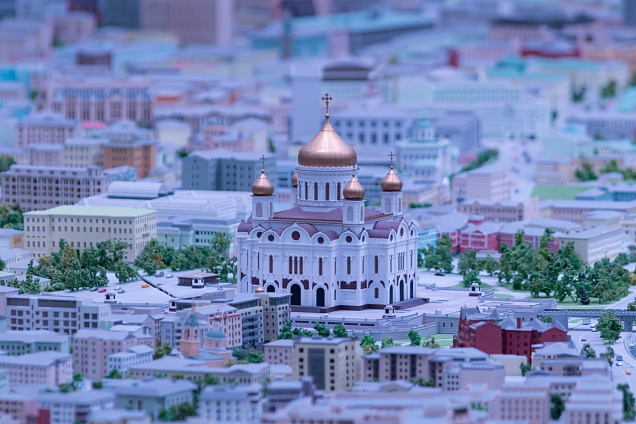 The Model of Moscow

The pavilion is open to the public.

The Model of Moscow Pavilion at Russia's No. 1 Exhibition reopened after renovation on 1 November 2019. The updated model is about 30% larger than its predecessor. The Moscow landmarks already existing in miniature have been joined by the Hotel Ukraina, Donskoy Monastery, Catherine Palace and many others.

What really sets this Moscow model apart is its incredible level of detail in buildings and its impeccably faithful reproduction of landscape features. The 23,000 objects scaled 1:400 cover a space of 429 sq.m.

Not only the iconic landmarks are there, like the Hotel Ukraina, Kievsky Railway Station, Andreyevsky Bridge, Donskoy Monastery and Catherine Palace, but lesser landmarks also. The illumination system has been enhanced as part of the overhaul: new model blocks have been installed and hooked up to the general illumination system while the existing light effects have been adapted to suit the new format.

The model's full-colour interactive illumination system makes it possible to reproduce the city's natural diurnal and nocturnal light with the option to emulate the movement of the sun, the clouds and other natural phenomena. Light shows are staged on a time-table with the aid of a wide-screen display, backlight, eight-channel sound system and video wall:

The average show is four to five minutes long.

The Model of Moscow exposition was based on the second floor of VDNH Pavilion No. 75 before June 2017. It was decided to build a dedicated temporary pavilion for the model in order to enlarge it by adding other central neighbourhoods of Moscow.

Construction began on a dedicated exhibition centre for Moscow's urban development, located on Sirenevaya Alley across from VDNH Building No. 461 Smart City, in July 2017. The temporary structure was built on a vacant site that was previously used for various household purposes.

The pavilion was designed to meet all the urban development requirements applicable to buildings within the boundaries of a cultural heritage site. The new pavilion blends perfectly into the historic space of Russia's No. 1 Exhibition as envisaged by the VDNH development master plan: the height limitations are observed and so are the standards on building configuration and outline.