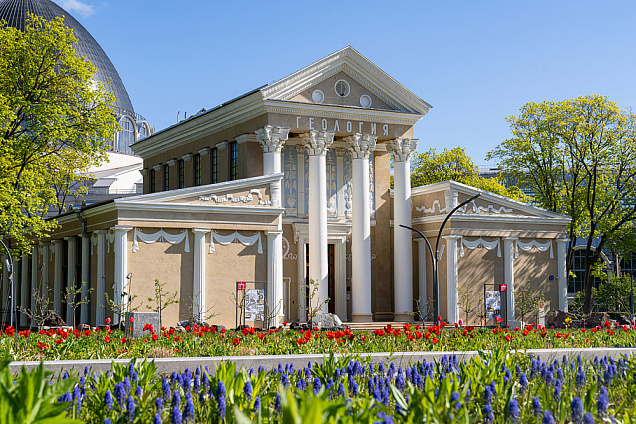 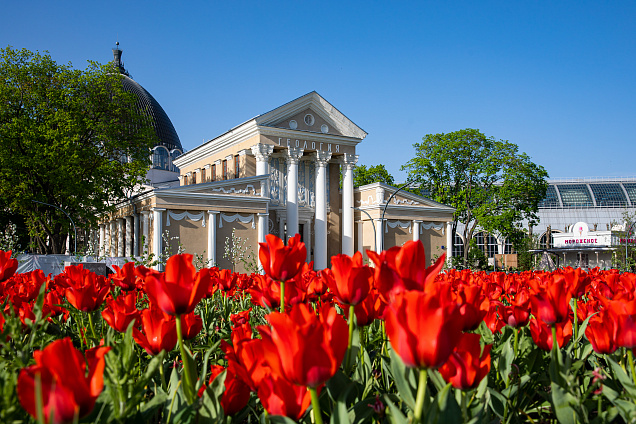 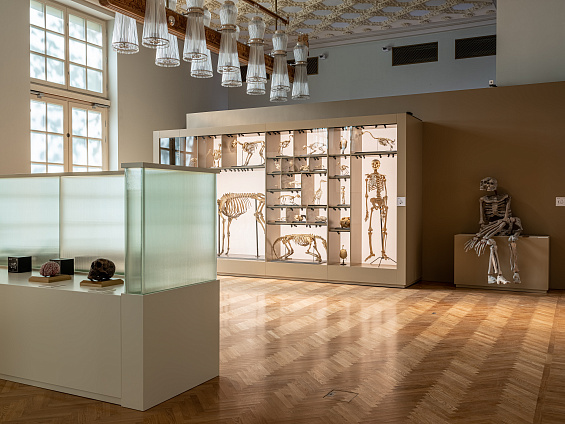 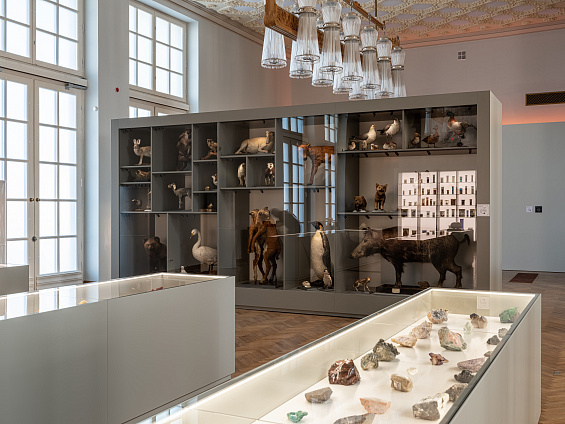 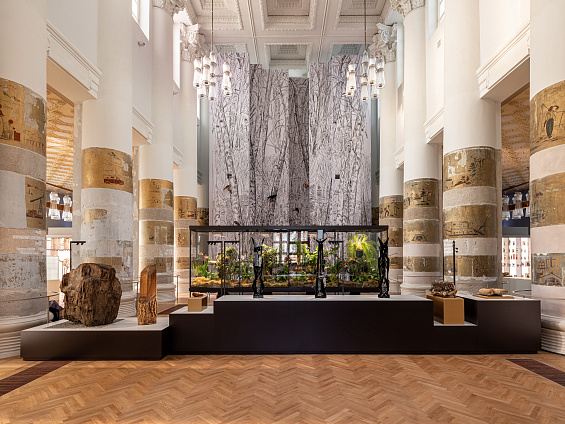 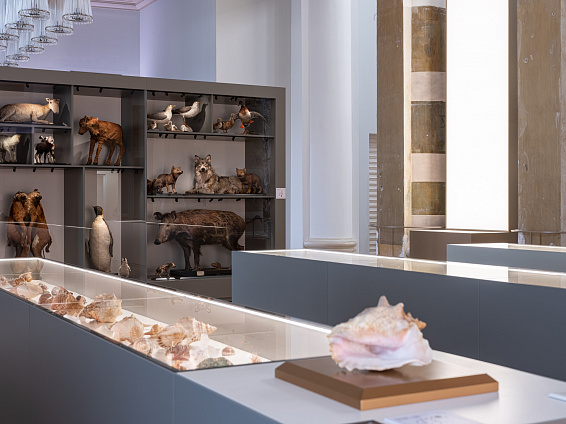 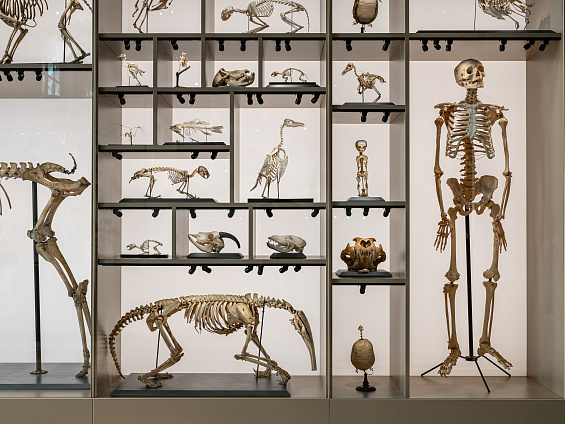 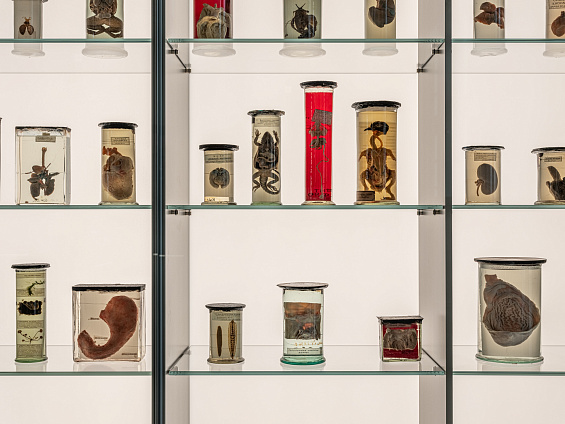 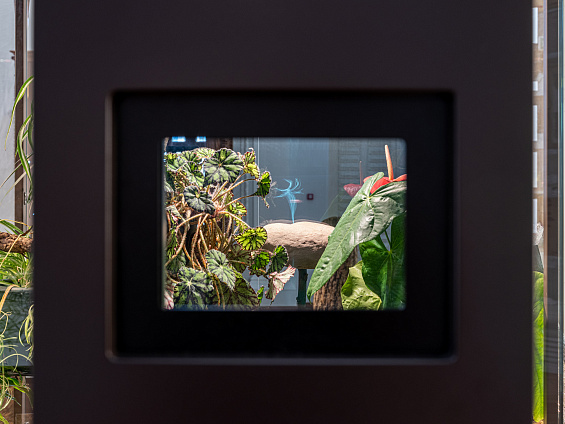 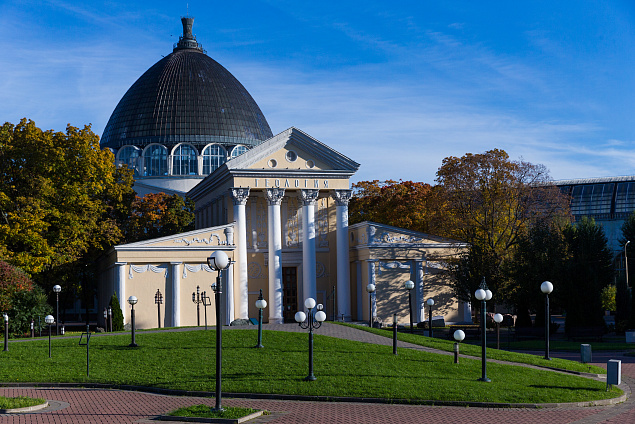 Pavilion No. 31. K. A. Timiryazev Museum

Today, VDNH is eager to cooperate with project leaders and their teams, cordially inviting them to execute their education and crafting initiatives, as well as interactive, educational, entertainment and exhibition projects, on the pavilion premises.

The pavilion was designed by architect L. N. Pavlov and built in 1954 .

The first wooden pavilion, dedicated to flax, hemp and new textile plants, was built here in 1937. Its design was conceptualised by architect K. N. Afanasyev. After entering this small plastered structure, the visitors found themselves in an inner courtyard. The courtyard was surrounded with see-through walls, with the exhibition halls visible through them. This gave the pavilion a weightless ambience, with a touch of countryside idyll.

During the reconstruction of the All-Union Agricultural Exhibition in 1950–1954, the pavilion was disassembled, and a new building was erected near the original site. L. N. Pavlov's design concept was meant to fit into the Exhibition's majestic post-war aesthetic. Finely wrought details and harmonic proportions secured its place in the array of the best samples of the Soviet Neoclassicism.

The centerpiece of the pavilion's antechamber is a towering peripteral structure of the Composite order, which dominates over the more austere Doric-order exhibition halls to its sides.

The architect's initial concept did not include any pediment or roof slopes, so these additions look somewhat alien if you inspect the building more closely.

The Flax, Hemp and New Textile Plants exposition featured numerous models, replicas and photographs, which demonstrated the latest equipment models, innovative achievements and development milestones in the respective agricultural fields. One of the guidebooks explained the role that flax and hemp were playing in improving the workers' quality of life: for instance, in 1938, the kolkhoz farms received over RUB 150 million in bonuses for the flax fibres and seeds that they had collected above the quota.

The exposition's logical culmination was a special space (located near the pavilion, on the old building's original site) for showcasing various types of equipment and tools that were used for cultivating and pre-processing flax, hemp, and other textile plants.

The pavilion was transferred to the All-Union Industrial Exhibition in 1956. For a few subsequent years, it continued to display the achievements in the textile and wool industry, and then the linen and wool industry.

But at some point, the building's theme changed dramatically. A new exposition, Geology, opened in Pavilion No. 31 in 1959. It featured a wealth of minerals and ores and told its visitors all about coal deposits and the modern advances in methodological and technical support for geological exploration.

One of its highlights was a specially designed electrified map that allowed exhibition guests to explore the most important mining regions. Finally, the open-air space outside the pavilion demonstrated drilling, geophysical and shaft-sinking and tunnelling equipment.

The exposition expanded significantly with time, eventually converting into a centre for demonstrating and deploying innovative techniques relevant to different aspects of geology.