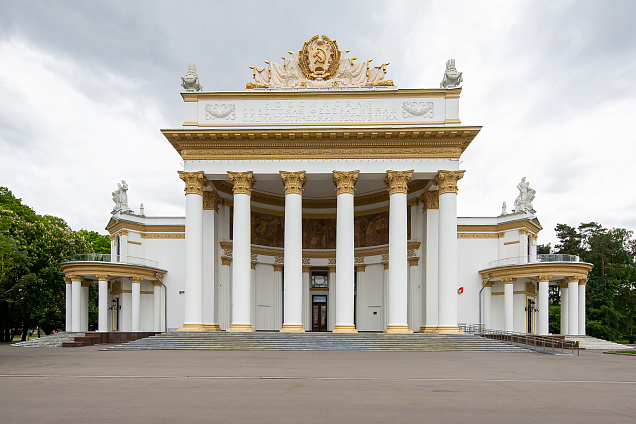 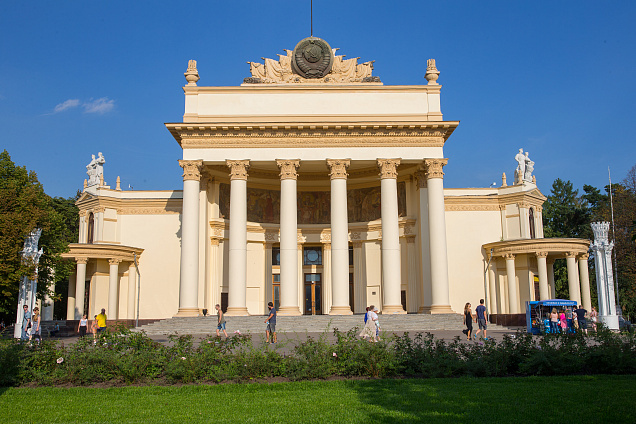 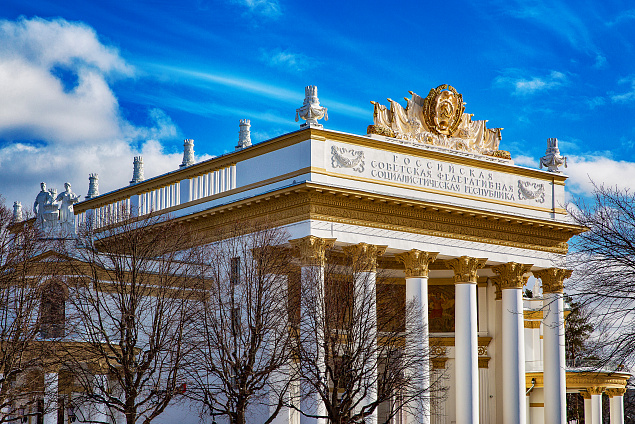 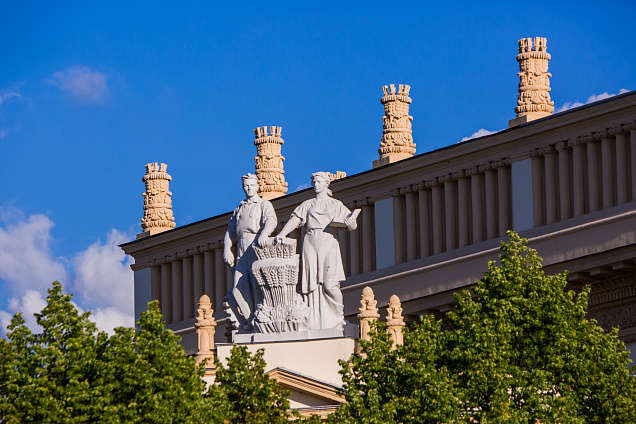 The Public Services Palace opened in Pavilion No. 71 on 18 December 2018. It was the 130th public services centre (Multifunctional Centre, or MFC) in Moscow and the first to record property title for properties anywhere in Russia.

The Public Services Palace at VDNH also houses the Museum and Exhibition Complex of Public Service History. The museum mainly covers three large topics: the history of Russian bureaucracy, formation and evolution of the Cyrillic script and writing implements, as well as evolution of office work in Russia.

The Museum and Exhibition Complex offers an extensive choice of amusements: you can try on a Petrine era bureaucrat's dress, have a historical ID issued with your name on it, try yourself in the role of a historical office clerk, telegraph operator or reference secretary, time travel to the past or future, or space travel to Mars. Come! It'll be fun!

The pavilion was built in 1954 to the design of Ruben Begunts and Sergei Nikulin.

The building was originally meant to house the agricultural achievements of the Central Black Earth Region, but authorities redesignated it as an RSFSR pavilion while the construction was still in progress.

The pavilion's architecture is predominantly classicist. The six-column portico on the façade lends a monumental character to the building. The Order of the Patriotic War is entreasured in its Corinthian capitals in lieu of a flower. Crowning the portico, the sculptural composition of horns of plenty and golden smalto-highlighted flags was previously centred around the RSFSR emblem. A medallion emblazoned with the Soviet national emblem was superimposed over it in 1967.

The rotundas on either side of the building's façade serve at the same time as decorative second-floor balconies. Towering over them are the sculptures of the tractor driver and kolkhoz woman by Pavel Bondarenko and Pavel Kenig.

The pavilion's lateral front, facing the northern rose garden, is emphasised by a semicircular apse propped up by decorative porticos and staircases.

The freezes and ledges are saturated with eloquent moulded decor featuring artfully executed sunflowers, oak branches, heads of wheat and sugar beets. The smaller sculptural forms on the parapet in the middle—the stylised torches and obelisks—are also worthy of note.

As VDNH was being primed for the grand exhibition in 1967 to celebrate the 50th anniversary of the October Revolution, a new two-storey building was erected behind the pavilion to house a cinema and an exhibition space (currently Building No. 457).

In 1977, Pavilion No. 71 showcased RSFSR's achievements over the 60 years of Soviet rule as part of the VDNH exhibition We Are One Country.