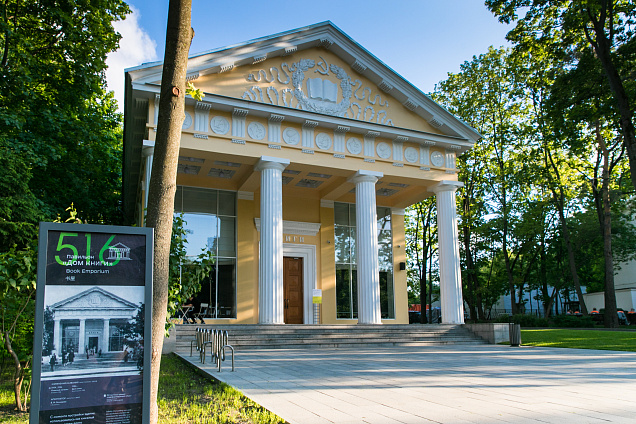 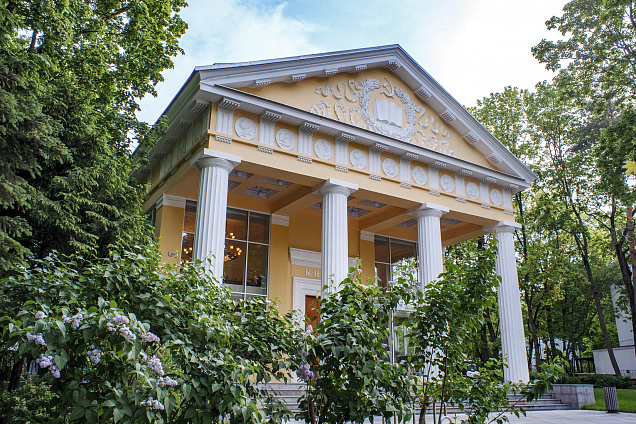 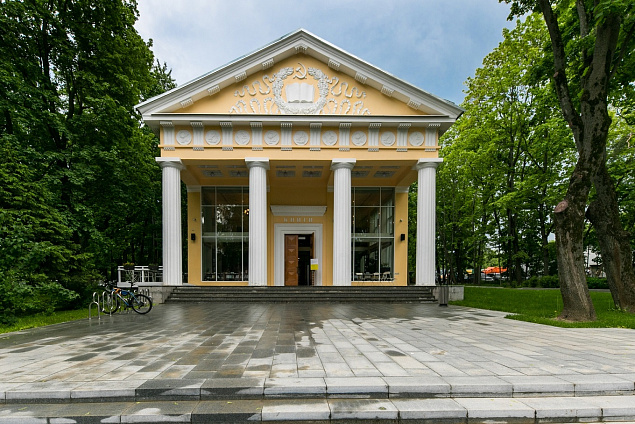 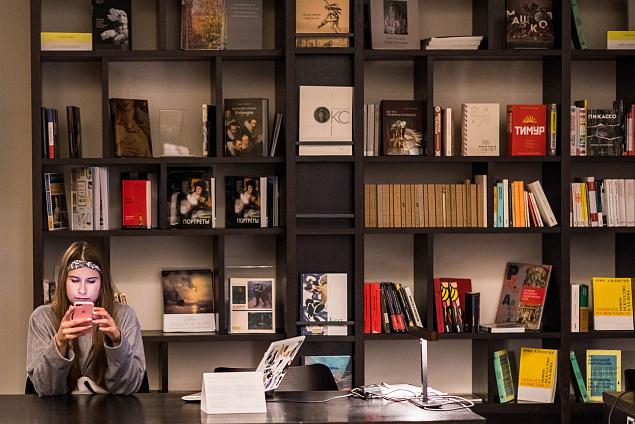 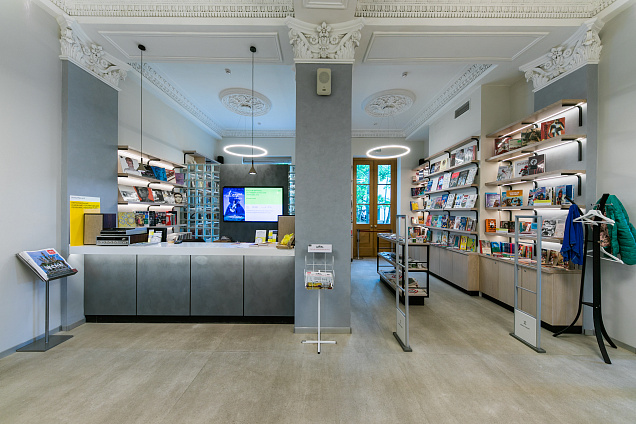 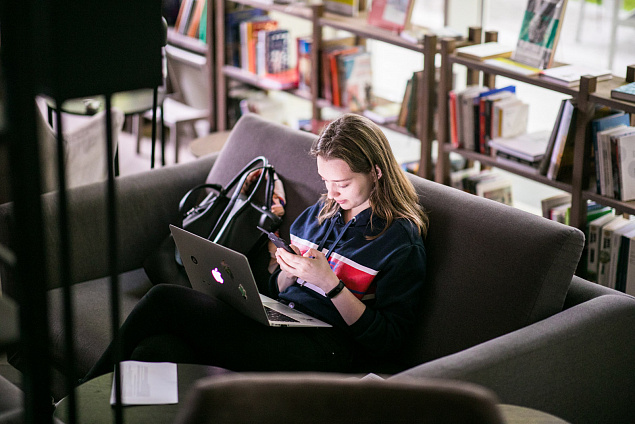 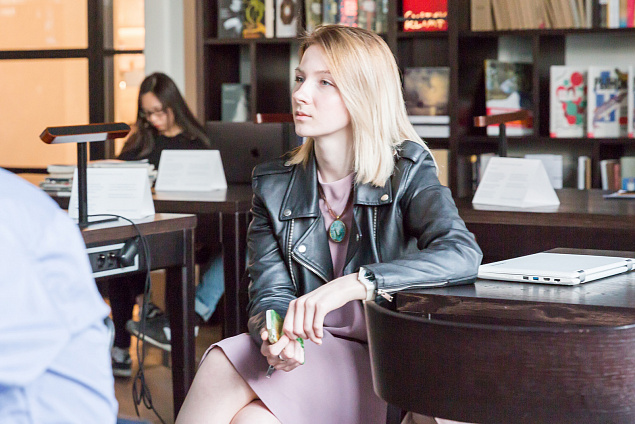 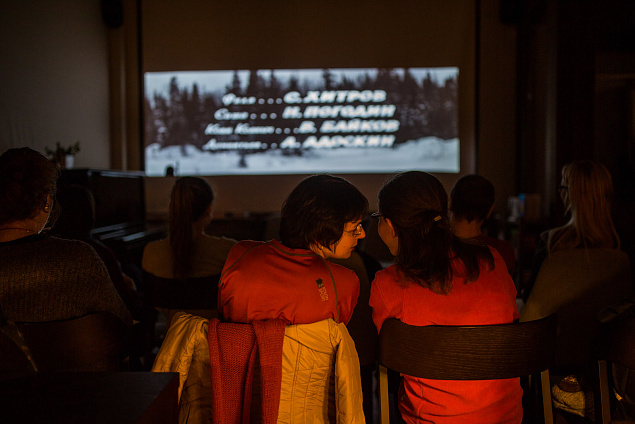 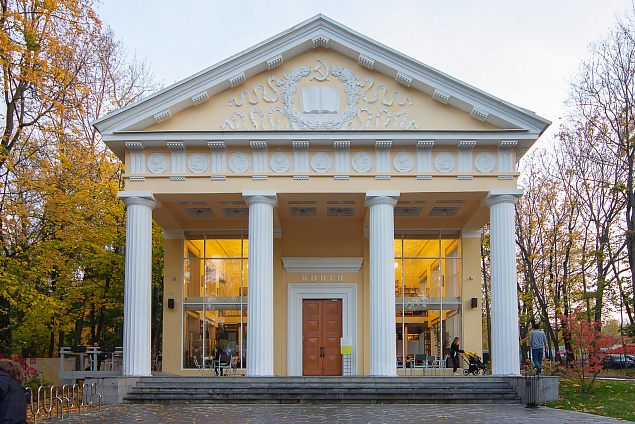 The Book Pavilion is open to the public.

The Book Pavilion is a book club that welcomes any and all visitors. Please come here to unwind with a good book, contribute to a discussion or an educational project, share ideas over a cup of coffee or purchase the latest in literature.

The austere exterior, reminiscent of an ancient temple, contrasts against sleek and cosy interior spaces. This place is truly a pleasure to be in, as it offers everything your bookworm heart desires: a snug café, a diverse cultural programme and, of course, so much to read. You can grab practically any book and settle in a comfy armchair to do research or escape to a make-believe world. And if you find yourself unable to let go, you will always be able to purchase your book and take it home.

The ROSIZO State Museum and Exhibition Centre and the Russian Military Historical Society opened this pavilion on 19 October 2017, with the support of the Ministry of Culture of the Russian Federation. Building No. 516 was meant to become a haven of intellectual leisure.

Following a renovation, its interior has been divided into several zones:

The Book Pavilion (Building 516) was erected in 1952–1954. Its architect, V. M. Bochkaryova, was also responsible for the post-war reconstruction of Pavilion No. 30 Oil Crops (Microbiology). It has an antique aesthetic, which was typical of the Soviet architecture after World War Two.

The highlight of the building is the four-column Doric portico, crowned with a triangular pediment. In the tympanum, there is a relief image of a book within a wreath of oak twigs. Surrounding this are a hammer and sickle with ribbons waving to the sides. Another important detail points to the book store's key specialisation: education. The education-themed medallions on the portico's frieze feature three repeating motifs: a drawing compass, a protractor and a sheet of paper.

The Book Pavilion has two floors: the ground floor used to be taken up by a sales area, while the first-floor section was called Books by Mail: any exhibition visitor could come there to place a mail order for a book they were interested in. Over the first three months of the Exhibition's post-war operation, as many as 4 thousand orders were completed, totalling RUB 140 thousand in value. The same section was also used for lectures, seminars and literature and music recitals.

The guests were particularly interested in the Exhibition guides and layouts, special literature on agriculture and science, the works of leading Soviet researchers, fiction and construction and art manuals.

The Book Pavilion continued to operate as a book store throughout its entire history, up until 2009. The remarkably pure classical architectural forms and perfect integrity of the original design make the Book Pavilion truly stand out among the other surviving structures of the All-Union Agricultural Exhibition.

The Book Pavilion stands at the highest elevation level throughout the entire VDNH, which can be interpreted as a symbolic nod to the role it played at the post-war expo and to the importance of printed literature during that period in history.